Transnet National Ports Authority’s (TNPA) Port of Ngqura is the only port with a green status in the South African port system and maintains this status through a number of innovative measures.“Ngqura is the only South African port that was subjected to environmental legislation during its entire development and will continue to be during its operation and future development,” said Mandilakhe Mdodana, Environmental Manager.The port’s ‘green’ initiatives include among others a number of unique biodiversity conservation programs…

Oiltanking Grindrod Calulo (Pty) Ltd (OTGC) and Transnet National Ports Authority (TNPA) has turned the first sod at the site of the Port of Ngqura’s future liquid bulk tank farm. This comes ahead of the planned decommissioning and rehabilitation of the existing liquid bulk facilities at the neighboring Port of Port Elizabeth, which will pave the way for Ngqura’s establishment as a new petroleum trading hub for Southern Africa.The new tank farm is expected to provide storage and marine infrastructure to support the overall petroleum demand projections for South Africa.

Transnet National Ports Authority (TNPA) will be implement several inter-port transfers within its complement of Harbor Masters, effective July 1, 2018.The changes will allow ongoing development of TNPA’s Harbor Masters through their exposure to other ports within the Ports Authority’s network of complementary ports. The transfers will also enable TNPA to fill the vacancy in the role of Harbor Master at the Port of Cape Town following the promotion of Captain Vernal Jones from Cape Town Harbor Master to Port Manager at the Port of Saldanha last year.TNPA’s Chief Operating Officer…

Port of East London to Expand its Petroleum Footprint

More than 100 attendees representing 97 companies have shown keen interest in the Port of East London’s plans to recommission an existing tank in the port for handling of liquid bulk and to introduce a liquid bulk terminal through a 25-year port concession awarded to a private, empowered entity.The companies attended a compulsory briefing on May 9, 2018 held by Transnet National Ports Authority (TNPA). TNPA recently advertised a request for proposals (RFP) – reference number TNPA 2017/01/013/CM – with the intention to appoint a terminal operator to finance… 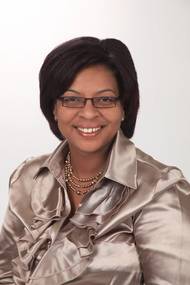 Transnet National Ports Authority has made several senior appointments that will assist the division to sharpen its focus on the delivery of its strategic objectives and improve operational efficiencies. The changes – which follow the recent resignation of the Cape Town and Saldanha Port Managers – will introduce new Port Managers in the Eastern Cape and Western Cape. TNPA will also establish a new department that will strengthen the authority’s research and development capabilities.

Collaboration between the Ports of East London and Ngqura, together with the South African Maritime Safety Authority (SAMSA), helped avert another potential maritime disaster in the Eastern Cape during the past week. Transnet National Ports Authority (TNPA) towed the BBC Shanghai, a 101 meter long general cargo vessel with 11 crew members on board, safely into the Port of East London on Friday, March 17, after she suffered engine failure en route from Durban to Lagos. One of TNPA’s new tugs – Shasa – which has a bollard pull of 70 metric tons…

On October 4 the new deepwater Port of Ngqura in South Africa witnessed the 984.2-ft long, 42.6-ft deep MSC Catania became the port terminal’s first commercial vessel. The docking of the vessel – while a major milestone for the port and the country – was used as a real live test-run for vessel operators to hone their skills in this first commercial container offloading at the Port of Ngqura. The MSC Catania is part of MSC’s Europe Service. It arrived en route from Durban where adverse weather conditions during the week had delayed its expected arrival at the Port of Ngqura.