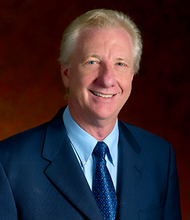 New rules coming into force from 2020 to curb pollution produced by the world's ships are worrying everyone from OPEC oil producers to bunker fuel sellers and shipping companies.The regulations will slash emissions of sulfur, which is blamed for causing respiratory diseases and is a component of acid rain that damages vegetation and wildlife.But the energy and shipping industries are ill-prepared, say analysts, with refiners likely to struggle to meet higher demand for cleaner…

Buckeye Partners announced the formation of a joint venture with Phillips 66 Partners and Andeavor to develop a new deep-water, open access marine terminal in Ingleside, Texas. The South Texas Gateway Terminal will be constructed on a 212 acre waterfront parcel at the mouth of Corpus Christi Bay. The facility is positioned to serve as the primary outlet for crude oil and condensate volumes delivered off of the planned Gray Oak pipeline from the Permian Basin. The terminal, to be constructed and operated by Buckeye…

Chinese importers expecting cargoes of U.S. commodities from beef to propane said they hope to sell the goods to South Korea or Japan after Beijing's decision to slap extra tariffs on a swathe of items from agricultural products to chemicals. Beijing on Wednesday hit back against the Trump administration's plans to impose tariffs on $50 billion in Chinese goods, retaliating with a list of similar duties on key U.S. imports including soybeans, planes, cars, whiskey and chemicals. The speed of China's move stunned financial markets.

Global liquefied petroleum gas (LPG) export volumes for the calendar 2015 reached 80 million metric tons, an 11 percent increase over the previous year. U.S. LPG exports alone reached a record of nearly 21 million metric tons, which is a 50 percent increase over the previous year. The U.S. became the largest LPG exporter in the world, accounting for 25 percent of the global seaborne export volumes, which were shipped to Central and South America, Asia, and Europe and the Mediterranean at about 43 percent, 29 percent and 26 perecnt, respectively. The strong LPG export volumes from the U.S.

Teekay Tankers Ltd. announced the appointment of Mr. Kevin J. Mackay as Chief Executive Officer (CEO) of Teekay Tankers, effective June 20, 2014. Mr. Mackay will join Teekay Tankers from Phillips 66 Corporation (Phillips 66), where he is currently head of the global marine business unit for this industry-leading downstream company. In this role, he is responsible for all aspects of marine transportation, including chartering, operations, demurrage, strategy & freight trading, business improvement and marine risk management.

Gasoline barge prompt cracks in northwest Europe gained on Monday, supported by exports to West Africa, the United States and elsewhere as demand builds ahead of the peak summer season. Reuters shipping data showed a flurry of new vessels booked to carry gasoline or its components. Litasco booked a tanker to carry gasoline to West Africa in recent days, while another cargo was headed for the Mediterranean, where demand has been robust, the data showed. PMI booked another for Mexico and Phillips 66 also fixed a cargo to cross the Atlantic, it showed.

In anticipation of the winter storm which came on the heels of Hurricane Sandy, spill response teams based on New York’s Staten Island stopped work for just a day. NOAA’s Office of Response and Restoration is continuing aerial surveys of Arthur Kill, the waterway spanning New Jersey and New York which experienced several hazardous spills in the wake of Hurricane Sandy. These surveys serve as reconnaissance for responders managing the oil spill cleanup. Major response operations for the diesel spilled at the Motiva Refinery in Sewarren…