Scottish Government identifies Dales Voe in Lerwick in Shetland  as “preferred site” for an "ultra deep water" decommissioning port after UK-wide feasibility study.Scotland’s supply chain could be set to win more large scale decommissioning projects, after Dales Voe in Shetland has been identified as the optimal location for an ultra-deep water port.The Lerwick location was selected following a UK-wide feasibility study, conducted by Ernst and Young, has as the optimal and most…

The Buchan Alpha oil production vessel has arrived safely in Lerwick, Shetland for disposal. A semi-submersible moored floating production vessel, weighing 12,000 tonnes, Buchan Alpha was built in 1973 as a drilling rig and converted for production purposes in Stornoway between 1978-80. The vessel commenced production in 1981 from the Buchan field, located in blocks 21/1A and 20/5A, and has subsequently also produced the nearby Hannay field. Production ceased, as planned, on 12 May 2017 having produced around 148mm barrels of oil.

Peterhead Port Authority is set to support the start of offshore construction work for the European Offshore Wind Deployment Centre (EOWDC) after signing an agreement to harbor the suction bucket jacket foundations for the 11-turbine scheme. The contract will see the port moor one of the world’s largest floating cranes, with a maximum lifting capacity of 5,000 metric tons, and up to six barges that will transport the 11 foundations - the heaviest of which weighs around 1,800 metric tons and is about 77 meters high. 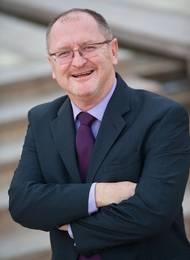 The oil and gas industry, led by its skill organization OPITO, is calling for immediate clarity on how the money from the new tax, raised through the Apprenticeship Levy, will be redistributed. OPITO is concerned that no decision has been made by the Scottish government on this, despite the UK government confirming the amount the Scottish government will receive and clarifying how the money will be spent in England. John McDonald, UK managing director of OPITO, said, “The apprenticeship levy will be introduced on April 1, 2017.