This year has seen record-breaking performance at APM Terminals Gothenburg and the return of major shippers and consignees to the terminal. Progress is set to continue as efficiency increases through automation, including self-service gates and Optical Character Recognition (OCR) for rail and truck gates due later this year.Over the last year, APM Terminals Gothenburg has implemented a number of concrete initiatives to improve the customer experience. These include maintaining satisfactory and stable production…

APM Terminals Elizabeth took delivery of four of the newest generation gantry cranes to better serve liner customers deploying larger ships. The cranes reach 23 containers across the vessel beam – equivalent to two thirds the width of a football field – and are part of the facility’s USD $200 million infrastructure investment plan scheduled for completion this year. “We are proud to offer our liner customers and landside customers this new service capability, increased productivity and deeper water depth…

Kansas City Southern (KCS) announced a new weekly service between the Port of New Orleans and Wylie, Texas (Dallas-market) beginning May 2018, relaunching intermodal service to this lane for the first time since 2005.“The return of the Kansas City Southern weekly intermodal service helps us capture greater market share and optimize throughput, with the ultimate goal of providing the best service possible to our customers,” said Brandy D. Christian, Port of New Orleans President and CEO, and New Orleans Public Belt Railroad Corporation CEO.

The first group of three, of a total of 12 advanced remotecontrolled ship-to-shore (STS) cranes, has departed China for delivery on February 15 to the new APM Terminals MedPort Tangier, Morocco terminal. Manufactured by ZPMC in Shanghai, the super post-Panamax cranes will be able to accommodate 20,000 TEU vessels, giving the facility an annual container throughput capacity of five million TEUs. “Our goal is to use proven technology to create highproductivity for our clients on one of the world’s most strategically important trade lanes on the Strait of Gibraltar… 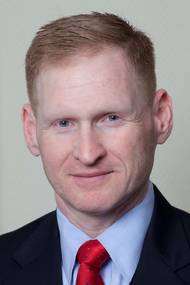 North American ports must adapt to changes in customer demand and future industry trajectory, said APM Terminals head of Hub Terminals, Jack Craig. “The customer landscape has changed and become much more competitive. We as an industry need to work together, adapt and respond or watch the cargo move elsewhere,” according to Craig. The vessel alliances now reshaping the industry have been a success for ocean carriers and their quest for cost savings, asset efficiency and economies of scale.

APM Terminals Port Elizabeth welcomed the 8,700 TEU capacity CMA CGM Bianca, marking the first call of the weekly Ocean Alliance US East Coast Loop 3 Service, providing direct service to the US East Coast from ports in China and Southeast Asia. After a formal welcoming ceremony held at the facility, APM Terminals Port Elizabeth hosted a reception for senior executives of Ocean Alliance member lines to commemorate the occasion. The CMA CGM Bianca arrived and departed on schedule with a berth productivity of 129.2 moves per hour (MPH) for the 4…

The 10 STS Cranes will be the tallest in service at any American port; new LED lighting on the crane booms will increase visibility while significantly reducing energy consumption, as capabilities expand to meet the needs of larger vessels entering into th global fleet. Los Angeles, California- APM Terminals has signed a contract for the enlargement of 10 STS cranes, including the raising of the overall height, and extension of the crane boom,to accommodate Ultra-Large Container Ships (ULCS) of up to 20,000 TEU capacity.

APM Terminals, the port terminal operator arm of Danish shipping conglomerate AP Moller-Maersk A/S, has signed an agreement to enlarge 10 STS cranes at its Pier 400 facility in the Port of Los Angeles. The 10 STS cranes will be the tallest in service at any port in the United States, capable of handling ultra-large containerships with capacities of up to 20,000 TEUs, according to port terminal operator APM Terminals. The contract was signed at a ceremony held at the APM Terminals Pier 400 Los Angeles facility…

Port security has too often lagged behind the demands of ever more vulnerable facilities with new technology often being deployed as an after-market add-on, rather than a homogenous part of the port’s day to day working. With new ports being developed on green or brown-field sites across the globe, it is now possible to design-in security from the planning stage. Dr. Mark Yong, Business Development Director for BMT, outlines the scale of the challenge and explains how port planners can help operational security.

Peel Ports, owners and operators of the Port of Liverpool, has achieved a major milestone in its multi-million investment programme to transform the port into Europe’s first semi-automated container terminal. The Navis N4 Terminal Operating System (TOS) and AutoGates are now live and fully operational following the construction and commissioning programmes. The new TOS and 10-lane AutoGates are the latest phase of new infrastructure in the company’s £300 million redevelopment project to expand and develop Liverpool2…