Optimarin is growing its staff to effectively handle the growing wave of ballast water management system refit activity.The company, which expects to double its turnover this year, has employed Leiv Kallestad as its new CEO, allowing Tore Andersen, the incumbent, to spend his time enhancing market focus and customer service. In order to handle the expected surge in retrofit installations, expected to peak in 2022-23, Optimarin will now make plans for additional expansion, with growth in the technical and sales departments.Optimarin has now sold 750 of its simple…

Norway's DOF Subsea has decided to hold off on launching its initial public offering (IPO), citing volatile market conditions. Company shareholders DOF ASA, with 51 percent, and a fund managed by First Reserve, with 49 percent ownership, announced in May that they were considering an opportunity for the company to apply for a listing on Oslo Stock Exchange. The shareholders have now decided to shelve these plans, instead opting to wait for market conditions to improve. “Since the review started…

Wage negotiations between Norwegian oil service workers and their employers failed early on Wednesday, the Industri Energi trade union said in a statement. The Norwegian Oil and Gas Association, which represents the employers, separately said the negotiations had been put on hold for the time being. The talks cover about 6,500 union members at around 60 companies that are suppliers to the oil industry. If the two sides fail to reach an agreement, the next move could be a round of mandatory negotiations hosted by a state-appointed mediator. 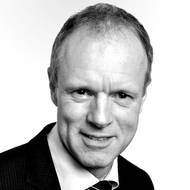 Access to capital for cash-hungry Norwegian offshore shipowners is expected to tighten further as lower activity and falling profits continue in 2016, the Norwegian Shipowners' Association said in its yearly outlook report on Tuesday. Since mid-2014, the price of crude has tumbled 66 percent, leading oil firms to cut investments to preserve cash and hence rent fewer drilling rigs, supply vessels, seismic ships and other equipment used in the search for oil and gas. In 2016, only 15 percent of the firms questioned by the association consider the access to capital as good…

Ocean Yield ASA has agreed to certain amendments to the charter agreements with Höegh Autoliners (Höegh) for four PCTC vessels on long term charter. Ocean Yield currently has two newbuilding PCTC vessels of 8,500 CEU capacity under construction at Xiamen Shipbuilding Industry Co. Ltd. The vessels are part of a series of six vessels, where Höegh has ordered four newbuildings and Ocean Yield two. Upon delivery, the vessels will be chartered out to Höegh on 12-year bareboat charters.

Cambridge, UK: AVEVA today announced that it has entered a multiyear agreement with Aker Solutions for AVEVA Everything3D (AVEVA E3D™). The Norwegian oil service company has selected AVEVA E3D to be its strategic 3D tool on plant design, modification and maintenance projects. This agreement is a continuation of a long-standing successful working relationship that spans more than 20 years. ‘The deployment of AVEVA E3D will enhance productivity, enabling Aker to execute larger, more complex projects with less risk using the best solutions available on the market.

Former Eni manager Stefano Cao will be appointed chief executive of Italian oil service company Saipem to replace Umberto Vergine at a shareholder meeting in April, two sources close to the matter said. "There's a consensus in the company and government on this position," one of the sources said. Cao, who was executive chairman of Saipem until 2000, was a long-standing manager at state-controlled oil major Eni, which he left in 2008. Eni, which owns 43 percent of Saipem, declined to comment. The board of Saipem will be renewed at a shareholder meeting scheduled for April 30.

Electromagnetic Geoservices ASA (EMGS) recorded revenues of USD 52.5 million in the fourth quarter 2014, up from USD 41.7 million in the third quarter and from USD 44.9 million in the corresponding quarter in 2013. Contract sales totaled USD 25.5 million, while multi-client sales were at USD 27.0 million this quarter. The Company had an EBITDA of USD 18.6 million and a net income of USD 15.1 million. The Company had record-high multi-client sales in the quarter, mostly from the library in the Barents Sea.

Some 10 pct of oil workers laid off; Energy sector at risk of cutting too much. Norway's offshore energy sector may be repeating the mistakes of the last big oil slump, removing too much capacity too soon and leaving the industry unprepared for any eventual rebound, senior sector insiders said. Faster than many others, western Europe's biggest oil producer is scrapping assets and laying off highly skilled workers even though rebuilding this capacity to meet future demand will be costly, time consuming and likely to accelerate cost inflation.

The new Board of Directors of Electromagnetic Geoservices ASA (EMGS) has reviewed the Company's organization, and has resolved to appoint Bjarte H. Bruheim as Chief Executive Officer of the Company effective from 7 January 2015. Bjarte Bruheim has been the Executive Chairman of EMGS since July 2004, and he has extensive experience from the oil service sector over the past 30 years. Consequently, the Company and Roar Bekker have agreed that Roar Bekker resigns from the Company. He has held the position as CEO of EMGS since 26 May 2009, and has been employed with the Company since 2007. 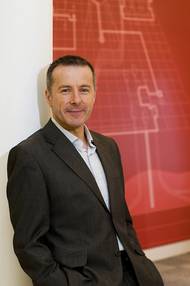 Italian oil service group Saipem said on Thursday it had set up a venture with energy consultant Xodus Group and Japanese engineering company Chiyoda to develop business in the subsea sector. Saipem, 43 percent controlled by Italian oil major Eni , said the new company called Xodus Subsea would provide services focusing on the early phase of projects. "We believe that the subsea sector is continuing to grow and through this partnership Saipem will gain an early understanding on how future projects are being developed," Saipem CEO Umberto Vergine said in a statement.

Norwegian oil service workers begun three days of wage talks on Tuesday, demanding a new collective agreement and higher pay, days after two unions representing platform workers broke off negotiations, raising the prospect of a strike. Oil service employees, working for firms such as Schlumberger, Halliburton, Aker Solutions and Baker Hughes, now have until the end of Thursday to reach a deal, otherwise talks would go to a government mediator before possible labor action. Platform workers staged a 16-day strike two years ago… 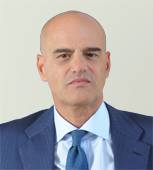 Claudio Descalzi faces a delicate balancing act as he takes the helm of Italian oil major Eni - guaranteeing Italy's gas supply by nurturing relations with Russia, while exploring new drilling frontiers in Africa and Asia to boost profit. The Italian government's choice of Descalzi, a longtime oil man with more than 30 years experience at the group, gives Eni a leader who is likely to push forward his predecessor Paolo Scaroni's efforts to focus the company on its nuts and bolts business of finding and mining new oil and gas fields.

Nor-Shipping 2013 'Agenda Offshore' hear the Director General of the Norwegian Shipowners’ Association pronounce the marriage of maritime and offshore oil and gas industries interests a success. The offshore industry is “a legitimate child” of the marriage between oil and gas as well as maritime companies. “It is maybe a relationship driven more by cooperation and innovation than by love or passion – a bit of an arranged marriage maybe – but today the offspring of this relationship are the specialized vessels…

NBGI Private Equity, investor in Aberdeen-based ATR Group, is acquiring the Aberdeen and Norway operations of Cosalt Offshore. The deal, due to complete later today, will reportedly stabilie the Cosalt business which has been through a difficult period in recent years, safeguard jobs and provide funding to capitalize on international growth opportunities. ATR chief executive, Keith Moorhouse, will lead the enlarged group. He said, “This deal will be welcomed by Cosalt’s staff, customers and suppliers as an end to a period of uncertainty. 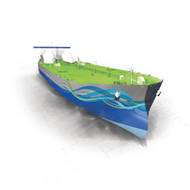 Aker Solutions' operating revenues in the second quarter of 2011 were NOK 7.8 billion. Earnings before interest, tax, depreciation and amortisation amounted to NOK 636 million. Order intake in the quarter was NOK 14.3 billion. "We have a strong order intake which reflects high tendering and activity levels across all business segments. In fact, our order backlog has increased 19 percent since the beginning of the year. This is in line with our long term growth plan. However, this…

Yard number 283 Sarah, type Ulstein SX121 Offshore Construction Vessel, was delivered to Marine Subsea on December 16. The vessel has been designed and constructed by Ulstein Group. The Ulstein SX121 offshore construction vessel features the characteristic Ulstein X-Bow, enabling her to operate under all weather conditions while remaining steady and comfortable for the crew. Equipped for 100 persons, the vessel is 393.7 ft long and 82 ft wide. She has a tower, moonpool, ROV hangar, crane and helideck. This is oil service company Marine Subsea’s first vessel from the Ulstein Group.

The National Subsea Research Institute (NSRI) has appointed Dr. Richard Neilson as academic research director. Dr. Neilson has more than 20 years experience as a lecturer and researcher in a number of Scottish Universities. During this time he spent four years on secondment with oil service company, Rotech Drilling Services, where he was responsible for the design and analysis of downhole tools. Dr Neilson has a PhD and BSc in Mechanical Engineering and an MSc in Biomedical Engineering.

Matters of fuel use, economy and emissions are “A-List” items on any vessel owner’s agenda, as skyrocketing prices for diesel and a spiraling maze of regulation regarding fuel content and emissions are pressing owners to adopt technical solutions. Maritime Reporter & Engineeing News recently spent some time with Dr. Jerry Ng Kok Loon, the founder and CEO of Blue Ocean Solutions, and one of the industry’s leading experts within emulsified fuel technology. Your company was created in late 2010, but actual research into your emulsified fuel technology stretches back to the 1980s.