US-based  offshore support vessel  (OSV) provider Seacor Marine has decided to sell its North Sea emergency response and rescue vessel business to North Star in a move to cut costs and generate cash to support its core business.Under the terms agreed, North Star will pay approximately US$25.1 million, said the provider of marine and support transportation services to offshore.Based on revenue targets in 2020 and 2021, SEACOR Marine could receive an additional consideration of up to US$5.2. The sale will close in December.

Malaysia-based integrated oil and gas services Sapura Energy Berhad has strengthened its presence in Mexico and Malaysia with new contract wins valued at approximately RM1.75 billion (USD 410 mln).The new contracts have lifted the company’s orderbook to RM18 billion and total contract wins to-date for this financial year to RM7 billion (USD 1.68 bln).Sapura Energy has built capabilities and expertise that are critical to support its clients in their quest to meet global energy demand and as a result…

Brazilian company GranInvestimentos and Dutch company Royal IHC are joining forces to deliver integrated life cycle solutions to customers in the oil and gas sector. Through this partnership, both companies are set to increase their operational and service activities, and expand their presence in Latin America. The association came into effect when IHC acquired a 50 percent share of GranEnergia – a subsidiary of GranInvestimentos that is active in the oil and gas market. The new partnership will be named GranIHC Services.

Ezra Holdings Files for Bankruptcy in US

Oilfield services firm Ezra Holdings of Singapore filed for U.S. Chapter 11 bankruptcy at the weekend, blaming a prolonged slump in the energy industry, Reuters reported. Ezra  has been facing hostile actions from creditors at home and abroad as it struggles to recover from a slump in oil prices over the past three years. The company filed voluntary petitions for reorganization under Chapter 11 of the US Bankruptcy Code, according to a stock exchange filing on Sunday. Ezra will… 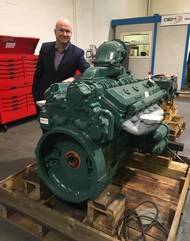 OEM Group said it has named Mike Macleod as its new finance director as part of the company’s growth strategy which aims to see its turnover increase by 25 percent to £3 million in the next 12 months. With more than six years’ experience working at director level, Macleod has joined the Aberdeen-headquartered marine and oil and gas services firm following 10 years at the oilfield services company Uniconn Group. Macleod has an Honors Degree in Law and Management from the Robert Gordon University.

Videotel, an international provider of e-Learning maritime training programs and a company of KVH Industries, Inc., has appointed Joe Pitcher as its sales director to lead business development efforts and liaise with Videotel’s global network of agents and sales offices.   Previously, Pitcher was head of sales at V.Group Marine Services, providing a broad range of business support solutions to shipowners and shipmanagers as well as shipyards, oil and gas services and marine equipment suppliers. Prior to that position, he worked in sales roles in the commercial maritime travel sector.

Shipping giant MISC Bhd and oil and gas services provider Bumi Armada Bhd are said to be in merger talk involving the consolidation of the floating production storage offshore (FPSO) businesses of both companies, say local media reports. Petroliam Nasional Bhd (Petronas) owns 62.67% in MISC. As such, investors could be anticipating that Bumi Armada may win Petronas contracts if a deal materialises. If it materialises the consolidation in the FPSO sector will also create a giant in the business.

International accountant and shipping adviser Moore Stephens said today that companies in the offshore maritime sector need to keep a close watch on costs and manage their exposure to risk in the wake of the dramatic fall in oil prices. “It is remarkable how quickly the dramatic fall in oil prices has fed through to increasing levels of financial stress in the oil and gas services industry, where the sudden drop to around $50 a barrel is triggering cost-cutting across much of the sector…

Strategic Marine, a specialist shipbuilder for the oil & gas sector, today launched the Jati Seven, its first ever Offshore 40 Generation 3 crew boat being built for long term customer, Dinastia Jati. Dinastia Jati is a prominent oil and gas services group based in Malaysia and the Jati Seven is the first in a series of three 3rd Generation vessels being built for them. The launch of Jati Seven represents the culmination of several years of evolutionary design and production. It also marks a new benchmark for the most efficient crew boat in the market for its class. 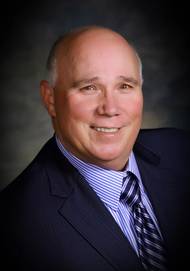 Wellsite Rental Services, LLC (WRS), a comprehensive, rental equipment provider for the drilling and production sectors of the oil and gas industry, has appointed Rex Ferrier as vice president - Texas operations. Ferrier joins Wellsite Rental Services with more than 36 years of experience in the oil and gas services business. Based in Victoria, Texas, he will manage WRS’ Texas operations, including quality control and customer relations as the company expands into Texas markets. 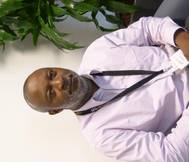 International energy technology services company Proserv has reinforced its expanding global reach by appointing a country manager in one of West Africa's emerging provinces. Olu Phillips takes up the post in Nigeria where Proserv has experienced rapid growth in demand for its integrated services and specialist technology. Olu, who has experience in the African and international marketplace, will be responsible for overseeing the company's operations in the region. Olu was previously chief financial officer (CFO) for oil and gas services company…

The merger earlier this year of Fugro's three UK-based environmental service providers to form Fugro EMU made it the largest organisation in the UK. Fugro EMU Limited, the largest commercial marine environmental services organisation in the UK, employs in excess of 220 staff with expertise in oil and gas, renewables, aggregates, ports and harbours, cables and pipelines. "Fugro EMU will build on the excellent reputation of the three predecessor organisations within all industry sectors.

Nam Cheong, Malaysia’s largest Offshore Support Vessel (OSV) builder, ends year with record number of sales. Sales of the Platform Support Vessel (PSV) and the two Anchor Handling Towing Supply Vessels (AHTS) are worth a total of US$  56.4-million, bringing the total number of vessels sold this year to 21. The PSV and AHTS vessels are being constructed as part of Nam Cheong's build-to-stock series in one of its subcontracted yards in China. The 5,000 dead weight tonne PSV has been sold to a new customer…

EnerMech has signalled it’s about to step up international expansion with the appointment of mergers and acquisitions expert Ingrid Stewart. Mrs Stewart has joined the mechanical engineering group from investment bank Simmons & Company International where she was a director specialising in corporate finance. A chartered accountant, she takes on the newly created role of Corporate Development Director, as the Aberdeen-based oil and gas services company embarks on a new phase of acquisitions and strategic joint ventures. 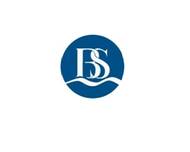 Braemar Shipping Services plc (“Braemar”, “the Company” or “the Group”), a leading international provider of broking, consultancy, technical and other services to the shipping and energy industries, today announces full yearresults for the year ended 28 February 2011. “Our markets in shipping and oil and gas services have had a turbulent year and against this backdrop the performance of the Group has been robust.

Yard number 283 Sarah, type Ulstein SX121 Offshore Construction Vessel, was delivered to Marine Subsea on December 16. The vessel has been designed and constructed by Ulstein Group. The Ulstein SX121 offshore construction vessel features the characteristic Ulstein X-Bow, enabling her to operate under all weather conditions while remaining steady and comfortable for the crew. Equipped for 100 persons, the vessel is 393.7 ft long and 82 ft wide. She has a tower, moonpool, ROV hangar, crane and helideck. This is oil service company Marine Subsea’s first vessel from the Ulstein Group.

For the first time in rig history, two identical jackup rigs have been named together by Keppel FELS Limited (Keppel FELS) and its customer PetroVietnam Drilling & Well Services Corp (PV Drilling). The naming of the twins, PV Drilling II and PV Drilling III, was witnessed by Senior Minister of State (SMS) for Trade & Industry and Education, Mr. S Iswaran at Keppel FELS today. Both rigs are built to Keppel’s proprietary KFELS B Class design, which is a choice rig for discerning drilling operators worldwide.