Gulf Marine Services (GMS), the leading provider of advanced self-propelled self-elevating support vessels (SESVs) serving the offshore oil, gas and renewable energy sectors, is looking at acquisitions due to opportunities in the market, reported Gulf News. GMS, which supports the oil and gas and renewable energy sectors with barges, has a fleet of fourteen vessels that help in offshore oil and gas platform refurbishment and maintenance activities, offshore wind turbine maintenance work, as well as offshore oil and gas platform installation and decommissioning, among other things.

Three workers are missing after an accident at an offshore oil platform in the Caspian Sea in Azerbaijan, Azeri state energy company SOCAR said on Friday. SOCAR said a small cabin, where workers were living, was washed into the sea from the platform during a heavy storm. "The accident did not affect the oil production process," the SOCAR spokesman, Nizameddin Guliyev, told reporters. He said that a search-and-rescue operation was underway. Four workers were killed and one went missing after a fire broke out on SOCAR's other oil and gas platform in the Caspian Sea in Oct. 2014.

It’s a powerful proposal. Keeping a 90-meter, 4,500-deadweight capacity platform supply vessel (PSV) stationary only a few meters from an oil and gas platform, as it transfers fluids, equipment and personnel in challenging weather conditions, is as much about power as it is about precision. With GE Power Conversion's dynamic positioning and vessel automation technologies, the Brazilian Shipyard Detroit Brasil Ltda. is constructing the next generation of PSVs for Brazilian operator Starnav Serviços Marítimos Ltda. 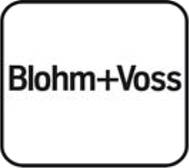 With the deal officially closed on January 31, 2012, the sale of the civilian Blohm + Voss companies – Blohm + Voss Industries, Blohm + Voss Repair and Blohm + Voss Shipyards (plus their subsidiaries) – to the UK investment company Star Capital Partners (SCP) is now complete. The purchase agreement between ThyssenKrupp Marine Systems AG and SCP for the acquisition of these companies was finalized on December 11, 2011. The new owners will continue to manage and develop the Blohm + Voss civilian business units.

ABB, the leading power and automation technology group, has won an order worth $110m from Eni Norway AS, to build a power link between a new oil and gas platform in the Barents Sea and the Norwegian power grid. The order was booked in the first quarter. The Goliat platform will be partly electrified by a 106 km subsea power cable, which can lower Goliat's carbon dioxide emissions up to 50 percent by reducing the need for electricity produced by the platform's gas turbines. The 123kV (kilovolt) 75MW (megawatt) XLPE insulated cable is claimed to be the longest…