London Offshore Consultants (LOC) Group announced the appointment of Nikos Benetis as Group Director of Hull & Machinery and Due Diligence Services.Nikos has been with LOC since 2017, previously in the role of Director of Financial Institution Advisory Services, and takes on his new role as part of the Group’s ongoing initiative to structure its shipping division to reflect the changes in the industry and client’s needs.According to a press release from the marine and engineering consultancy to the world’s shipping and offshore energy industries… 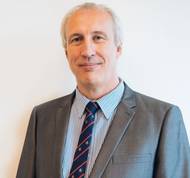 Braemar (incorporating The Salvage Association) has appointed David Faulkner as ‘Manager, Ports and Harbours (Middle East)’. David is a Master Mariner and pilot and will be based in the Braemar SA Abu Dhabi office. He has extensive experience in providing specialist port consultancy services on aspects such as vessel manoeuvring, navigation, VTS (vessel traffic service) and marine risk, as well as providing expert opinion services to the insurance and legal markets on navigation, unsafe berth and unsafe port cases.

Protea Investing for the Future

Protea, a deliverer of offshore handling equipment including cranes, winches and launch and recovery systems to global customers working in the on-shore and offshore energy industries, says its success in the turn-key engineering, production and delivery of products requires the right combination of people, processes and facilities. Despite the challenges currently facing the oil and gas sector, Protea reports it continues to invest in all three. “For the industry to thrive in the new oil price environment, our customers are looking for efficiency savings – to do more for less. 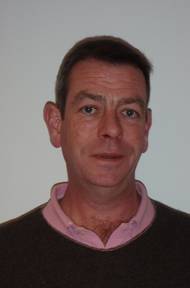 Norway-based boat handling system and specialized davit supplier Vestdavit has appointed Andy James as Director of Operations for the U.K. Andy James served 25 years in the Royal Navy as an engineer, including working ashore as a workshop manager in a shipyard and as a project manager for new equipment. At the VT Group (later BAE) he helped implement and provide a fully commercial model of support to a fleet of six RN warships. Rolf Andreas Wigand, Managing Director, Vestdavit, said, “The U.K.

GL Noble Denton Launches Marine Casualty Investigation Operations in Seattle. GL Noble Denton has expanded its Marine Casualty Investigation (MCI) practice in North America by launching operations in Seattle, a primary hub for marine insurance. The new base will allow the company's team of experienced surveyors to meet the growing demand for marine casualty investigations off the West Coast of the US and Canada. Activity in the cruise and offshore energy industries is rapidly developing in the region and GL Noble Denton's local presence will allow them to respond quickly to meet client needs. 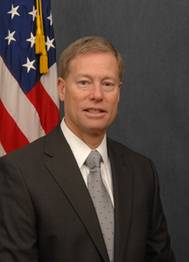 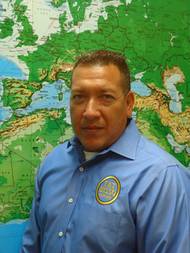 Oscar Lopez joins T&T Bisso as an Assistant Project Manager and On-Site Coordinator, bringing more than 10 years of experience in Salvage Logistics support and Project Management. After serving on active duty in the U.S. Army,  Lopez  began his maritime career as a Salvage Diver for Titan Salvage in Fort Lauderdale, Fla., quickly moving to take over the management of Titan's ocean going Jack-Up barge fleet as well as acting as On-Site Project Coordinator on international salvage operations.