Material handling equipment, like forklifts, are vital to a port’s day-to-day operations. Forklifts enable employees to keep containers and other heavy materials on the move during their shift. But due to the nature of the equipment, forklifts introduce some workplace hazards that crews need to be aware of — and know how to avoid.The Occupational Safety and Health Administration (OSHA) conducted a study analyzing forklift-related accidents, injuries, and fatalities and discovered the top six causes to be operator inattention…

A new model aims to help commercial and public organizations resume operations safely as restrictions around the COVID-19 pandemic begin to ease.Building on guidance from the Centers for Disease Control and Prevention (CDC) and the Occupational Safety and Health Administration (OSHA), ABS Consulting said its Restart Risk Model offers a way for organizations to systematically evaluate the risk of disease transmission to their sites, operations and work areas, and develop a plan… 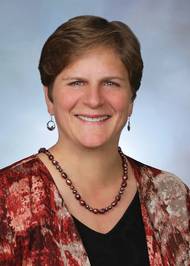 U.S. Coast Guard Guidance Helps to Bring some Clarity to the Debate. In July 2015, the U.S. Coast Guard released Navigation and Vessel Inspection Circular 01-15 (“NVIC”), titled Marine Casualty Reporting Procedures Guide with Associated Standard Interpretations. The purpose of the NVIC is to assist vessel owners and operators in understanding the marine casualty reporting requirements, which many in the industry think are about as clear as mud. Confusion as to what constitutes a marine casualty and what incidents need to be reported has persisted in the marine industry for years.

US Department of Labor's OSHA settles whistleblower case against New Orleans-based riverboat company; Agency found employee was illegally terminated under Seaman's Protection Act. The U.S. Department of Labor has entered into a settlement agreement with St. James Stevedoring Partners LLC New Orleans to resolve findings by the Occupational Safety and Health Administration that the company illegally terminated an employee for safety complaints, in violation of the Seaman's Protection Act.

Boston Whaler announced that its manufacturing facility has reached three million hours without a lost-time accident or illness. The facility has a long history of emphasizing and practicing worker safety in the production of its high-quality, “unsinkable” boats. “Safety and quality are a part of the Boston Whaler culture, and the extraordinary achievement of three million hours is a testament to that commitment,” said Boston Whaler President Tim Schiek. “Our employees care about what they do, and about the Whaler brand.

Huntington Ingalls Industries, Inc. (NYSE:HII) announced that its subsidiary, Continental Maritime of San Diego (CMSD), has been recognized for exemplary shipyard safety and received "star" status in the Occupational Safety and Health Administration's Voluntary Projection Program (VPP). "Receiving this status is the most important recognition our employees can receive because working safely is our top priority," said Daniel Flood, vice president and general manager, CMSD. "We have instilled awareness and accountability across the board…