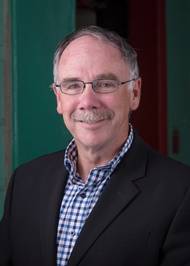 Hanlon will Retire as COVE CEO

Jim Hanlon has announced his plans to retire as Chief Executive Officer of the Center for Ocean Ventures and Entrepreneurship (COVE) in 2020.“I’m really proud of what we have accomplished at COVE”, said Jim. “At COVE, we’ve created a world-leading environment for ocean technology companies to come together and grow the ocean economy. It’s not a big surprise to the organization that I’m retiring, and I’m looking forward to seeing where COVE’s next leader will take us as COVE continues to grow and change”Hanlon…

The Port of Halifax, Nova Scotia, has implemented a ‘digitalization program’ to make it one of the most efficient and user-friendly ports on the eastern seaboard.Spanning 260 acres of federal land, Halifax Port Authority in Nova Scotia, Canada manages a diverse range of port properties and assets and, through its long-term capital plan, is steadily and strategically growing the size and capabilities of the port. HPA plans to produce a collection of assets designed to make Halifax…

How to get out of an upturned helicopter in the sea – fast!Based in Dartmouth, Nova Scotia, RelyOn Nutec Canada supplies a large number of services to the maritime sector ranging from strategic planning to the delivery of effective training programs. The company’s products and services include training delivery and management, competence management and crisis management, providing support not only to individuals in building their career skills but also to national and multinational companies in organizing their training…

Naval architecture and marine engineering firm KNUD E. HANSEN has set up a permanent presence in the east coast port of Halifax, Nova Scotia, allowing the Denmark based company to increase its focus on Canada’s growing maritime sector as well as the increased demand for Arctic ship tonnage.Halifax will serve as the home base for senior naval architect and project manager Sam Stark, who has been with the company since 2013. Stark is tasked with increasing awareness of KNUD E. HANSEN… 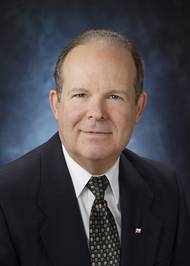 The 2017 cruise season in Halifax will be the busiest to date. A record number of passenger visits and vessel calls will get underway on April 24, 2017 with the arrival of the Amadea, a Phoenix Reisen vessel. “We are very excited about the year ahead,” said Cathy McGrail, Interim Vice President, Operations, Halifax Port Authority. From April 24 to October 31, the Port of Halifax is expecting 179 vessel calls carrying approximately 275,000 cruise guests. For local tourism providers, planning for the upcoming season is well underway.

Ports America and Sydney Harbour Investment Partners (SHIP) have announced an agreement for the promotion, development and management of Novaporte, the marine container facility in the Port of Sydney, Nova Scotia. SHIP has exclusive development rights to approximately 500 acres in the Port of Sydney and, with the support of Ports America and a specially formed development group, will build a dedicated, semi-automated, deep-water marine container facility capable of handling 18,000+ TEU vessels. Building will commence after establishing sufficient customer volume commitments.

Australia's Liquefied Natural Gas Limited (LNGL) has appointed Chevron executive Greg Vesey to replace company founder Maurice Brand as managing director and chief executive. Brand will continue on with LNG as an executive director until his retirement in June next year. Vesey, a 25-year veteran of Chevron, will be based in Houston, Texas. Greg brings a wealth of experience through his 35 years with Chevron Corporation where his responsibilities most recently included Chevron's Global Gas marketing and trading activity including extensive LNG development work.

Quebec-based Chantier Davie Canada Inc. presented a bid, potentially worth up to a billion dollars, to the federal government last month offering a Polar Class 3 icebreaker, three smaller River-class icebreakers and two multi-purpose research, border control and search and rescue ships, says a report in the Canadian Press. The proposal by Quebec-based Chantier Davie Canada Inc. has the potential to undercut one pillar of the national shipbuilding strategy, which delegates the construction of civilian ships to Vancouver's Seaspan shipyard.

The Cape Breton community is celebrating after the last scraps of a rusting shipwreck were finally hauled from the shores of Scatarie Island. Nova Scotia Lands has been overseeing the cleanup work removing the final remnants of the ill-fated MV Miner from Scatarie Island off Cape Breton. "This vessel was a concern for environmental, for safety, for economics,” said Nova Scotia Transportation Minister Geoff MacLellan. Antigonish contractor R. J. MacIsaac has removed the last bits of scrap and the workers camp from the shoreline where the bulk carrier ran ashore more than four years ago.

The Queen Mary 2 cruise ship called off the search for a crew member late Saturday after he went overboard off the coast of Newfoundland. Colleagues on the Cunard vessel spent five hours looking for the man as they made their way from Southampton to Halifax, Canada. A spokeswoman of Cunard cruise line said the search has now been called off. The company has not released the name, occupation or nationality of the missing crew member, who is not thought to be British. She said: "A search was carried out for a missing crew member on Queen Mary 2.

The Port of Halifax, Nova Scotia, may be getting a new lease on life with the arrival on August 3 of the CMA CGM Vivaldi at Halterm International Container Terminal. The 8478-TEU, 334-metre long Vivaldi is the largest container vessel to berth at Halterm and on Canada’s East Coast. Up till now, the biggest container vessels calling at Halifax were in the 7500-TEU range. CMA CGM Vivaldi docked with a cargo of containers from China, Vietnam and Malaysia for import into Canada and outbound containers for the ship’s next ports of call — New York, Norfolk and Savannah.

On-site workers acted quickly to contain an oil leak during the final stages of removing the wreck of the MV Miner off Scaterie Island, says the government of Canada’s Nova Scotia province. About 800 litres of oil was collected after a leak occurred during demolition of the wreckage of the MV Miner off Cape Breton's Scaterie Island. “Thankfully, the contractor already had preventative actions in place and contained the spill immediately,” said Transportation and Infrastructure Renewal Minister Geoff MacLellan.

The Applied Technology Group (ATG) describes is a team established with the goal of providing expanding technology leadership capabilities, multidisciplinary consulting services, the development of engineering analysis software and specialized contract research services in Canada and globally across the Lloyd’s Register (LR) Group. The Lloyd’s Register Applied Technology Group consists of 50 people in two locations in Canada, - Halifax, Nova Scotia and in Ottawa. •Public Safety: The development and application of explosive modeling and structural response analysis to protect soldiers…