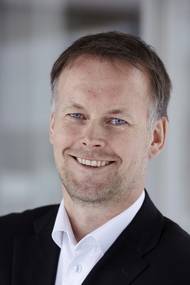 Kenneth Vareide has been appointed the CEO of DNV GL’s Digital Solutions business area, which is a provider of solutions for managing risk and improving asset performance.Its services are used primarily by the oil & gas, energy, renewable and maritime industries and it consists of close to 1,000 digital experts. Vareide joined DNV GL as a trainee in 1996 and most recently held the position of Digital Director in business area Maritime.“DNV GL has been a digital pioneer since the 1960s and it is an exciting and challenging time to pick up the CEO’s baton… 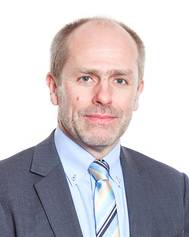 Prosafe Appoints Interim Chairman of the Board

Prosafe, owner and operator of semi-submersible accommodation vessels, informs that its Chairman, Harald Espedal, has notified the company that he will step down from his position as Chairman and Director of the Board “for work load reasons”. Prosafe’s board has accepted the resignation and appointed Glen O. Rødland as interim Chairman of the Board. Rødland, currently a senior partner at HitecVision, has 25 years experience in shipping, oil and gas and other industries, with extensive experience as an analyst and in corporate finance.

Gjesdal, VP & CFO of Kvaerner to Step Down

Kvaerner's executive vice president & CFO, Eiliv Gjesdal, has decided to seek new challenges outside Kvaerner, and will step down from the role as CFO as of 6 April 2016. He will work with special tasks until his notice period ends 30 June 2016. "Eiliv Gjesdal started as CFO in Kvaerner when the company was demerged from Aker Solutions in 2011. During a period of five years, he made significant contributions to Kvaerner's development and financial management. He has been an important part of our executive management team and has provided strong support to our colleagues.

Kildahl Named to Höegh LNG Board

Höegh LNG Holdings Ltd. has appointed Mr. Jørgen Kildahl to the Board of Directors of the Company with effect from 15 September 2015. The Board now consists of eight members. Kildahl has since 2010 been a Member of the Board of Management (Vorstand) in E.ON SE. He served as an Executive Vice President in Statkraft AS from 1999 to 2010, where he was also part of the Executive Management Board from 2001. Mr. Kildahl has also held positions in a PR consultant group, as fund manager and served at several boards. In his previous positions, Mr.

Torgeir Kvidal is appointed Acting CEO effective 7 October 2014, and Jørgen Ole Haslestad has resigned as Yara CEO. "Yara's Board have concluded that Haslestad is not the right person to lead the company going forward, also in light of the on-going talks with CF Industries. Haslestad would not have a role in a potential merged company," says Leif Teksum, Chairman of the Yara Board of Directors. "I would like to take this opportunity to thank Jørgen for his contribution to Yara, first as a Board member and since 2008 as CEO.

MCP’s Board of Directors appointed Frode Støldal as new CEO for the Telenor subsidiary. Støldal replaces MCPs founder, Knut Fjellheim, who has served as interim-CEO and now returns to his previous role as COO/CTO. Frode Støldal has vast management experience from across the Telenor-Group. Prior to his role as CTO in Telenor Norway where he was responsible for deploying a new LTE (4G) network, Støldal served as Head of Technology for Telenor in Asia, responsible for industrialization and common technology projects across Telenor Group.