The largest shipbuilder in Europe Fincantieri and the US Group Norwegian Cruise Line Holdings Ltd. signed a contract for the construction of two new generation cruise ships for the Oceania Cruises brand, with delivery scheduled respectively in 2022 and 2025, which will start the “Allura-Class”.The agreement has an overall value exceeding 1 billion euros.With about 67,000 tons and the capacity of accommodating approximately 1,200 passengers on board, these units will be the new flagships of Oceania Cruises future fleet…

Miami-based Norwegian Cruise Line Holdings reported third-quarter ended September 30, 2018 profit of $470.4 million compared to $400.7 million in the prior year. The cruise operator said in a investor release that its total revenue increased 12.5% to $1.9 billion. Gross Yield increased 4.5%. Net Yield increased 4.0% on a Constant Currency basis, outperforming guidance by 50 basis points. Norwegian expects to generate record earnings in full year 2018 and has increased its outlook above the high-end of its previous guidance range.

Norwegian Joy is US Bound

Norwegian Cruise Line’s first ship custom-designed specifically for the Chinese cruise market will be repositioned to sail from the United States starting in 2019.The nearly 4,000 passenger cruise ship Norwegian Joy is slated to sail seasonally from Seattle to Alaska in summer 2019 before making voyages to the Mexican Riviera and Panama Canal from Los Angeles in winter 2019/2020.Built by German shipbuilder Meyer Werft in 2017, the 1,094-foot-long, 167,725 gt Norwegian Joy was designed with finishes and amenities tailored specifically to the tastes of Chinese guests.

International law firm Watson Farley & Williams (“WFW”) advised Crédit Agricole Corporate and Investment Bank (“CACIB”), SACE S.p.A. (“SACE”) and a syndicate of banks on the delivery of the cruise ship “Seven Seas Explorer” built by the Italian shipyard Fincantieri S.p.A. “Seven Seas Explorer” was delivered to Explorer New Build LLC, a wholly-owned subsidiary of Norwegian Cruise Line Corporation Ltd, on 30th June 2016 and will sail as part of the Regent Seven Seas fleet. The SACE-backed loan facility of US$374 million was used to partially fund the construction of the vessel.

The Port of Seattle signed a 15-year lease with Norwegian Cruise Line Holdings (NCLH) parent company of Norwegian Cruise Line, Oceania Cruises and Regent Seven Seas Cruises. The deal secures NCLH ships in Seattle for the full term of the lease and provides passenger volume guarantees estimated to bring $73 million dollars of revenue to the port. “We thank Norwegian Cruise Line for their commitment to Seattle and the Alaska cruise business,” said Commissioner John Creighton. “Cruise in Seattle means $440 million in annual economic impact for this region.

Norwegian Cruise Line Holdings Ltd. (Nasdaq:NCLH) announced today that Jason Montague has been named President and Chief Operating Officer of Prestige Cruise Holdings, Inc. effective today, following the resignation of Kunal S. Kamlani. Montague was instrumental in launching Oceania Cruises in 2002 and is widely regarded as one of the original co-founders of the company. "As we continue to refine the future organization, Jason stands out as a leader who is knowledgeable about the brands and is so passionate about them…

Norwegian Cruise Line Holdings Ltd. announced today that Drew Madsen has joined the company as president and chief operating officer of Norwegian Cruise Line. Madsen brings more than 30 years of leadership experience in the hospitality and consumer products industry, most recently as president and chief operating officer at Darden Restaurants, Inc. Prior to Darden, Drew held leadership and marketing positions at James River Corporation and General Mills, among others. "Having delivered exceptional results during his tenure at Darden… 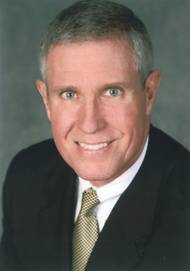