Scanship, a Norwegian company that produces wastewater purification and waste management systems for vessels, has been awarded an advanced wastewater purification system (AWP) retrofit contract by Norwegian Cruise Line Holdings (NCLH).The contract is to deliver and install a Scanship AWP system on their Nautica vessel operated under their Oceania Cruises brand.The system will process all grey wastewater sources and black water to the industry highest environmental standard. This…

Mediterranean resort town Cannes, France's fourth-biggest cruise ship port, will ban the most polluting cruise ships from next year in a bid to boost air quality in the city.The ban will target ships that do not respect a 0.1% cap on sulphur in their fuel and could stop some passengers from disembarking in the city famous for its film festival."It's not about being against cruise ships. It's about being against pollution," Cannes Mayor David Lisnard told Reuters Television in an interview.Under the European Union's clean air policy…

Cruise Ship Interiors Expo, a focused event dedicated exclusively to interior design, architecture, and outfitting for the cruise industry,  announced its first conference session to kick off the inaugural two-day event. Professionals at the forefront of the industry will share their expertise in ‘Cruise Industry Outlook: Leaders Debate’, on Wednesday, June 19, 2019.This conference session will focus on the newbuild order book, discussing how shipyards can respond to capacity issues, challenges around recruiting staff, economical concerns, and growth in the expedition market.

The largest shipbuilder in Europe Fincantieri and the US Group Norwegian Cruise Line Holdings Ltd. signed a contract for the construction of two new generation cruise ships for the Oceania Cruises brand, with delivery scheduled respectively in 2022 and 2025, which will start the “Allura-Class”.The agreement has an overall value exceeding 1 billion euros.With about 67,000 tons and the capacity of accommodating approximately 1,200 passengers on board, these units will be the new flagships of Oceania Cruises future fleet…

Miami-based Norwegian Cruise Line Holdings reported third-quarter ended September 30, 2018 profit of $470.4 million compared to $400.7 million in the prior year. The cruise operator said in a investor release that its total revenue increased 12.5% to $1.9 billion. Gross Yield increased 4.5%. Net Yield increased 4.0% on a Constant Currency basis, outperforming guidance by 50 basis points. Norwegian expects to generate record earnings in full year 2018 and has increased its outlook above the high-end of its previous guidance range.

Norwegian Joy is US Bound

Norwegian Cruise Line’s first ship custom-designed specifically for the Chinese cruise market will be repositioned to sail from the United States starting in 2019.The nearly 4,000 passenger cruise ship Norwegian Joy is slated to sail seasonally from Seattle to Alaska in summer 2019 before making voyages to the Mexican Riviera and Panama Canal from Los Angeles in winter 2019/2020.Built by German shipbuilder Meyer Werft in 2017, the 1,094-foot-long, 167,725 gt Norwegian Joy was designed with finishes and amenities tailored specifically to the tastes of Chinese guests.

Top luxury cruise line Regent Seven Seas Cruises says it's investing $125 million to renovate three of its ships. Beginning with Seven Seas Navigator (built in 1999)  this spring, the public spaces and suites of the Regent fleet will be updated to match the style of the new Seven Seas Explorer, which is scheduled to launch this July. Regent says the update will provide guests with a consistent look and feel across all of the line's ships. The Seven Seas Voyager will be refit in late 2016 and Seven Seas Mariner in the spring of 2017. 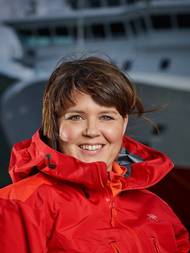 Norway-based cruise operator Hurtigruten AS has developed its own unique formula for developing cruise talent. The practice is already paying handsome dividends. Fun, luxury, experiences — that’s what cruise operators sell, and by all accounts, it is selling well. With bookings up three years in a row, competition for skills and customers is up. Increasing in frequency, too, are cruise-company launches of the largest floating cities ever. Yet, steaming up alongside for a share…

EMC has entered a long-term strategic agreement with Norwegian Cruise Line Holdings to deliver a faster Internet experience and premium entertainment over satellite to meet the rising expectations of cruise passengers, with demands for home-like performance and content. EMC’s recent innovations put satellite connectivity on par with meeting these skyrocketing needs, enabling Norwegian Cruise Line Holdings brands to provide an exceptional quality of experience for their guests.

Royals on the High Seas!

Regent Seven Seas Explorer is billed as the most luxurious cruise ship in the world. Her Serene Highness Princess Charlene of Monaco took the role of godmother. Dubbed as the ‘most luxurious ship ever built’, at a whopping cost of $450 million, Regent Seven Seas Explorer boasts one of the highest space ratios and lowest guest to cruise ratios in the history of cruising. Accompanied by her husband and Monaco's reigning monarch, Prince Albert II, the former Olympic swimmer  took the role of godmother and cut a red velvet ribbon.

The Port of Seattle signed a 15-year lease with Norwegian Cruise Line Holdings (NCLH) parent company of Norwegian Cruise Line, Oceania Cruises and Regent Seven Seas Cruises. The deal secures NCLH ships in Seattle for the full term of the lease and provides passenger volume guarantees estimated to bring $73 million dollars of revenue to the port. “We thank Norwegian Cruise Line for their commitment to Seattle and the Alaska cruise business,” said Commissioner John Creighton. “Cruise in Seattle means $440 million in annual economic impact for this region.

International law firm Watson Farley & Williams (“WFW”) advised Crédit Agricole Corporate and Investment Bank (“CACIB”), SACE S.p.A. (“SACE”) and a syndicate of banks on the delivery of the cruise ship “Seven Seas Explorer” built by the Italian shipyard Fincantieri S.p.A. “Seven Seas Explorer” was delivered to Explorer New Build LLC, a wholly-owned subsidiary of Norwegian Cruise Line Corporation Ltd, on 30th June 2016 and will sail as part of the Regent Seven Seas fleet. The SACE-backed loan facility of US$374 million was used to partially fund the construction of the vessel.

The chief executives of the world's largest cruise companies will participate in a wide-ranging discussion on the health and future of the global cruise business at Cruise Shipping Miami 2015's State of the Industry session on March 16-19 at the Miami Beach Convention Center. The panel will be moderated by Richard Quest, CNN's foremost international business correspondent and presenter of "Quest Means Business" and the monthly "CNN Business Traveller" programs. The State of the Industry panel includes Arnold Donald…