Servogear announced it has seen record sales during the first quarter of 2021, and has established an order back-log of $14 million for delivery in 2021, compared to total sales of $9.1 million for the whole of 2020, driven by orders for zero emission propulsion systems for high-speed passenger ferries and cruise & sightseeing vessels for tourism.The company is also a provider of propulsion systems to highspeed crew transfer vessels used to ferry service personnel to and from offshore wind turbines…

A new on-demand service for movies, news and information has been built and launched for mariners working on board the typical deep-sea merchant vessels.While crew welfare in the form of modern IPTV entertainment is now part of the expected in some maritime segments, this is not the case in a typical tanker, bulk and container vessels, where the technology is often perceived as being too complicated and costly, says Norway-based BazePort.The company is now launching a new service…

After a highly volatile 2020, shipbroker Simpson Spence Young (SSY) looks at the next 12 months and highlights areas of particular interest in their 2021 Outlook Report. The report looks at various drivers of the shipping markets, including how the developing emissions regulations may affect commercial fleets and shipping investments.Contributions come from a range of senior research and broking experts and cover dry bulk, tanker and gas freight markets; shipping investments, CO2 emissions, FFAs, metals and energy derivatives. 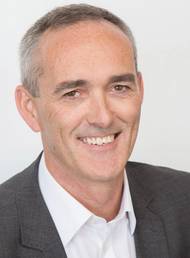 Karsten Sævik has been named managing director of the New Havyard Ship Technology AS (NHST) shipyard in Leirvik, Norway, replacing outgoing managing director, Erlend Hatleberg, who has chosen to seek new opportunities outside the Havyard Group, the company announced Tuesday.Sævik brings to the role high-level experience in vessel construction and operations, having previously held roles as VP of projects and newbuilding at Odfjell ASA, CEO at Remøy Shipping and CEO at Ulstein Verft.The new managing director joins NHTS at a time of transition following last year's bankruptcy.

Ammonia Fuel Cells for Deep-Sea Shipping: A Key Piece of the Zero-emissions Puzzle

Interest in ammonia-powered fuel cells for the maritime sector is growing, but stakeholders have been hesitant to commit to investments in large-scale systems. Now the ShipFC project is aiming to secure a place for ammonia in the future of deep-sea shipping.The project will equip the offshore supply vessel Viking Energy, owned and operated by Eidesvik and on contract to energy major Equinor, with a 2-megawatt (MW) ammonia fuel cell, allowing it to operate for at least 3,000 hours annually on clean fuel.

Many of the world’s biggest lenders to shipping companies fell short of carbon-cutting targets last year in the first analysis of CO2 goals for the sector by financiers, a report showed on Wednesday.Global shipping accounts for nearly 3% of the world’s CO2 emissions and the industry is under pressure to reduce those emissions and other pollution. About 90% of world trade is transported by sea.Last year, a group of leading banks signed up to environmental commitments known as the Poseidon Principles… 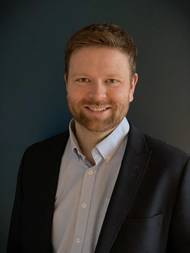 Havyard said that its complete hydrogen system for ships will be completed in 2021, and to that end the group is establishing a separate company to meet market demand for the solution, which will make it possible also for large ships to sail longer distances with zero emissions. Premised on the international mandate to dramatically reduce emissions from ships, Gunnar Larsen, CEO of the Havyard Group, said "We are seeing increasing interest in the market for hydrogen. This form…

One Norwegian shipyard has opted to focus on ship repair and service versus newbuild -- and downsize too -- to ride out COVID-19 and its impact on the world economy.New Havyard Ship Technology announced that it will restructure its operations into a repair and service yard and reduce the number of staff, as employees were informed today at the yard in Leirvik."The strategy of becoming a service and repair yard is absolutely necessary to keep as many jobs as possible," said Gunnar Larsen, CEO, Havyard Group.

A next generation automated vacuum mooring solution from Cavotec is designed to reduce fuel consumption and increase port productivity by simplifying and accelerating the mooring process. Cavotec, a Swiss-headquartered manufacturer of connection and electrification solutions for the maritime industry, on Tuesday launched its MoorMaster NxG with the goal to “revolutionize the way ships enter and leave ports,” enabling ships to dock in as little as 30 seconds.Mikael Norin, Cavotec CEO…

IMO, IAPH Partner to Reduce Emissions from Ships and Ports

A new strategic partnership to strengthen cooperation between ships and ports to reduce greenhouse gas emissions has been signed (on 13 October) by the International Association of Ports and Harbors (IAPH) and the GreenVoyage2050 Project, which is executed by IMO.The partnership will result in collaboration to jointly deliver technical cooperation and capacity-building activities to support implementation of an IMO resolution (MEPC.323(74)) which encourages voluntary cooperation…

Norway-based ship management company OSM Maritime said Monday that it is nearing a deal to acquire Singapore-headquartered competitor SeaTeam Management from Frontline Ltd and Golden Ocean Group Limited.The acquisition, which is in final negotiations and remains subject to definitive documentation, is expected to be completed within the next 30 days, OSM said.“We look forward to finalizing our agreement with Frontline and Golden Ocean, after engaging in a very constructive dialogue,” said Tommy Olofsen, chair of OSM Maritime.

Seatankers, the powerful holding company of Norwegian-born billionaire John Fredriksen, said on Thursday it had hired a veteran fund manager to broaden the group’s portfolio and bring in outside capital in a new unit.Vegard Soeraunet, until recently an investment director at Norway’s ODIN Fund Management, will be in charge of “long-term and active ownership” outside of Seatankers’s shipping and offshore oil services industries, the company said.“Getting the opportunity to take this to the next level with a new structure under Seatankers, is a great opportunity,” Soeraunet said in a statement.I

Norway-based Yara Marine Technologies says it is running a competition for start-ups to accelerate the growth of technologies and solutions that will contribute to a greener maritime industry.“Our corporate mission is to nurture the next generation of high value, high performance sustainable ocean technologies,” says Yara Marine CEO Thomas Koniordos. “With this new program, we are seeking to position Yara Marine in the global start-up space while developing new opportunities for…