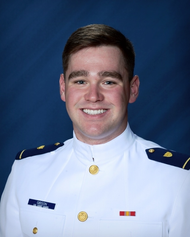 The first building-block for AIDA Cruises’ second LNG-fueled cruise ship was put in place at the Neptun Werft shipyard in Rostock, Germany.The two trainees, Charleen Hoffmann (AIDA Cruises) and Kenny Schaft (Meyer Werft shipyard) placed the traditional lucky coin beneath the first of a total of 90 blocks.On the occasion of the keel-laying, the name of the new ship and its first routing were announced: the ship will be named AIDAcosma, and will be cruising from Kiel to the Norwegian…

To accommodate Dachser’s consistent growth in the industrial goods and refrigerated foods sectors, the logistics solutions provider is investing $20 million dollars to build a new branch as well as a new transit terminal in northern Germany.Expected to be completed in the third quarter of 2020, the new facility will be located in the Neumunster region. On August 7, 2019, the groundbreaking ceremony was conducted to celebrate the new facility, which will employee around 30 people.Construction work on the more than 600-square-foot plot of land will start at the beginning of September.

The latest newbuilding of Holland America Line’s fleet (HAL) “Nieuw Statendam” arrived in the Port of Kiel from Stockholm for its maiden call in the last week, on Thursday morning (23rd May).During the on-board reception, the Managing Director of the Port of Kiel , Dr Dirk Claus, welcomed the ship’s Captain to the State Capital City of Schleswig Holstein and presented him with the handmade plaque for the vessel’s maiden call manufactured by the metal artist Patrick Schloßer.Dirk…

German LNG Terminal GmbH, the joint venture driving forward Germany’s first LNG terminal in Brunsbuettel, has reached another long-term commercial capacity agreement with an unnamed global LNG player.The gas infrastructure company consisting of N.V. Nederlandse Gasunie (Gasunie), Oiltanking GmbH and Vopak LNG Holding B.V said in a press release that the parties agreed on the commitment of a substantial part of the terminal capacity.Negotiations with other interested parties are ongoing.

The cruise ship Aurora, part of the fleet of the English shipping company P&O Cruises, arrived early Tuesday morning for her first visit to the Kiel Fiord.The ship’s maiden call also marked the 150th visit to Kiel this year by a cruise ship. Nicole Claus, Cruise Shipping Director of the PORT OF KIEL said: “Actually it’s the very first time ever that we have registered 150 visits in a single season. The arrival of the Aurora is a milestone which underscores the development of Kiel…

The ‘CMA CGM Antoine de Saint Exupéry', the largest containership ever to call at the port on the Elbe, berthed in Hamburg early on Thursday morning, 15 March. The maiden call by this ocean-going giant is a further milestone in the Port of Hamburg’s success story as one of the world’s most important and state-of-the-art container handling hubs. The triumphant advance of the container, which has revolutionized the worldwide transport industry, commenced in the Port of Hamburg on 31 May 1968. With the ‘American Lancer', a containership berthed at Burchardkai for the first time that day.

Nauticor has conducted the largest-ever LNG bunkering operation in Germany in the Elbehafen in Brunsbüttel. The hopper dredger "Scheldt River" received 85 tons of the environmentally-friendly fuel in a truck-to-ship operation this week. Additional LNG bunker operations for "Scheldt River" are already scheduled for the Elbehafen. On Monday, February 12th, Elbehafen Brunsbüttel, part of Brunsbüttel Ports GmbH, has established itself once again as an appropriate location for liquefied natural gas (LNG) bunker operations.

Anticipating further growth in maritime cargo transport by rail, experts from the rail and port sector are going for digitalization and automation. The ‘First Rail Conference on Cargo Transport by Rail and Ports’ brought together numerous experts from the railway network, rail operator, shipowning, terminal and port operation fields. The attendance of 200 filled all available seats in the conference room of the Hotel Baseler Hof. Acceptances on this scale underlined that a rail conference with the focus on freight transport and the ports has been lacking in Hamburg.

The port of Kiel is extending its services in combined traffic with a new direct train connection between Kiel and the Adriatic port of Trieste in Northern Italy. “This is a milestone for Kiel as a logistics hub,” said Dr. Dirk Claus, Managing Director at PORT OF KIEL. The destinations of the train - Kiel and Trieste - are points of departure for efficient ferry lines to Scandinavia and to Turkey. The direct train connection was initiated by the logistics company EKOL. Stena Line…

Experts of politics and industry engaged in a lively discussion on 21 September 2016 during the Fehmarnbelt Days in Hamburg’s HafenCity University. The panel discussion, which was organised by Port of Hamburg Marketing (HHM) as a partner in the EU Interreg Baltic Sea Region Programme project TENTacle, was dominated by one question: What effects will the Fehmarnbelt fixed link have on intermodal freight flows between Northern Germany and Scandinavia? Yet all were unanimous on one point: The tunnel is coming.

Family owned and Bremen based shipyard, Luerssen acquired storied shipyard Blohm+Voss in Hamburg, the company announced on Wednesday, September 28, 2016. With the acquisition of Blohm+Voss, Luerssen said it is entering into a long-term relationship to strengthen its portfolio in the repair and refit activities for yachts, naval and commercial ships as well as enhancing its naval new build activities within their corporation. The contract between Luerssen and the funds of British private equity investor…

The Liebherr offshore crane division installed a board offshore crane, type BOS 35000 on the heavy lift barge “Giant 7”. The state of the art offshore crane will be used for wind plant installation in the Baltic Sea region. The entire project starting from design through manufacturing to final assembly and testing has been conducted in the company’s production site in Rostock, northern Germany. The crane was especially developed for the use on the “Giant 7”, a heavy lift barge. On arrival at the Liebherr Rostock facility in January, the crane installation started immediately.

Hamburg Cruise Center (HCC), the marketing initiative for the cruise destination Hamburg, has appointed Matthias Rieger as its new managing director with effect from August 1, 2015. Rieger takes over the post from his predecessor Nadine Maraschi (née Palatz). HCC chairman Dr. Stefan Behn presented the new managing director to the association members at the mid-season HCC event on July 29, 2015. “In appointing Matthias Rieger as head of HCC we have succeeded in gaining an acknowledged expert with longstanding experience not only on the purchasing side…

ABB, the leading power and automation technology group, has successfully commissioned and handed over the DolWin1 offshore wind grid connection to the Dutch-German transmission system operator TenneT. The 800 megawatts (MW) High Voltage Direct Current (HVDC) link connects offshore wind farms around 75 kilometers off the German coast in the DolWin cluster, with the country’s transmission grid. The DolWin1 grid connection can integrate 800 MW of offshore wind power, enough to supply around one million households with clean energy.

G-7 Speaks Out On Chinese Maritime

Foreign ministers from the Group of Seven major nations have warned against “any attempt to assert territorial or maritime claims through the use of intimidation, coercion or force” — a message apparently aimed at China. It is for the first time that G7 has adopted a document focusing on maritime security, giving member Japan new backing in its bid to step up pressure on China over territorial issues. The G-7 statement comes as China is carrying out reclamation work on disputed…

The 29th of December 2014 DFDS Logistics will have the 1st sailing on the new route from Northern Germany to Norway. The loop of the new route will be Oslo-Halden-Bremerhaven-Hamburg-Oslo. The vessel on the new route will be MV Lysvik Seaways, a 7409 GT multipurpose vessel with both container and sideport cargo capacity. DFDS Logistics will be able to offer a very strong short sea product for commodities like containers, RDF/SRF, paper reels & other forest products, palletized break bulk cargo, project cargo etc.

In the first quarter of 2014 total throughput in the Port of Hamburg reached 35.6 million tons, representing 8.6 percent growth. Both general cargo throughput totalling 25.2 million tons (+ 10.8 percent), and bulk cargo throughput at 10.4 million tons (+ 3.5 percent), ensured especially strong growth for Germany’s largest universal port. “In the first quarter of 2014 we in the Port of Hamburg succeeded in maintaining the previous year’s positive growth trend. Our outstanding growth…

World’s most powerful HVDC Light® sets new record voltage level of ±320 kV- more than 50 per cent higher than existing record. The HVDC Light converter station was energized at the Dörpen West substation in northern Germany, for the Dutch-German transmission system operator, TenneT. This station is the receiving end of the DolWin1 transmission link, which will integrate 800 MW of offshore wind power generated in the North Sea into the European transmission system and will operate at the new record voltage level of +/-320 kilovolts (kV).

Northern Germany's Nordic Yards contracted by Denmark's DBB Jack-up Services to construct a Wind Turbine Service Jack Up Vessel (WTSJUV). The production of the vessel will be carried out at the yards in Rostock-Warnemünde and Wismar and will take approximately one year. Start of construction is planned for spring 2013, delivery scheduled for spring 2014. Additionally, there is an option for the construction of two more vessels. This special vessel commissioned from Nordic Yards will be used for servicing offshore wind turbines and is able to work under the most challenging conditions.