India's container trade growth slowed to 1 percent (9% in the same period last year) in Q2 2019 on account of various factors like growing trade tensions and slump in manufacturing sector, Maersk said."The slow down is due to a cocktail of international factors such as slowing trade growth, and growing trade tensions – coupled with domestic factors like rural consumer distress, tightening liquidity and a slow-down in key manufacturing sectors. Combined, these triggers impacted the country’s economic activity…

India’s containerized trade growth slowed to 1% (9% in the same period last year) in Q2 2019, due to a cocktail of international factors such as slowing trade growth, and growing trade tensions – coupled with domestic factors like rural consumer distress, tightening liquidity and a slow-down in key manufacturing sectors. Combined, these triggers impacted the country’s economic activity, slowing overall import-export growth.West India delivered the highest growth with imports growing at 4% and exports at 11%.

India’s containerised trade with the world has grown steadily, recording an overall import-export trade growth of 6% according to the Q4 2018 trade report released by Maersk, the world’s largest container shipping company.Increasing demand for refrigerated cargo from India coupled with improved trade relations with China with introduction of favourable trade policies, has driven exports to grow a healthy 3% in Q4.The demand for India-made goods such as vehicles, cereals and rice…

In the past one year, Maersk Line, the global containerized division of the Maersk Group has enabled movement of multiple consignments of complex cargo out of India successfully, said a press release. Due to its global presence and network, the exporter network of India has been able to successfully reach out to newer geographies. Commenting on the achievement, recently appointed Managing Director for Maersk Line (India, Sri Lanka, Nepal, Bangladesh, Maldives and Bhutan), Steve Felder said, ”In the past 18 months or so, we have expanded our horizon in various new commodity categories. 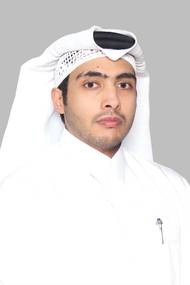 Qatar Navigation (Milaha), a maritime and logistics conglomerate based in Qatar, has signed an agreement with the Kandla International Container Terminal (KICT) in India, to start the first direct common carrier feeder service between Saudi Arabia and India. The frequency of the first-of-its-kind service will be weekly and will connect the Gujarat port of Kandla directly with Jebel Ali in Dubai, and Dammam and Jubail in Saudi Arabia. The service, named KDX (Kandla Dammam Express)…

Branch will coordinate support for Mumbai High oil field. GAC India has opened a new office in Pipavav to cater to the needs of the growing number of vessels calling at the port and principals using it as a base for operations in the Mumbai High oil field, off the country’s west coast. With this expansion, GAC has a total of 27 offices in 22 locations across India. The new office at the Gujurati port is fully licensed, equipped and manned to provide a wide range of ship agency services and to handle cargo shipments, spare parts, customs clearance, and much more.