Change of Management for Nortek

After over two decades at the helm of Nortek, a specialist in oceanographic instrumentation, Atle Lohrmann is taking on new challenges at newly started Hefring Engineering in Boston. Nortek’s new CEO, Finn Ivar Marum, has been entrusted with the task of ensuring Nortek’s continued growth.Nortek was established in 1996, when Atle Lohrmann set up offices outside Oslo, Norway, and started building up production capacity for Doppler instrumentation.Since then, Nortek has grown rapidly, with its revenues increasing from $985,000 in 1996 to $24.6 million in 2018. 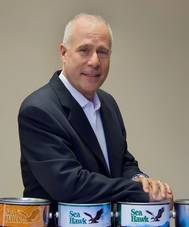 Mike Detmer has been appointed to the position of chief operating officer at New Nautical Coatings, Inc. Based at the company’s headquarters in Clearwater, Fla., Detmer will report to Erik Norrie, co-founder and chief executive officer at Sea Hawk Paints. His responsibilities will include overseeing day-to-day operations as well as executing key strategic growth initiatives. Prior to joining New Nautical Coatings, Inc. and the Sea Hawk brand, Detmer spent two years as president of the Niles division of Nortek, Inc.’s AVC Group.