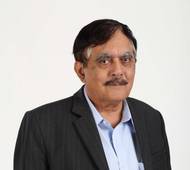 IRClass Takes Over Chairmanship of IACS

Arun Sharma, Executive Chairman of the Indian Register of Shipping (IRClass), has been elected as the new Chairman of the International Association of Classification Societies (IACS) in a recent Council meeting held in Busan, Korea.Sharma took over as Chair on July 1st and has outlined his key priorities during his year long tenure which includes IACS to take a larger role in industry matters with a view to provide value added services to owners on the implementation of regulatory…

Intermarine UK struck an agreement with a Chinese manufacturer to make the Port of Portland one of the UK’s centers for scrubber installation.Intermarine President Slawomir Kalicki signed the agreement at Norshipping in Oslo with counterpart DB Wang deputy general manager of the Shandong Pure Ocean Technology based in Renhe Town in the Shandong province. The deal will see Intermarine act as an agent to Shandong and offer to install its scrubber systems to a wide variety of vessels to help them meet tough new environmental regulations.

Global maritime software solutions provider Nautisk has announced that it is working with MarineMTS to provide automatic ENC updates to vessels sailing with ECDIS. Marine MTS will provide both the hardware and the protocols needed to access the ECDIS with Nautisk providing the content and software. The new system will be available for the customer’s own ECDIS system and will harmonize with NaviPlanner, Nautisk’s new voyage planning software which will launch later this month at Norshipping. “Our products and services are truly unique, based on a solid foundation of testing and development.

Embedded computer systems developer RECAB AB has entered into a contract with AKVA Group ASA for the delivery of its solutions to the fish farming industry.   The frame agreement signed during Norshipping 2015 will see AKVA group deliver RECAB's embedded computer systems to the global fish farming industry.   Michael Ullskog, CEO of RECAB Embedded Computers AB, said, “We have developed pilot series with great success, and this agreement formalizes a long-term relationship with AKVA group which is a world leader in its market.”

What’s Next for Shipping?

Close to 1,000 maritime exhibitors showed off the breadth and diversity of the shipping industry at this week’s Nor-Shipping, the bi-annual event that opened in Oslo on 1 June. About 35,000 delegates from 70 countries are expected to attend more than 100 events during the weeklong event that celebrates its 50th anniversary this year. The speakers said that innovation and investment are key to boosting the maritime industry to new levels. A mix of geopolitics, regulatory pressure, innovation and business issues were discussed at the NorShipping. 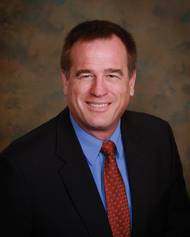 An expensive new Convention, ratified and now in force, brings many things to international shipping and, in exchange, promises to take away much from the bottom line. What will it mean to you and your operations? MarPro contributor Gary English helps to sort it all out. The Maritime Labor Convention (MLC) of 2006 is a product of the International Labor Organization (ILO), which aims to provide a consolidated legal framework governing the rights of seafarers, updating and supplanting previous applicable international conventions. 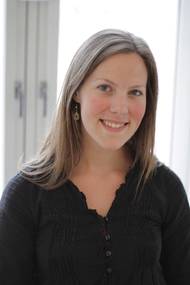 The new generation is now, and Liodden challenges maritime stakeholders to take a fresh look at how to recruit the industry’s future leaders. It takes energy to keep up with Oslo-based Birgit Liodden. Maritime Professional magazine nevertheless caught up with her long enough at the annual Connecticut Maritime Association’s 2013 Shipping Conference to gain some insights into what makes her tick, and more importantly, why. The well-regarded young shipping professional was in town to serve as the keynote speaker at the eighth annual WISTA USA luncheon, kicking off the CMA event in March.

Training can often assume intimidating dimensions and become a worrying bottleneck in any change process or industry transformation. The ECDIS mandate is a prime example. The significance of training was underlined by José Sergio Gabrielli, head of Petrobras, when speaking about development of Brazil’s Santos basin field at the 2011 NorShipping Conference. “We will have to train at least 200,000 people […]. It is a long term human resources challenge,”he told Conference delegates.

Rolls-Royce received its first order for vessels based on the Group’s award-winning Environship concept. Rolls Royce will design and provide integrated power and propulsion systems for two technologically advanced cargo vessels, which have been purchased by Norwegian transportation company, Nor Lines AS. These highly efficient ships incorporate a striking wave piercing bow,  gas powered engines and an innovative Promas propulsion system, which combined, significantly improves the overall performance of the vessel, increasing fuel efficiency by up to 18 per cent. 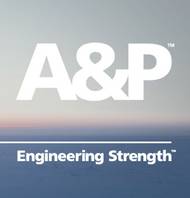 A&P Group is embarking on a strategic marketing drive to promote its engineering and fabrication services to new industry markets particularly the oil and gas and renewable energy sectors. The company has unveiled a new corporate ID and brand styling in line with its vision for the future to become a leading international marine engineering organisation. The new look, alongside the business and marketing strategy, demonstrates that A&P Group’s engineering capabilities and services are extensive and reach beyond the shipping industry…