Japanese shipping giant MOL's Chemical Tankers unit has agreed to take full control of Triton-owned Nordic Tankers. The deal expected to close in February 2019.Denmark-based Nordic Tankers said in a press release that its current sole shareholder Triton agreed to sell and deliver 100% of shares to MOL Chemical Tankers (MOLCT) and MOLCT buys and takes delivery of 100% of shares of NT from Triton, in each case together with all rights attached to them on and with effect from the…

Danish shipping company Nordic Tankers, Dania Ship Management and Danfoss IXA have been cooperating on testing new innovative technology for monitoring emissions on an ongoing basis.The chemical tanker company hailed that the result is a front runner solution to ensure global enforcement of the IMO’s requirements for sulphur emissions way before any legislation is pushed through.“The sensor equipment from Danfoss IXA is an innovative piece of technology that enables ship owners to continuously prove compliance with the IMO’s requirements for sulphur emissions.

Nordic Tankers and Embarcadero Maritime (a joint venture between Borealis Maritime and KKR) have signed and closed an agreement to sell the jointly held company Crystal Nordic to John T. Essberger in Hamburg, a leading owner and operator of chemical tankers in Europe. Crystal Nordic was established following the combination of Nordic Tankers’ inter-European stainless steel chemical tanker business with Crystal Pool in 2015. The parties have agreed not to disclose any financial information.

Nordic Tankers and Borealis Maritime Ltd has announced the intention to form a jointly held company, Crystal Nordic A/S – a strong player in the short-sea, ice class chemical tanker trade in the Baltic and North-Western European market. Crystal Nordic A/S will be owned on a 50/50 basis by Nordic Tankers and Embarcadero Maritime (Borealis Maritime). The new company will take over the respective ice classed stainless chemical tankers businesses from its owners, which currently operate under the Nordic Tankers and Crystal Pool trade names.

Trident Alliance, the shipping industry initiative for fair competition through robust enforcement of maritime sulphur regulations, explores solution initiatives and welcomes four new members. Since its inception in July, the Trident Alliance has engaged in a number of industry conferences, working groups and media interviews to realize its objective of raising awareness around the lack of enforcement of sulphur regulations and the risk to human health, the environment and fair competition that this entails. 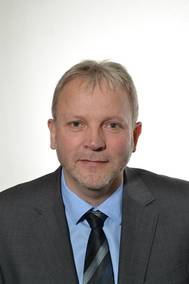 Thome Ship Management has added to its senior management tier by appointing Steen Nygaard Madsen as Chief Operating Officer (COO) for the Thome Ship Management Tanker Fleet. Madsen will take up the position on June 1 this year, bringing with him experience in running ships, stemming from his seagoing career as well as his time with A.P Moller in Copenhagen where he was operationally responsible for a large section of its fleet. Previously, he was also Technical Director for Nordic Tankers/Herning-Shipping . 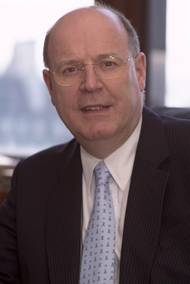 "The industry witnessed another dismal year as weakness in freight rates and asset values persisted in 2012. This resulted in a spate of defaults, restructurings and bankruptcies as shipping companies struggled with the poor market conditions. Unfortunately, FSL Trust was not spared from the unprecedented downturn. FSL Trust reported full year 2012 revenue of US$106.1 million, which was 4.2 per cent lower compared to the previous year. Net cash generated from operations declined by 25.4 per cent to US$47.6 million. 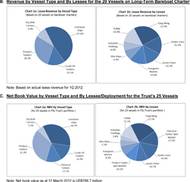 SINGAPORE – FSL Trust Management Pte. Ltd. (FSLTM), as trustee-manager of First Ship Lease Trust, announced the financial results of FSL Trust for the quarter ended 31 March 2012. Revenue for 1QFY12 rose $2.2 million or 9.3% year-on-year to $26.1 million. The net increase in revenue was contributed by the full quarter lease revenue from the two vessels leased to TORM A/S which were acquired in June 2011, as well as higher freight income from the vessels trading in the spot market.

In its summary of interim report Q3 2011, Nordic Tankers said that in the third quarter of 2011 the time charter equivalent (TCE) revenue dropped back to the low levels of the first quarter of 2011. The main reason was the continued weak freight rates, a result of low general market activity combined with a slow summer market in the first two months of the quarter. EBITDA was $0.7 million in Q3 2011, down from $4.8 million in Q2 2011. Nevertheless compared to the first nine months of 2010 both revenue and EBITDA have developed positively… 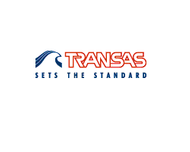 Danish Shipowners: On Growth track in Wake of Economic Crisis

Denmark has retained its position as one of the world's leading maritime nations, despite the economic crisis. In terms of operated tonnage, Denmark is today the fifth largest maritime nation in the world. In all, Danish shipping companies transport some 10% of the world trade. Henrik Segercrantz reports on Danish maritime issues. Danish shipping is global, with trade within Europe counting for only a quarter of the industry’s total revenues. The primary markets are the US and China, making up more than 15 percent of the revenues. "Here in Denmark the shipping sector is really a success. 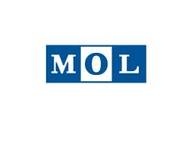 On the May 1, “Straits Tankers Pte Ltd”, a MOL and Hafnia Management strategic J/V set up in Singapore, will be ready to market 25 coated LR1’s, entered into the “Straits Tankers LR1 Pool”. The goal is to further utilize the fleet to flexibly meet diversifying needs of customers who will be serviced from the Straits Tankers offices in Singapore and Copenhagen, Denmark. The Pool consist of LR1 product tankers from Japanese shipowner MOL, Swedish shipowners Marinvest and Gotlandsbolaget and Danish shipowner Nordic Tankers.

Nordic Tankers A/S and WOMAR Logistics Pte. Ltd. have reached an agreement to establish a jointly owned independent pool management company with the name of “Nordic Womar”. Nordic Womar will initially manage two pools of coated chemical tankers with a total of approximately 40 vessels in the 10,000 to 25,000 deadweight tonnes (dwt) segment. The agreement is made in continuation of the joint marketing agreement that commenced 1 June 2010, where Nordic Tankers and WOMAR started marketing each others' coated chemical tankers in the range of 10…

Transas announced that the Transas Navi-Sailor is the first ECDIS in the market compatible with the new Admiralty Information Overlay. The Overlay includes all Temporary and Preliminary Notices to Mariners (T&P NMs) and provides navigationally significant information from UKHO’s ENC validation programme. The overlay is displayed as a single layer on top of the basic ENC and it will be available within the standard Transas Admiralty Data Service (TADS) license, via the Transas Navi-Sailor ECDIS.