Scorpio Tankers Inc. announced that it has received a commitment for a loan facility up to $300 million from ABN AMRO Bank N.V., Nordea Bank Finland plc, acting through its New York branch, and Skandinaviska Enskilda Banken AB. The loan facility will be used to refinance the existing indebtedness on 16 MR product tankers, has a final maturity of five years from the first drawdown date and bears interest at LIBOR plus a margin of 2.5 percent per annum. The loan facility will be comprised of a term loan up to $200 million and a revolver up to $100 million…

Russian tanker player Primorsk International Shipping has dropped its restructuring plans in favour of pushing through asset sales, reports WSJ. This is what Primorsk's lawyers told a bankruptcy court in Manhattan on Friday. Creditors have until Wednesday to object to the motion. Primorsk took the decision as Nordea Bank and other lenders, who are owed around $263m, are pushing the Cyprus-registered line to sell ships as they feel its restructuring plan is unrealistic. Two deadlines written into a routine cash-spending motion fast-track the sale and could prove controversial with creditors.

Press release - Bunker Holding, a Danish company within bunker trading, has secured a new loan facility. In July, Bunker Holding announced its best result ever with a profit of $91 million before tax and an equity of $295 million, a result which, according to the group’s CEO Keld R. Demant, is achieved by controlled and profitable growth. The future growth is now further supported by a new loan facility which increases the group’s financing facilities by 50 percent, the company said.

DryShips Inc. an international provider of marine transportation services for drybulk and petroleum cargoes, and through its majority owned subsidiary, Ocean Rig UDW Inc., or Ocean Rig, of offshore deepwater drilling services, today announced its unaudited financial and operating results for the third quarter ended September 30, 2014.  For the third quarter of 2014, the Company reported net income of $16.7 million, or $0.04 basic and diluted earnings per share. - Non-cash write…

Watson, Farley & Williams (WFW) has advised ING Bank N.V. (ING) as sole bookrunner and facility agent for a syndicate of banks on a $340 million loan facility made available to Euronav NV. The facility is comprised of a $192m term loan facility and a revolving credit facility of up to $148m. Euronav plans to use the funds to refinance four Suezmax tanker vessels, finance the acquisition of four very large crude carrier tankers from Maersk and for general corporate purposes. The ships financed under the facility are registered on Belgian, Greek and French flags.

Greece's Paragon Shipping Inc. obtains a $69-million credit facility with China Development Bank  to partially finance its two 4,800 TEU containerships currently under construction. The two container ships on order are expected to be delivered in the second quarter of 2014, and the company has granted an option to its subsidiary, Box Ships Inc., until its initial public offering in 2011, to acquire the vessels at any time prior to their delivery to Paragon Shipping. The CDB Credit Facility…

Vung Tau Shipyard in Vietnam delivers Platform Support Vessel (PSV) to Farstad Shipping Singapore subsidiary. Far Sitella, a STX PSV08 CD offshore vessel, is bound for Australia where it will commence its long term commitment to Shell Australia related to their Prelude drilling campaign. A long-term facility has been drawn with Nordea Bank to finance the vessel. Farstad Shipping's fleet currently consists of 57 vessels (28 AHTS, 26 PSV and 3 SUBSEA) and 3 PSV and 4 AHTS under construction.

Diana Shipping Inc. signs MOU to buy a new-building bulk ship from a third party; subsidiaries negotiate term loan facilities. The new-building Kamsarmax dry bulk carrier, to be named Myrto of 82,131 dwt, was built by Tsuneishi Shipbuilding Co., Ltd., Japan, and the purchase price is US$26.5-million. The vessel is expected to be delivered to Diana Shipping at the end of January 2013. Separately, the Company also announced that it signed, through two separate wholly owned subsidiaries…

CMB signed a $300msenior secured reducing revolving credit facility with DNB Bank ASA and Nordea Bank Norge ASA as lead arrangers and bookrunners, Belfius Bank nv/sa, Fortis Bank sa/nv, KFW IPEX-Bank GmbH and Skandinaviska Enskilda Banken AB (publ) as lead arrangers and ABN Amro Bank N.V., KBC Bank NV and Scotiabank Europe plc as co-arrangers. Nordea Bank Norge ASA will also act as agent for the facility. The facility has a term of 6 years and 1 month and bears interest at a rate of LIBOR+3,00%. On the undrawn portion of the facility a commitment fee of 1,00% will be paid.

Diana Shipping Inc. (NYSE:DSX) took delivery of the newly-built m/v "Los Angeles", a Newcastlemax dry bulk carrier of 206,104 dwt that was contracted in April 2010. As previously announced, the m/v "Los Angeles" is chartered to EDF Trading Ltd., London, at a  gross rate of US$18,000 per day, minus a 5% commission paid to third parties, for a minimum forty-six (46) to a maximum fifty (50) month period. The charter is expected to commence tomorrow. This employment is anticipated to generate approximately $24.8m of gross revenue for the minimum scheduled period of the charter. 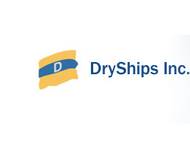 ATHENS, GREECE – April 18, 2011 - DryShips Inc. (NASDAQ: DRYS) (the “Company” or “DryShips”), a global provider of marine transportation services for drybulk and petroleum cargoes and off-shore contract drilling oil services, announced the signing, by its majority-owned subsidiary Ocean Rig UDW Inc. (“Ocean Rig”), of the $800 million syndicated secured term loan facility to partially finance the construction costs of the Ocean Rig Corcovado and Olympia. This facility has a 5 year term and 12 year repayment profile, and bears interest at LIBOR plus a margin.

Scorpio Tankers Inc. (NYSE: STNG) announced that it has closed on its previously announced sale of 12,500,000 shares of common stock in its initial public offering, and received net proceeds of $149.6m, after deducting underwriters' discounts and offering expenses. The underwriters have a 30-day option that commenced on March 30, 2010, to purchase up to an additional 1,875,000 shares of common stock to cover over-allotments, if any. Morgan Stanley & Co. Incorporated and Dahlman Rose & Company…

STX France has recently experienced cost overruns mainly related to one of its cruise vessels under construction at its St Nazaire shipyard. The cost overrun could represent a negative deviation up to $20.3m – 27.1m, but every possible effort is being made to limit such cost overrun. The physical construction of the vessel is however in good progress, and the vessel is expected to be delivered on-time and to the client's full satisfaction. STX France has a solid working capital position, and the funding of such cost overrun will be managed from the existing working capital in STX France.