Oil traders are struggling to find enough ships, railcars, caverns and pipelines to store fuel as more conventional storage facilities fill up amid abundant supply and plummeting demand due to the coronavirus crisis.Dozens of oil tanker vessels have been booked in recent days to store at least 30 million barrels of jet fuel, gasoline and diesel at sea, acting as floating storage, as on-land tanks are full or already booked, according to traders and shipping data.That adds to about 130 million barrels of crude already in floating storage… 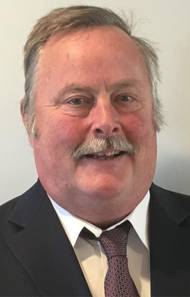 Energy Transfer Partners LP reopened the smaller of two Philadelphia area pipelines that help carry refined products from the region's refineries to the New York Harbor and Western Pennsylvania but the larger of the two remained shut, the company said in a customer notice seen by Reuters. The two lines, 8-inch and 12-inch in size, were shut on Friday as a precaution after gasoline was discovered in a creek outside of Philadelphia. ETP said on Friday it was still trying to determine whether the leak came from its pipelines, and did not respond to requests for comment on Monday.

New-build VLCC Maran Aphrodite, which is carrying a 200,000 tonne diesel cargo from Asia, has changed its final destination for a fourth time, Reuters ship-tracking data showed.The ship was originally calling on Rotterdam before changing its destination to New York harbor on May 11, then to Gibraltar on May 29, then to Southwold in the U.K. on June 5.As of the evening of June 11, the tanker is again calling on Gibraltar.The vessel was chartered by Total, according to traders.Reporting by Ahmad Ghaddar

The Port Authority of New York & New Jersey  awarded a $23.7 million agreement to Cross Harbor Partners, a joint venture of STV Incorporated/AKRF Inc., to undertake the Tier II Environmental Impact Statement for the Cross Harbor Freight Program at the port. The aim of the Cross Harbor Freight Program is to reduce roadway congestion attributed to goods movement across the New York/New Jersey Harbor. The Tier II review is expected to take up to three years; it will provide more…

The National Retail Federation (NRF) called on the U.S. Maritime Alliance and the International Longshoremen’s Association to work together to avoid a one-day shutdown of East Coast and Gulf Coast ports proposed by the ILA. “Thousands of companies and millions of workers rely on these ports and any disruption to their activity even for a day could have a negative impact on the U.S. economy,” NRF Vice President for Supply Chain and Customs Policy Jon Gold said. “While the union might have concerns with certain local government actions, engaging in a coastwide shutdown is not the answer.

The Port of New York & New Jersey, in partnership with the U.S. Army Corps of Engineers, has completed a $2.1 billion Main Navigation Channel Deepening Program in order to facilitate the next generation of larger containerships calling the port following the expansion of the Panama Canal. The Port of New York and New Jersey serves as the gateway to one of the most concentrated and affluent consumer markets in the world. The Main Navigation Channel Deepening Program creates a safe…

Four half-inch boats descended into aquarium tanks. One immediately flipped over and sank, two others sank slowly and the last floated as a teenager pulled it around on a string. The boats – though not entirely successful – were the culmination of a week’s worth of work by high-school students from maritime-themed schools at SUNY Maritime College’s summer STEM Academy. The program helps students explore science, technology, engineering and math fields in the maritime world. “This camp really opened our eyes to how delicate a vessel might be in an entirely new way… 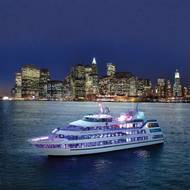 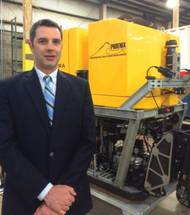 The ABYC Foundation is partnering with BRP Evinrude in a December donation campaign to fund two outboard engines to marine technology classrooms. The ABYC Foundation is seeking donations to reach $7,000 per outboard to ensure delivery to schools in need of essential hands-on student training opportunities. The marine industry is suffering a shortage of technicians and this campaign will fulfill an educational need while helping young students pursue successful careers as marine technicians.

“Early in 1864, a young man names James McAllister stood on board a sailing vessel where he served as a mate. The opening lines from the first chapter of the new book, McAllister Towing – 150 Years of Family Business, begin a voyage through the history of a tugboat and marine transportation firm that runs five generations deep, taking readers on a journey of deepsea adventure, family tragedy and company triumph. The book includes never-before published material and photographs illuminating how Americans lived and worked in the maritime industry over the last century and a half…

The search for a crew member missing from a containership between Bayonne, N.J. and Ocean City, Md. was suspended, the U.S. Coast Guard reported. The crew member was last reported aboard the 600-foot, Marshall Islands flagged freight ship Ibrahim Dede after departing Bayonne. The crew discovered the man was missing while the ship was in transit to its next port, notifying Coast Guard watchstanders at Sector Hampton Roads at approximately 4:30 p.m. Tuesday. A Coast Guard Station New York 45-Foot Response Boat crew…

The State University of New York (SUNY) Maritime College’s fourth annual STEM Academy, which runs July 27 to 31 in Throggs Neck, will provide inner city high school students with a five-day, practical, hands-on program intended to increase student participation and achievement in the STEM disciplines of Science, Technology, Engineering and Math. The STEM Academy is open to students attending maritime themed high schools and will build upon the schools’ curriculum. Along with an emphasis on STEM disciplines…

CLF Ventures Inc., a nonprofit affiliate of the Conservation Law Foundation  and M.J. Bradley & Associates are teaming up to offer a free webinar for New York-/New Jersey-area marine vessel owners and operators considering diesel engine repowers. Register at: https://attendee.gotowebinar.com/register/6100773671264333058. The webinar is free to join, but advance registration is required and space is limited. This webinar is being offered in conjunction with an EPA-funded Diesel Emission Reduction Act (DERA) grant to repower three diesel marine vessels operating in the New York Harbor area.