Six of the world's biggest container shipping companies were raided by South African authorities on Wednesday on suspicion of colluding to inflate rates between Asia and South Africa, the country's Competition Commission said. The development comes as global container lines struggle in the worst-ever market conditions, caused by a glut of ships and slowing global trade, which has battered earnings and forced at least one out of business. The six companies raided comprise local subsidiaries of Denmark's Maersk…

After successfully acquiring a controlling interest in NOL, CMA CGM has consolidated the Singapore-based company since 14 June, says a press release from the company. Singapore’s Neptune Orient Lines (NOL) is the parent company of container carrier APL. As part of the NOL integration process, CMA CGM reviewed the portfolio of brands deployed on its various lines and concluded that only two brands should be used on each trade. By 30 June, the total stake had risen to nearly 93%.

CMA CGM S.A has crossed the compulsory acquisition ownership threshold in Neptune Orient Lines Limited (NOL). Following its all-cash voluntary conditional general offer (Offer) for NOL which was launched on June 6th, 2016, CMA CGM now owns 2,376,715,557 shares representing approximately 91.28% of NOL’s share capital. CMA CGM confirms that it intends to exercise its rights of compulsory acquisition to compulsorily acquire all the NOL shares held by NOL shareholders who have not accepted the Offer…

Maersk Fights to Stay on top as Containership Downturn Deepens

Denmark's Maersk Line is fighting to remain the world's no.1 container shipping carrier as a wave of mergers and acquisitions, particularly in Asia, creates new challengers trying to grab a bigger share of a depressed market. Maersk itself hasn't made a major acquisition for more than a decade but says it might be open to "the right opportunity", although doubters believe such deals risk accumulating ships without securing enough customers. A unit of oil and shipping group A.P. Moller-Maersk , the line has a 15 percent share of the overall container market.

CMA CGM and PSA Singapore Terminals (PSA) have confirmed that they will establish form a joint venture company CMA CGM-PSA Lion Terminal Pte. Ltd. (CPLT) to operate and use four mega container berths in Singapore. CPLT will commence operations from the second half of this year, allowing CMA CGM and its shipping line affiliates to leverage on the port infrastructure and technologies with this latest Pasir Panjang expansion. There was no disclosed investment amount for the joint venture deal… 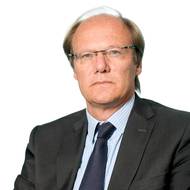 Amid a takeover by France’s CMA CGM, Singapore container shipper Neptune Orient Lines (NOL) has named a new chief executive officer and chief financial officer. Nicolas Sartini will take over as chief executive officer, succeeding Ng Yat Chung, who has served as NOL president and CEO since 2011. New chief financial officer Serge Corbel will join Sartini as executive directors of the newly constituted 10-member NOL board. Ng will continue as executive director on the NOL board and will be a special adviser to the new chairman, Rodolphe Saadé, who is also the vice chairman of CMA CGM.

CMA CGM Takes Control at NOL, Reshuffles the Board

France’s CMA CGM now holds over 78 percent of the shares in Neptune Orient Lines (NOL), bringing it closer to taking the Singapore company private. CMA CGM currently owns approximately 78.07% of all NOL shares, and does not intend to preserve the listing status of NOL. Further to the Offer Implementation Agreement, this change in control results in a change in the composition of NOL's Board of Directors. Consequently, a reconstituted Board of Directors, comprising ten members, has been appointed with effect from 9 June. The members of the reconstituted Board of Directors are Mr.

CMA CGM has finally made its all-cash voluntary conditional general offer for all the outstanding shares of Neptune Orient Lines (NOL). This follows approvals by the relevant regulatory authorities in the European Union and China. The offer price is SGD 1.30 in cash per NOL share, which CMA CGM called a fair value and an offer that the company does not intend to increase. Acceptance of the offer is due by July 4, 2016. CMA CGM currently owns 10.5% of all NOL shares, and intends to delist and privatise NOL through the Offer.

Following the satisfaction and waiver (as the case may be) of the conditions set forth in the pre-conditional offer announcement dated 7 December 2015, CMA CGM S.A. (CMA CGM), announced its firm intention to make an all-cash voluntary conditional general offer (Offer) for all the outstanding shares of Neptune Orient Lines Limited (NOL), other than those it already owns, controls or has agreed to acquire. The Offer Price is SGD 1.30 in cash per NOL share, which CMA CGM does not intend to increase.

France's CMA CGM, the world's third-largest container shipping firm, reported a first-quarter net loss on Friday and targeted $1 billion in cost cuts to keep operating margins positive during the current market downturn. Weak freight rates in the past year have left many lines operating at a loss. The Marseille-based company is in the process of acquiring Singapore's Neptune Orient Lines (NOL) for $2.4 billion in its biggest-ever deal, and last month announced a global vessel-sharing alliance with three Asian lines.

French container shipping giant CMA CGM now owns 10.07% of its takeover target Singapore's Neptune Orient Lines (NOL) as open share buys continue on a near daily basis. The European Commission has approved CMA CGM's $3.38 billion acquisition of NOL. The acquisition of 636,500 more shares on Wednesday helped the French liner giant to pass the psychological threshold. NOL is being bought for $1.30 a share, subject to anti-trust clearances from the European Union, China and the United States.

According to WSJ report, deals involving Cosco, China Shipping, CMA CGM and Neptune Orient Lines to bring major changes in global shipping alliances. China Cosco Shipping and CMA CGM are hoping to form a new alliance with OOCL, Evergreen Line, and Islamic Republic of Iran Shipping Lines, according to sources in the Chinese shipping industry. According to the Alphaliner, CMA CGM and Cosco are leading efforts to create a new vessel-sharing alliance that could include Evergreen Line and OOCL and would shake up three of the four major east-west carrier groupings.

French-based CMA CGM, the world's third-largest container shipping firm, said on Monday it expects its volume growth to outperform the market again in 2016 after strong expansion last year helped it cushion a slide in freight rates. CMA CGM, which is in the process of acquiring Singapore's Neptune Orient Lines (NOL) for $2.4 billion in its biggest-ever deal, has been pursuing economies of scale to ride out a shipping downturn linked to vessel oversupply and faltering economic growth.

The need of the hour is consolidation of container ship lines order to regain profitability and to overcome financial struggles, consulting firm AlixPartners says in a new report. The report says that an increased supply of vessels, coupled with the introduction of giant ships, had met with a dwindling demand in the second half of last year resulting to overcapacity, low profitability and reduced cash flow. The shippers with “M&A on their minds need to be proactive” if they hope…

All signs point to a continuation of struggling theme for containerized-ocean-freight industry  into 2016 and beyond, warns a study by AlixPartners. The containerized-ocean-freight industry suffered in 2015. Its continuing financial woes accelerated because nearly all key financial indicators declined from 2014. At the heart of the industry’s problems, a persistent global supply-and-demand imbalance is to blame. All signs point to a continuation of that theme into 2016 and beyond.

Neptune Orient Lines (NOL), the parent of containerline, APL, narrowed its fourth-quarter loss to US$75.45 million as the shipping company cut costs amid ongoing weakness in the industry. For the full year, NOL swung to a net profit of US$707.2 million, or 27.27 US cents per share, from a year-ago loss of US$259.8 million. Revenue fell 28 per cent during the quarter to US$1.3 billion amid planned capacity cuts, void sailings, weak container trade demand and a challenging freight rate environment.

CMA CGM Vice-Chairman Rodolphe Saadé confirmed talks between the French container shipping line and potential partners regarding the future of its alliances, says WSJ. "We are discussing with the new China Shipping Group, but we also discuss with others," he says. Saadé did not give any specifics of the firm’s talks. But as reported by MarineLink (See CMA CGM - COSCO Mega Alliance to Shake-up the Industry?) quoting Alphaliner, CMA CGM was discussing a mega-alliance with the newly merged Chinese line COSCOCS, Taiwan's Evergreen and Hong Kong-based OOCL.

The merger between China Shipping group and the Cosco Group has given rise to a mammoth company that could trigger stability and extended consolidation in the global shipping industry, says a report in the WSJ. The merger will free the two Chinese shipping groups from competing against each other at home and abroad, in an industry swamped with oversupply and depressed freight rates. The new world leader in shipping industry is likely to own 832 ships including containers, dry-bulk vessels and tankers amounting to almost $22 billion.