Navig8 Chemical Tankers  entered into sale and leaseback agreements with ICBC Financial Leasing for four ships.The tanker company focuses on the maritime transportation of Chemicals worldwide said in a press release that the net proceeds from the transaction of four of the Company’s IMO2 37,000 DWT Interline coated tankers  were $94,710,000.A portion of the proceeds was utilized to repay existing loans used to finance the Vessels’ newbuilding contracts under the multi-bank loan facility announced by the Company on February 3…

Despite a shift in demand in the chemical shipping sector, Navig8 Chemical Tankers ended the fourth quarter ended 31st December, 2017 with a widened net loss of USD 3.7mln. Revenue for 4Q17 was $43.3 mill, compared to $33.9 mill for 4Q16. “The chemical tanker market began to show signs of improvement in the fourth quarter led by stronger demand in the chemical sector and tightening in the MR product tanker market,” said CEO Nicolas Busch. “With our fleet fully delivered, we are…

Scorpio Tankers Inc. announced that it has closed the previously announced merger with Navig8 Product Tankers Inc. (NPTI). As consideration, Scorpio has issued 55 million shares of its common stock to the holders of NPTI’s common shares or 19.7% of the current 279,663,300 Scorpio common shares issued and outstanding. Through the Merger and related transactions, Scorpio has acquired an operating fleet of 27 eco-design product tankers, comprised of 15 LR2s and 12 LR1s with a weighted average of 1.2 years and an aggregate carrying capacity of approximately 2.6 million dwt.

Scorpio Tankers said shareholders of Navig8 Product Tankers Inc. (NPTI) approved the previously announced merger of Scorpio and NPTI at shareholders meeting held Tuesday. At the meeting, approximately 94.25 percent of the NPTI shares outstanding were voted, all of which were in favor of the merger. The merger remains subject to customary closing conditions and is expected to close on or about September 1, 2017. Three months ago, Scorpio Tankers announced that it had reached a deal to acquire 27 recently built LR tankers by merging with Navig8 Product Tankers.

Navig8 Chemical Tankers Inc,  international  shipping company focused on the transportation of chemicals, has  entered  into  contracts  to  acquire  32  modern,  fuel-efficient  newbuilding  chemical  tankers. As of today, 31 of these vessels have been delivered and are in operation, the company said in a press release. The remaining vessel is scheduled to be delivered in the third quarter of 2017. Upon their respective deliveries, the Company’s vessels have and will be deployed in commercial pools managed by the Navig8  Group,  including  the  Chronos8,  Delta8  and  Stainless 8  pools.

Navig8 Group (Navig8), the world's largest provider of maritime services,  has announced that it has been advised by Oman Shipping Company SAOC (OSC) that they have decided to internalize the commercial management of their VLCC fleet which had been hitherto in the VL8 pool. The VL8 pool is one of the largest VLCC tanker pools in the world and one of 16 shipping pools managed by Navig8. The company's 16 shipping pools bring together multiple, like-minded owners with vessels of similar type and characteristics, into distinct pools.

Navig8 Chemical Tankers Inc (the “Company”) (N-OTC: CHEMS), an international shipping company focused on the transportation of chemicals, today announced that it has taken delivery of the Navig8 Topaz, a 49,000 DWT IMO2 Interline-coated chemical tanker, from STX Offshore & Shipbuilding Co., Ltd. (“STX”). The Navig8 Topaz is the second STX vessel to be delivered under the sale and leaseback arrangements entered into with Ocean Yield ASA (“Ocean Yield”) announced on April 1, 2015.

Chemical shipping company Navig8 Chemical Tankers Inc. has taken delivery of its first stainless steel chemical tanker, the Navig8 Sirius, from Japanese shipbuilder Kitanihon Shipbuilding Co. Ltd. Navig8 Sirius is a 25,000 DWT stainless steel chemical tanker. The Navig8 Sirius is the first of six vessels contracted at Kitanihon to be delivered to the Company and is the first vessel to be delivered under the secured loan facility with Credit Suisse AG announced on June 22, 2016. The Navig8 Sirius will be entered into and operated in Navig8 Group's Stainless8 commercial pool.

Navig8 Chemical Tankers Inc. has signed sale and leaseback agreements with CMB Financial Leasing Co. Ltd. (CMB) for three of its IMO2 37,000 dwt Interline coated tankers. The company said that the expected net proceeds from the transaction are USD 91.2 million. A portion of the proceeds will be utilized to repay existing loans used to finance the Vessels' newbuilding contracts under the multi-bank loan facility announced by the Company on February 3, 2015. Under the sale and leaseback agreements, the Vessels will be sold and delivered to CMB.

Maritime services provider Navig8 Group has agreed to buy shallow-water contractor RK Offshore Management. Singapore-headquartered Navig8 Group, the world's largest provider of maritime services, announced that it has entered into agreements to acquire Africa-focused RKOffshore Management (RKOM), a fully-integrated provider of marine services to the offshore energy industry. Completion of the acquisitions is subject to a number of conditions precedent which are expected to be satisfied on or before 30 April 2016.

Navig8 Chemical Tankers has signed sale and leaseback agreements with China's Bank of Communications Financial Leasing (BCFL) for a quartet of medium range tankers. The  for four 49,000 DWT Interline coated medium range tankers being built at STX Offshore & Shipbuilding Co., Ltd, Korea (STX). The four vessels from STX  have contractual delivery dates ranging from end March 2017 to end June 2017. Under the sale and leaseback agreements, BCFL will provide funding for pre-delivery as well as the delivery instalments for the STX Vessels.

Navig8 Product Tankers Inc. an international shipping company focused on the transportation of petroleum products, today announced that it has taken delivery of the Navig8 Sanctity, a 110,000 DWT LR2 tanker, from Sungdong Shipbuilding & Marine Engineering Co., Ltd. (“Sungdong”). The Navig8 Sanctity is the second vessel to be delivered under the sale and leaseback arrangements entered into with Ocean Yield ASA (“Ocean Yield”) announced on July 13, 2015. Following delivery from Sungdong…

The tanker company Norstar is setting up a new Commercial Management joint venture based in Westport Connecticut USA named Norstar Chartering (USA) LLC. The new entity is a collaboration between brothers Chris and Tom Bonehill, principals of the Norstar Group and two senior shipping industry executives Lars Ebbesen and Olav Ekeberg formerly partners of Sokana Chartering and Navig8 Chemicals. Tom Bonehill said, “We are delighted to be joining forces with Lars and Olav to form this new company.

Navig8 Product Tankers Inc., an international shipping company focused on the transportation of petroleum products, has taken delivery of one LR1 74,000 DWT product tanker, the Navig8 Expedite, from STX Offshore & Shipbuilding Co, Ltd. The vessel will be entered into and operated in the LR8 commercial pool operated by the Navig8 Group. Thus far the Company has taken delivery of three LR1 and two LR2 product tankers newbuildings and anticipates that its entire newbuilding fleet will be delivered by the end of 2016.

Ardmore Shipping Corporation announced it has opened a new commercial office in Singapore as the company eyes expansion for its Asian and Middle Eastern operations. The firm also added Celio Wakamatsu as Chartering Manager and Retno Muninggar as Voyage Manager. Wakamatsu joins Ardmore from Petrobras’ Singapore office, where he has been working for two years, following his work with the company in Houston and Brazil. He brings with him 13 years of chartering experience across all tanker sizes and cargo types and holds a degree in Civil Engineering…

Several pirates attacks were reported during the weekend in Straits of Malacca and Singapore to six cargo vessels passing through. On August 21 and 22, six vessels while underway in the eastbound lane of the Traffic Separation Scheme in the Straits of Malacca and Singapore were subject to pirate attack. According to Singapore Vessel Traffic Information System a group of pirates attempted to boars six merchant ships in the area, reporting five successful boardings and one attempted boarding. The targets of the group were selected random from the vessels in vicinity.

Norway’s Ocean Yield ASA has agreed to acquire four 115,000 dwt LR2 product tankers which are currently on order from Navig8 Product Tankers at Sungdong Shipbuilding in Korea. Ocean Yield has agreed to acquire the product tankers for a total consideration of USD 198.1 million, in combination with 13 years "hell and high water" bareboat charters to Navig8 Product Tankers Inc, says a company statement. The four vessels are being built at Sungdong Shipbuilding & Marine Engineering Co., Ltd, Korea, and are scheduled for delivery in January, March, May and July 2016. 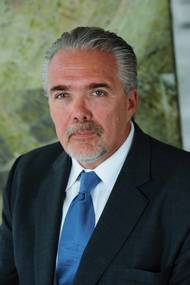 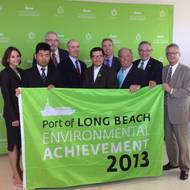 Twenty-two shipping lines were honored yesterday, May 14, 2014, by the Port of Long Beach (POLB) for their efforts to improve air quality by slowing down or deploying cleaner vessels – or both – at the Port’s first Environmental Achievement Awards, the port announced. Formerly the Green Flag and Green Ship Awards, the annual event has been reintroduced as the Environmental Achievement Awards to reflect the participation of vessel operators in both Green Ship and Green Flag programs.