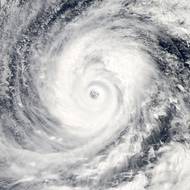 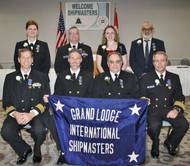 A U.S. government weather forecaster on Thursday reduced its outlook that La Nina conditions would develop in next few months but said it still expected the weather phenomenon to occur this fall or winter. The National Weather Service's Climate Prediction Center said in its monthly forecast that La Nina was "slightly favored" to develop through October. That was a small change from July, when it stated the conditions were "favored" to occur. The agency maintained its forecast of a 55 percent to 60 percent chance that La Nina would develop during the fall and winter of 2016/17.

Gale force winds and high sea conditions offshore making it unsafe for pilots to board have led the Tampa Bay Pilots to suspend all inbound and outbound vessel traffic as of about 5:20 a.m. local time today.   Current wind conditions are approximately 13-17 knots NNW in the Middle Bay. Seas of are 8’.4-9’ at Egmont Channel   Gale force conditions are expected to persist through the evening, the National Weather Service reports. 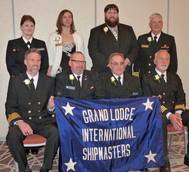 The Coast Guard urges the public Thursday to use extreme caution and to prepare for the onset of heavy weather, extreme sea conditions, storm surge and high surf throughout the Mid Atlantic region as Hurricane Joaquin approaches the coast. Stay informed: The public should monitor the progress and strength of Hurricane Joaquin through local television, radio and internet. Information can also be obtained on small craft advisories and warnings on VHF radio channel 16. The National Weather Service predicts off shore conditions to include waves reaching up to 53 feet in height.

Burning all the world's fossil fuel reserves could thaw the entire Antarctic ice sheet and push up world sea levels by more than 50 metres (160 feet), over thousands of years, an international study said on Friday. Such a melt, also eliminating the far smaller ice sheet on Greenland, is a worst case of climate change that would inundate cities from New York to Shanghai and change maps of the world with much of the Netherlands, Bangladesh or Florida under water. "Burning the currently attainable fossil fuel resources is sufficient to eliminate the (Antarctic) ice sheet…

Hurricane Ignacio intensified as it blew across the Pacific on a route likely to bypass Hawaii on Saturday, said the Central Pacific Hurricane Center of the National Weather Service. With winds gusting up to 115 miles per hour (185 kmph), the hurricane centered 835 miles (1,344 km) southeast of Honolulu and 625 miles (1,006 km) south east of Hilo was moving northwest at 8 miles per hour (13 kmph), said center spokesman Neil Honda. "It just became a hurricane from a tropical storm," Honda said, noting the weather became fierce enough to be classified a hurricane at 5 a.m. Pacific on Saturday.

Emergency crews recovered on Friday the bodies of nine people from the wreckage of a sightseeing plane that remains teetering on a steep rock face after crashing in Alaska, a rescue official said. Eight passengers and the pilot were killed when the aircraft, an excursion flight booked via a cruise ship, went down during a tour of the Misty Fjords area of southeast Alaska on Thursday afternoon, flight operator Promech Air said. A helicopter pilot spotted the wreckage against a granite rock face about 800 feet (240 meters) above Ella Lake, according to an Alaska State Trooper report.

The Coast Guard advises exercising caution on and around the San Francisco Bay coastline and waterfronts, as excessively high tides are expected through mid-week. The National Weather Service has issued a coastal flood statement for a series of King Tides, which are expected to run through Wednesday. The conditions are expected to result in minor coastal flooding of low-lying areas along our coastline and bay fronts. Low-lying coastal locations, such as parking lots or coastal trails, may experience minor flooding during high tide.

The Coast Guard is urging mariners and the coastal community to take precautions in preparation of two storms expected to impact the Northeast Wednesday and Thursday. The National Weather Service has issued a coastal flood advisory in anticipation of storm surges and locally heavy rainfall. The pair of storms are expected to bring elevated sea-state and wind gusts up to 30 knots. Because of higher-than-normal tides, owners of small boats, kayaks and other paddle craft are urged to properly secure them.

A Pacific storm pounded Southern California with heavy rain and high winds on Friday, triggering a small tornado, flash floods and mudslides that prompted the evacuation of hundreds of homes, damaged dozens of others and disrupted passenger rail services along the coast. One person was found dead on Friday in a rain-swollen flood-control channel in the Orange County town of Garden Grove, which could mark the third storm-related fatality on the West Coast since Thursday. Separately… 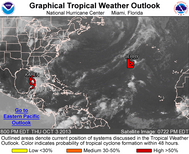 Vessel traffic to vease at Southwest Pass at 6 a.m. Friday, but cargo operations at Port of New Orleans terminals will continue as scheduled Friday, despite the impending closure. The Associated Branch Pilots, the pilots that guide ships through the mouth of the Mississippi River, will cease operations at the above time. Carnival Cruise Lines has two cruise ships scheduled to berth at the Erato Street Cruise Terminal this weekend. The 2,052-passenger Carnival Elation is scheduled to arrive at the Port Saturday, while the 2,984-passenger Carnival Conquest is scheduled to arrive Sunday.

Crews from The Undersea Company of Port Townsend, Wash. have removed the 185-ton dock that crossed the ocean following the March 2011 tsunami. NOAA contracted with The Undersea Company to remove the dock from the remote wilderness coast in the Olympic Coast National Marine Sanctuary and the Olympic National Park and work began on March 17. "This operation was challenging-imagine opening up a 185-ton concrete package filled with foam packing peanuts while standing near a helicopter on an extremely remote coastline," said John Nesset, president and C.E.O. of The Undersea Company. 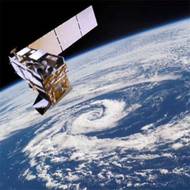 Shelll's drill rig 'Kulluk' broke towlines again in the storm & finally washed up on Sitkalidak Island, near Kodiak, on New Year's Eve. Salvage crews are on stand-by until the weather moderates (the National Weather Service reports seas in the area of being up to 30 feet high, though they're expected to drop down to 22 feet by Tuesday afternoon). Meanwhile the rig appeared sound so far, with no breach in the hull and no discharge of any pollutants into the water, reports the 'Alaska Dispatch'.

The Captain of the Port of New York/New Jersey warns mariners, waterfront facilities & the public of imminent abnormal tide range. The warning concerns the Battery Park, N.Y., area from December 12 –15, 2012. The Port of New York/New Jersey will experience larger than normal tidal ranges due to a spring tide. According to forecasts from the National Weather Service, tides during this period at Battery Park are expected to be approximately one foot above the normal high tide of five feet.

The Captain of the Port for New York and New Jersey set port condition ZULU for all commercial waterways, effective 7 a.m., Monday,  in preparation for Hurricane Sandy. During Port Condition ZULU (sustained gale force winds from a hurricane force storm are predicted within 12 hours) the ports will remain closed to all incoming and outgoing vessel traffic until directed by the Captain of the Port. Owners and operators of recreational vessels should follow the small craft advisories from the National Weather Service, and take the necessary measures to safeguard the safety of their vessels.