The continued detention of British-flagged tanker Stena Impero is "unacceptable and unjustifiable" and there are concerns for the welfare of the crew after 19 days in confinement, the vessel's owner said on Tuesday.Iran's Revolutionary Guards on July 19 seized the Stena Impero in the Strait of Hormuz waterway for alleged marine violations. That came two weeks after Britain seized an Iranian oil tanker near Gibraltar, accusing it of violating sanctions on Syria.Britain has repeatedly…

A Call to Action to Address Seafarer Suicides

Mental health awareness should be made a core component of first aid seafarer training, according to Captain Rajesh Unni, CEO and Founder of leading shipmanager Synergy Group.Speaking last week at a day-long training session designed to further the understanding of mental health at sea, he told delegates in Mumbai, India, that more must be done to understand and alleviate the mental strains of life at sea as the dangers became more apparent.He noted that 5.9% of all deaths at sea were proven suicides.

Concerned with declining market of Indian seafarers industry despite having high population in comparison to its rival countries, representatives of leading shipping associations in the country have joined a ‘task force’ or committee formed by Directorate General of Shipping of India to primarily increase the global share of Indian seafarers' market to over 9 percent from 7 percent at present. Among the associations are National Union of Seafarers of India (NUSI), Maritime Union of India (MUI), Maritime Association of Shipowners, Shipowners and Agents (MASSA) and others.

All India Conference for Women of Seafaring Families

The life of a seafarer is full of challenges. Staying away from family for months together and working in hostile environmental conditions, difficulties that no one knows better than the seafarers themselves. Equally challenging is the role of the women which includes the mothers, sisters and the wives of the seafarers. Taking care of the family and facing the hurdles in the absence of the seafarer, these brave women deserve salutation & admiration from the family as well from the society.

Around 200 seafarers with Shipping Corporation of India (SCI), the country's largest shipping company, are on a hunger strike (industrial action) since Saturday over wages and arrears. According to a Press Trust of India report, these seafarers, deployed on 15 vessels owned and operated by the Centre, launched their strike demanding revised wages in accordance with the clauses of National Maritime Board Indias agreement. These seafarers have also approached the National Union of Seafarers of India (NUSI) for its intervention. 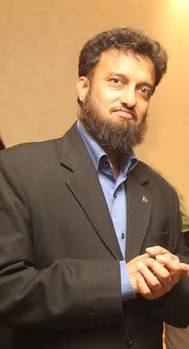 Indian shipping trade union the National Union of Seafarers of India (NUSI) has asked the Indian Ministry of Shipping for financial help toward the training of maritime workforce in oil exploration activities. The union’s General Secretary, Abdulgani Serang, said NUSI has requested financial aid and incentives from the Ministry through National Shipping Board for training the maritime workforce at NUSI Offshore Training Institute (NOTI), currently operated by NUSI-ITF Trust. NOTI trains the workforce that operates specialized vessels…

The Indian seafarers celebrate 6th November as the Seamen’s Unity Day. The National Union of Seafarers of India (NUSI) commemorated the occasion as is done annually on the 6th of November, which is also a paid holiday for seafarers working on Indian and foreign flag ships. The Seamen’s Unity Day function, 2015 was attended by hundreds of seafarers, family members besides the representatives of shipping organizations. NUSI President, Capt. N. Hiranandani presided the function and informed the gathering about the ISWAN award that was bagged by NUSI.

The National Union of Seafarers of India (NUSI) has informed has conceded to their demands of granting Income tax exemption to Indian seafarers sailing on Indian flag vessels. Accordingly, Union has stated that through a the Government of India circular the government has accepted the demand of NUSI to have no income tax for Indian seafarers working on Indian flag ships. Indian flag ships whether on the coast or in foreign waters will now be considered totally as period in foreign waters. Members of NUSI have appreciated the positive stand of the Government.

The Panama Canal Authority (ACP) expressed its satisfaction after the main contractor for the Third Set of Locks Project, Grupo Unidos por el Canal (GUPC), and the National Union of Workers of Construction and Similar Industries (SUNTRACS) reached an agreement which supersedes the strike call in the new locks’ construction site in both the Atlantic and the Pacific sides. The ACP expects this agreement marks the continuation of a harmonious relationship between both parties, and thus the completion of the work as it is scheduled, which has now reached 93 percent completion.

The Panama Canal Authority (ACP) issued a press release stating it has learned of a National Union of Workers of Construction and Similar Industries (SUNTRACS) notice to strike issued to Grupo Unidos por el Canal (GUPC), the main contractor for the Canal's third set of locks project, which is currently 93 percent complete. The ACP said it is deeply concerned about the situation and is closely following its developments as the authority’s business may be directly impacted if work is not carried out to deliver the project on time.

The Panama Canal Authority (ACP) has learned of the National Union of Workers of Construction and Similar Industries (SUNTRACS) notice to strike issued to Grupo Unidos por el Canal (GUPC). GUPC is the main contractor for the Canal's third set of locks project, which is currently 93 percent complete. The ACP has repeatedly appealed to both sides to reach an agreement on matters that, by law, only pertain to dealings between GUPC and SUNTRACS members. The ACP, although the ultimate owner of the project… 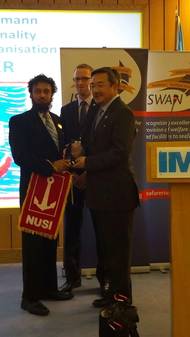 India shipping trade union National Union of Seafarers of India (NUSI) informs it has been honored with the 'Best Welfare Organization of the Year - 2015' award promoted by U.K. based International Seafarers' Welfare and Assistance Network (ISWAN). ISWAN promotes the welfare of seafarers worldwide. The award promoted by ISWAN was presented to NUSI General Secretary-cum-Treasurer, Abdulgani Y Serang by Secretary General of International Maritime Organization (IMO), Koji Sekimizu at a function held at the premises of IMO in London on June 9, 2015.

South Africa's National Union of Mineworkers (NUM) said on Monday its members had downed tools at the Koornfontein coal mine operated by Glencore in a dispute over pay. The NUM said in a statement the strike began on Friday after talks brokered by a government mediator were deadlocked. NUM regional secretary Stanley Lebello said around 600 of the union's members were taking part in the strike, which he said was triggered by a dispute over the structuring of packages for employees who face lay offs.

Uniting with the International Organization of Masters, Mates & Pilots will bring added clout, resources and training to local mariners and open the door to opportunities beyond the East Coast, the union said. Ballots are arriving in the mail this week at the homes of 1,300 area mariners for an election to decide whether local watermen will join a large national union of deck officers who serve on ocean-going ships, and which also represents captains and crews on inland waterways beyond New York Harbor. Ballots will be tabulated and results announced in mid-November.

Indian seafarers serving on Indian flagged vessel are forced to pay income tax if their vessel touches two Indian ports during a voyage whereas Indians serving on foreign flag vessels were exempted from paying such a tax. This had cast a burden not only on the seafarers but Indian shipping companies which, as a result, have been seeing flight of good talent to foreign shipping companies. The National Union of Seafarers of India (NUSI) has been consistently persuing the matter…

An Indian Master, Capt Sukhvinder Bhamra, was sailing onboard the MSC Vanessa when he received an email from Mr Abdul Gani Serang of the National Union of Seafarers of India (NUSI) on the hardships faced by Mr Aman Sharma, recently released from captivity as part of the MV Albedo crew. The Master and his crew started to collect money amongst the crew members of the ship. When he signed off, Capt Bhamra called Mr Sharma and informed him that he will try to collect about INR100,000 (USD1,650) from his ship's crew and will help him in the coming days.