The twists and turns of any marine casualty investigation can be unpredictable, but what is predictable is the potentially crushing cost to defend your license, livelihood and professional reputation.It was early afternoon on a late summer day in a busy commercial and fishing port in coastal New England. The captain of an offshore supply vessel was returning to his company’s dock and was lining up to transit past the harbor’s fixed storm mitigation gate when he decided to ‘bail…

To mitigate the impact caused by the partial lapse in appropriations and shutdown of National Maritime Center (NMC) operations, the following updated actions are being taken:• Merchant Mariner Credentials (MMC) (National Endorsements only) and Medical Certificates that expire in December 2018, January 2019, or February 2019 are extended as valid until April 30, 2019. Print letter and carry it with your credential.• Additional Information (AI) letters, sent to mariners that expire in December 2018…

Due to the partial government shutdown, the National Maritime Center (NMC) and all Regional Exam Centers (RECs) are closed until further notice.Customer walk-in service is suspended. Examinations and other REC appointments are cancelled, and REC appointment calendars are closed. Applications may continue to be e-mailed or mailed in and will be processed when the shutdown is over.The following limited operations will be maintained:The Customer Service Center call center is open from 8:00 a.m. to 6:00 p.m. EST, Monday through Friday.

The National Maritime Center (NMC) issued a notice stating it is closed due to the government shutdown. The NMC said it is authorized to maintain a small cadre of personnel to support national defense-related credentialing issues. Maintain the Customer Service Center call center: 1-888-IASKNMC (427-5662) and IASKNMC@uscg.mil will be monitored from 8 a.m. to 6 p.m. EST, Monday through Friday. Regional Examination Center (REC) and other NMC phone/e-mail addresses will not be monitored. Maintain the NMC website, keeping the industry up to date on its status via the website and all list servers. 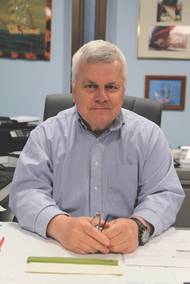 The Maritime Education Standards Council (MESC) is a coalition of 35 member schools in the U.S. and Canada that offer U.S. Coast Guard (USCG) approved maritime training courses to professional and recreational mariners. The coalition was formed with the aim to safeguard education standards and provide students who utilize MESC schools with a high level of training that meets all USCG guidelines. The organization is comprised of privately owned, public and/or nonprofit maritime education providers that offer national and STCW maritime education…

The hours of operation for the National Maritime Center Customer Service Center (CSC) are changing, effective Friday, November 1, 21013. The CSC’s new hours, excluding Federal Holidays, will be Monday through Friday from 8:00a.m.EST to 6:00p.m. EST. If you are in need of assistance, and it is outside the hours of operation, send your question or comment via email to IASKNMC@uscg.mil, and a Customer Service Agent will respond to your inquiry within one-two business days.

The U.S. Coast Guard's National Maritime Center provides advice on the imapct to its missions in the wake of the Government Shutdown. This notice serves to notify the maritime industry that Government has officially shutdown. The National Maritime Center (NMC) is authorized to maintain a very small cadre of personnel to support National Security emergent issues. Maintain the Customer Service Call Center. 888-IASKNMC will be open and monitored from 0800 until 2000 Eastern Time Monday through Friday. REC and NMC phones will not be monitored. Maintain the website.

The U.S. National Maritime Center issued a notice giving precautionary information due to the potential Government shutdown. If the government shutdown occurs, the National Maritime Center (NMC) is authorized to maintain a very small cadre of personnel to support National Security emergent issues. •Push notification via the Website and List Server. •Maintain the Customer Service Call Center. 888-IASKNMC will be open and monitoredfrom 0800 until 2000 Eastern Time Monday through Friday. REC and NMC phones will not be monitored. •Maintain the website. 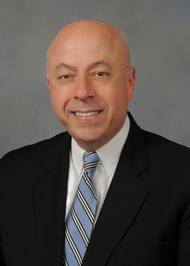 The American Waterways Operators (AWO), a 350-member trade association representing the nation’s tugboat, towboat and barge industry, has released recommended best practices to assist both companies and mariners in navigating the U.S. Coast Guard’s mariner credentialing and medical review process. AWO compiled the best practices based on feedback from industry members through its Working Group on Mariner Licensing and Medical Standards, as well as input from the Coast Guard’s National Maritime Center (NMC). 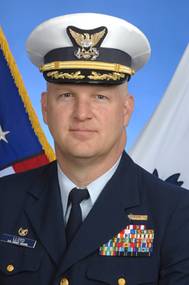 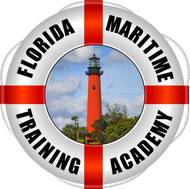 Florida Maritime Training Academy has announced that they are now part of the U.S. Coast Guard's National Maritime Center's (NMC) Maritime Training and Assessment Data Program (MTAD) that was rolled out earlier this month. "We actually had the opportunity to help the USCG with testing by signing up late last year and enter data through the Homeport. Our last STCW Basic Safety Training class of 2011 had their course completing information at the NMC before they got home after the last day of class,” said Roberto Valletta, Director of Training at Florida Maritime. 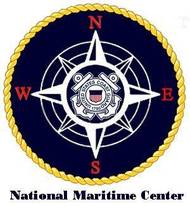 The National Maritime Center (NMC) has posted a new format of the Deck & Engine Examination Guide on its website. The examination guide has been rewritten to contain information pertinent to USCG administered credential examinations for deck and engine endorsements and associated regulations. As the NMC moves forward, the new format allows the agency to quickly revise the guide in response to regulation and policy changes. Thus, the applicant can be assured of having access to the most up-to-date information concerning exams and the examination process.

Florida has a new facility to develop and train Merchant Mariners. Florida Maritime Training Academy has submitted Basic Safety Training and Able Bodied Seaman courses to USCG National Maritime Center (NMC) for approval and expects to hold classes in the Fall of 2011. The Facility is strategically located next to Indian River Terminals in the Port of Fort Pierce. With access to the waterfront, the school will be able to conduct relevant, “hands-on” training to help establish and reinforce the skills to safety work aboard all types of vessels.

For the first time since his dramatic rescue at sea, Captain Richard Phillips of the Maersk Alabama will publicly thank the commanding officer and crew of the USS Bainbridge during a ceremony in Norfolk, Virginia on November 19. The ceremony will take place on the fantail of guided missile cruiser at 2 p.m. The USS Bainbridge will be moored on the downtown Norfolk waterfront. The Maersk container ship was captured by rogue pirates off the coast of Somalia on April 8. Captain Phillips offered himself as a hostage in exchange for the safety of his crew.

The U.S. Coast Guard National Maritime Center located in Martinsburg, W.Va., launched a new service that will automatically send e-mail notifications to mariners informing them of their credential application status as it is being processed. "This new automated service will help maintain confidence among mariners that their application is being actively worked by the Coast Guard,” said Capt. David Stalfort, the commanding officer of the National Maritime Center. Mariners who provide…