GasLog, an international owner, operator and manager of liquefied natural gas (LNG) carriers, is predicting a tighter LNG shipping market, as increasing United States LNG output combines with a seasonal uptick in demand for gas, resulting in rising demand for shipping and higher utilization of the global fleet.These underlying trends in the LNG commodity and shipping markets point towards a structurally tighter market through 2020 and into 2021.As of October 28, 2019, the LNG fleet and orderbook (excluding floating storage and regasification units (FSRUs) and vessels with capacity below 100…

Adriatic LNG, the company which operates the regasification terminal located off the Veneto coastline, announces the arrival of the 600th carrier, the Al Jassasiya. The carrier left Ras Laffan Port in Qatar, delivering a cargo of about 140,000 cubic meters of liquefied natural gas (LNG), equivalent to nearly 85 million cubic meters of gas. The event was celebrated on the terminal with a brief ceremony that involved the vessel's personnel and Adriatic LNG's staff, including the Operations Manager Fabian Erle, who delivered a recognition to Georgios Pissaris, the Captain of the Al Jassasiya.

On a route with direct competition from LoLo carriers, WWL is shipping power generation components from Brazil to a hydroelectric power plant in Chile. Chile’s electricity system depends mostly on thermoelectric and hydroelectric power, and the components are to play a central role in two new-build hydropower plants in Alto Maipo, Chile. When open later this year, the underground plants will generate an expected 2,320 GWh of power into Chile’s national grid every year. The latest piece of equipment shipped to Chile by WWL was a 120-tonne rotor…

Skangas to Source LNG at Import Terminal on Isle of Grain

Skangas has announced that it has signed a Letter of Intent (LoI) with National Grid Grain LNG. Under the terms of the LoI, Skangas is to source LNG at the Grain LNG import terminal on the Isle of Grain in the UK. Skangas, which produces LNG, struck the deal with Grain LNG to ensure a reliable supply of LNG is available, which is critical to the fast-growing small-scale LNG market. As a result of this recent development, Skangas becomes the first small-scale LNG supplier to enter into such an agreement with a UK-based import terminal.

BOURBON is participating in a tidal turbine connection project off the island of Ushant (Brittany, France), a first in France. A pioneer in the towing and installation of the first floating wind turbine off the coast of Portugal, BOURBON is committed in the field of renewable energies and is now supporting SABELLA1. Our mission: to lay the electrical cable for connecting the first tidal turbine to the national grid. The challenges: a narrow corridor, strong currents, 30 tons of cable. A team of over 30 experienced professionals, including engineers, seafarers, divers and ROV pilots.

Brazil's government is planning to take steps to save energy through more efficient usage to avoid blackouts and the risk of rationing, Energy Minister Eduardo Braga said on Friday. The worst drought in more than 80 years has drained hydroelectric reservoir levels in the important southeast region of Brazil, which accounts for 70 percent of Brazil's hydroelectric-dominated generation capacity. Last week rolling blackouts swept across parts of Brazil as the national grid operator…

Residents of Islampur, a remote village in the northern Bangladeshi district of Naogaon, were stunned one night last summer when the darkness was suddenly illuminated by electric lights coming from a village home. Why the surprise? The community has no connection to the country's power grid. The owner of the house, Rafiqul Islam, is one of around 15 million Bangladeshis whose homes are now powered by solar home systems, or SHS, under a government scheme to provide clean power to communities with no access to grid electricity.

ABB has designed, manufactured, installed and commissioned a 1,200-kilovolt (kV) circuit breaker the highest AC voltage level in the world. Once the 1200 kV ultrahigh-voltage switchgear is fully operational, it will have a switching capacity of 10,400 megawatts -  a switch capable of turning ‘ON’ or ‘OFF’ the electricity generated by 10 large power plants or the combined average annual electrical load of Switzerland and Denmark, within milliseconds. The circuit breaker is deployed at the 1…

Egypt signed $350 million worth of financing agreements with Saudi Arabia on Saturday aimed at upgrading its power grid and securing imports of petroleum products as it seeks to end its worst energy crisis in decades. Power cuts have become common in Egypt as the cash-strapped government struggles to supply enough gas to its power stations let alone upgrade a grid suffering from decades of neglect. The energy crunch has become a political hot potato in the Arab world's most populous country…

Bangladesh was hit on Saturday by a major power outage that brought much of normal life to a standstill, forced hospitals and garment factories to rely on back-up generators and even plunged the prime minister's official residence into darkness. "The national grid collapsed so the whole country lost power," said Mohammad Saiful Islam, a director of state-run Bangladesh Power Development Board. Poor and densely populated, Bangladesh struggles to provide power supplies to its 160 million people and its industries…

Brazil finally entered the solar power sector on Friday, granting contracts for the construction of 31 solar parks as it tries to diversify its sources of generation amid an energy crisis caused by the worst drought in eight decades. Brazil's energy regulator, Aneel, concluded its first exclusive solar power auction on Friday, clinching 20-year energy supply contracts with companies that will invest 4.14 billion reais ($1.67 billion) and start to feed the national grid in 2017. 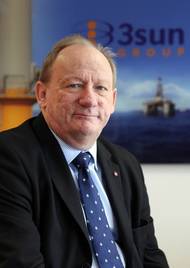 3sun Group appointed Les Dawson OBE as Chairman of the Board of Directors. Operating in the oil and gas and wind sectors both onshore and offshore, 3sun Group is an established supplier of control panels for offshore oil and gas subsea and platform applications, as well as the installation, inspection and maintenance of wind turbines. Dawson’s role as chairman will underpin the company’s growth plans and commitment to delivering a high-quality, fully-integrated service from launch to completion.

The latest seabed survey of the Dogger Bank offshore wind zone takes the cost of the Forewind consortium's spend on offshore surveys to almost £45 million. Since being awarded the rights to develop Dogger Bank in January 2010, Forewind has undertaken a huge range of geotechnical, geophysical and fish ecology surveys to understand and characterise the seabed and marine conditions of the zone as part of its environmental impact assessment work. The majority of the contracts have gone to UK companies including Hull-based Precision Marine Survey Limited…

A UK Institute for Public Policy Research (IPPR) research paper dismisses illusions about wind power as an energy resource. Much opposition to wind power appears to be based on the belief that it is an ineffective technology, inefficient or unreliable. This claim is untrue and it is important to get ‘beyond the bluster’ in assessing the effectiveness of wind power. •    Is wind power an effective way of reducing carbon emissions? •    Is wind power a secure and reliable source of energy for the UK? 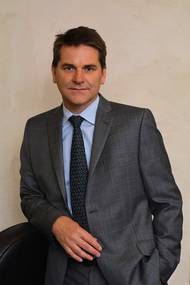 GL Noble Denton, the independent technical advisor to the oil and gas industry, has appointed industry veteran Arthur Stoddart to lead its operations in the Americas. Stoddart will become Executive Vice President for the region, based in Houston. He will take overall responsibility for developing GL Noble Denton's presence across the United States, Canada, Mexico and Brazil. The company has an extensive track record of advising operators on the safety, integrity and performance of their on-and offshore assets…

According to a September 7 report from The New York Times, China has leapt past the United States, installing its first offshore wind farm. Several other farms also are already under construction, and even the Chinese government's ambitious targets seem low compared to industry dreaming. The first major offshore wind farm outside of Europe is located in the East China Sea, near Shanghai. The 102-megawatt Donghai Bridge Wind Farm began transmitting power to the national grid in…

Strong 2010 Forecast for A&P After Buyout

A&P Group, a UK commercial ship conversion and repair company now headquartered in Cardiff, moves into 2010 with a strong order book for projects ranging from defence to sustainable energy. A&P was taken over last July by the Cardiff-based Bailey Group, headed by property developer and entrepreneur Paul Bailey. He previously held a 50 per cent stake in A&P, which has moved to new corporate offices at Cardiff Gate. The shipping group, with UK sites at Tyne, Tees and Falmouth, has scored major successes this year…