$1 Million Will Go to Projects that Support Cleanup of Marine Pollution, Preservation of Aquatic Life, and Restoration of Shorelines around Newark Bay.A shipping company based in Italy today admitted discharging oily waste and other pollutants into the sea and then lying about it, U.S. Attorney Craig Carpenito and Assistant Attorney General Jeffrey Bossert Clark announced.The company, d’Amico Shipping Italia S.p.A., pleaded guilty before U.S. District Judge Susan D. Wigenton in Newark federal court to an information charging it with violating the Act to Prevent Pollution from Ships.

The German shipping companies Briese Schiffahrts GmbH & Co. KG and Briese Schiffahrts GmbH & Co. KG MS “Extum,” who owned and operated the cargo ship M/V BBC Magellan, pleaded guilty today to failure to maintain an accurate oil record book, in violation of the Act to Prevent Pollution from Ships and tampering with witnesses by persuading them to provide false statements to the U.S. Coast Guard concerning a bypass hose on the vessel that was being used to discharge oil into the sea. 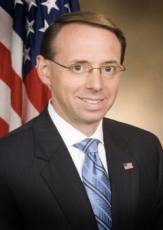 The Hachiuma Steamship Co., LTD pleaded guilty January 30 to violating the Act to Prevent Pollution from Ships (APPS), arising from the failure to maintain an accurate oil record book concerning the illegal disposal of oil residue and bilge water overboard the cargo vessel M/V Selene Leader. Chief U.S. District Judge Catherine C. Blake sentenced Hachiuma Steamship to pay $1.8 million, and placed it on probation for three years during which it is to develop an environmental compliance program. The plea and sentence were announced by United States Attorney for the District of Maryland Rod J.

BP says it is supporting economic and environmental efforts in the Gulf of Mexico and is committing huge funding. To date, BP has spent over $14 billion in response and clean-up costs and have paid $9.9 billion in claims, advances and settlements to individuals, businesses and governments. The company has also committed to provide up to $1 billion to fund early restoration projects. In 2011, BP committed $174 million to be distributed to Alabama, Louisiana, Mississippi and Florida over a three-year period to promote tourism, seafood marketing and testing.

Transocean pleads guilty, sentenced to pay $400-million in penalties for criminal conduct leading to the disaster. Transocean Deepwater Inc. has pleaded guilty to a violation of the Clean Water Act (CWA) for its illegal conduct leading to the 2010 Deepwater Horizon disaster, and was sentenced to pay $400 million in criminal fines and penalties, Attorney General Holder announced. In total, the amount of fines and other criminal penalties imposed on Transocean are the second-largest environmental crime recovery in U.S. 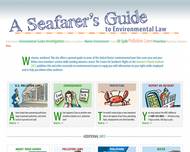 Using SCI’s newly developed Internet application, seafarers can use mobile devices to get information on US environmental pollution laws from anywhere in the world. Expanding materials developed in conjunction with the National Fish and Wildlife Foundation and the Massachusetts Maritime Academy, SCI gives seafarers an easy way to brief themselves on US environmental laws. A new web app, enviroguides.us, allows merchant mariners to use the web browser on any device (mobile phone…

Transocean Ltd. (NYSE: RIG) (SIX: RIGN) announced that it has reached an agreement with the U.S. Department of Justice to resolve certain outstanding civil and potential criminal claims against the company arising from the April 20, 2010, accident involving the Deepwater Horizon in the Gulf of Mexico. As part of this resolution, a Transocean subsidiary has agreed to plead guilty to one misdemeanor violation of the Clean Water Act (CWA) for negligent discharge of oil into the Gulf of Mexico and pay $1.4 billion in fines, recoveries and penalties, excluding interest.

Odysea Carriers, S.A., an Athens, Greece-based shipping firm to pay $1.2 million fine & placed on three years probation. Odysea Carriers pleaded guilty recently before a federal court in New Orleans to illegally discharging oily waste into the ocean and comvering up the illegal actions. The charges stem from an investigation into the actions of the M/V Polyneos, a 37,623 gross ton ocean-going bulk carrier owned by Odysea, which docked at the Port of New Orleans on Oct. 12, 2011.

A Liberian-incorporated shipping company pleaded guilty in federal court in Trenton, N.J., to failing to keep accurate oily water discharge records and using falsified records to conceal the discharge at sea of untreated bilge from one of its cargo ships, the Justice Department announced. Dalnave Navigation Inc., a Liberian company with offices in Athens, Greece, was sentenced by U.S. District Judge Peter G. Sheridan immediately after the guilty plea to pay a fine of $1m, the maximum fine allowable for the two counts to which the company pleaded guilty.