Indian Ports Association (IPA) has appointed Tech Mahindra as the Managed Service Provider for five major ports. This is the first such outsourcing deal in the major ports.Tech Mahindra will build and maintain an enterprise business system (EBS) to modernise and automate port processes at five Central government-owned port  at Mumbai ,Kolkata, Chennai, Deendayal Port  and Paradip Port Trust.This initiative is a major step towards integrating the maritime sector and fostering growth…

India's Ministry of Shipping has undertaken a diverse set of initiatives as part of its drive to boost profitability across major Indian ports.One major initiative is to improve the returns earned on treasury investments by the ports for pension, provident and surplus funds. Across all major ports, these funds add up to around INR  33,000 crore (USD 4.8 billion), yielding interest of around INR 2,700 crore (USD 394 million)Looking for ways to push this amount further, the Ministry…

Bharat Mumbai Container Terminals Private Limited (BMCT) continued to improve connectivity and ease of doing business for JNPT (Jawaharlal Nehru Port Trust) users with its first barge and train volumes last week. A 90-TEU (twenty-foot equivalent unit) block train departed for Mandideep on 13 March 2018, while a second train left for Nagpur on 16 March. Both trains were operated by Container Corporation of India (Concor). On 18 March, there were both barge and rail movements as Shahi Shipping’s “Royal Hugli” barge loaded 75 TEUs at BMCT for the short marine transit to Mumbai Port Trust…

According to the Ministry of Shipping in India, the 12 major ports in the country together handled 159.0 million tonnes of cargo in the first quarter of the current fiscal (April-June 2016-17), against a cargo traffic of 149.74 million tonnes in the similar quarter of the previous fiscal, a year-on-year growth of 6.2 per cent. The  joint secretary (ports) Pravir Krishn said the growth in cargo traffic showed some buoyancy, growing at 6.2 per cent in April-June FY17 against the 4.5 per cent growth recorded in April-June FY16.

In order to reduce congestion and lower the transaction cost, Mumbai and Nhava Ship-Agents Association (MANSA) have sought berthing facilities at the Offshore Container Terminal for higher dimensional vessels carrying large parcels of pulses, steel and general cargo. In a letter addressed by MANSA to the Chairman of Mumbai Port Trust states, “These vessels cannot be accommodated and are required to be lightened at the Anchorage Port Lighterage Point. Such repeated occurrences have contributed to frequent congestion at the port. 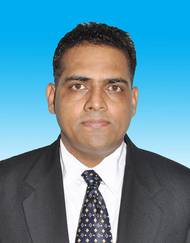 Continuing its record breaking performance of handling all time high cargo volume of 61.61 metric million tonnes in the preceding financial year, Mumbai Port Trust has registered an overall growth of 15% upto 31st July this year against the corresponding period in the previous year. Highest growth of 55% was registered in the Iron & Steel segment followed by 18% in stream/transshipment cargo. The Port has also registered rise of 15% in crude oil imports and nearly 13% in POL products (imports). The cargo handled in the Indira Dock Basin has registered an overall growth of 15%.

A fire broke out due to a suspected leakage in an oil pipeline passing through a land owned by the Mumbai Port Trust (MbPT) in Wadala in central Mumbai, but no one was injured. Fifteen fire tenders and 12 water tankers eventually doused the flames after a five-hour fight around 11pm. There were no casualties. Sources said the flames were spreading fast in the evening because of the strong monsoon winds blowing from the southwest. Dark smoke could be seen from up to 7km away in Lower Parel. The fire began at 5:50 pm.

India's Ministry of Shipping has chalked out a plan to raise a trillion India Rupees to develop ports, build ships and improve inland waterways, says a report in the Business Standard. The money will help the shipping ministry, which floated the proposal, help finance port and maritime-related infrastructure projects. The amount would be raised in the dollar equivalent at an interest of three per cent. For, the government may set up a dedicated company by pooling the future income of the 12 ports it directly owns.

Anti-Corruption Bureau in the state of Gujarat has ordered by a Kutch court to probe the alleged multi-million rupee scam in Kandla Port Turst (KPT), has filed a revision petition saying the case be handed over to a national agency like CBI instead, reports PTI. “Gandhidham unit of ACB filed a revision plea before the sessions court yesterday and challenged the magistrate’s order to probe the scam. We have demanded that the case should be probed by a national agency, probably CBI…

Mumbai Port Trust in their circular No. MbPT Circular No. TM/ID/CIRCULAR/678  has informed about their plan to repair the outer lock gate through a private contractor. Removal of the lock gate on 15th May during day by Port floating crane Shresta, this operation will be from 15th to 20th and resulting in no movements during day ie from 0800 hrs to 1800 hrs from 15th May to 13th September, Indira Dock will be tidal. Since Indira Dock being tidal navigation is possible only during flood tide, which will result in restriction of vessel to loa 152 meters and beam 22.86 meters .

The foul weather season has been declared from May 25 to August 31, in the Port of Mumbai. During this period, the anchorage area of the [Mumbai] inner harbour is restricted to a line, which is normally north of the Sunk Rock Light House position. Hence, the number of anchorages that can be utilized would be restricted due to non-availability of anchorages to the south of this line. There is a possibility that A-3 anchorage also may not be available. Mumbai Port Trust will try…

Ship Blaze Under Control off Mumbai

A major fire aboard the Colombo-bound merchant vessel 'Amsterdam Bridge' off Mumbai coast reportedly contained & cooling operations underway. Indian Coast Guard officials said, "The flames have been contained but not extinguished. The ship, carrying hazardous cargo, caught fire near the Prongs Reef Lighthouse in South Mumbai, reports the Hindustan Times. Coast Guard officials said that they have not witnessed any oil spill so far even though the ship fuel tank contained 2,600 tonnes of heavy fuel.

As part of its upgrading program for its Europe India service, Rickmers-Linie, has added the 17,000dwt newbuilding Rickmers Tianjin to the schedule. The base ports served are Hamburg, Antwerp, Genoa, Mumbai and Chennai but the service is capable of serving a wide variety of additional ports on inducement. Rickmers Tianjin joins her sistership Rickmers Yokohama and the charter ships Linde, Martin and Baltic Winter on the Indian service. On her maiden voyage from Europe, Rickmers Tianjin was named in the Port of Mumbai on 9 January.