The Ports of Indiana has received the coveted Green Marine certification for all three of its port locations for its commitment to advance environmental sustainability initiatives. It is the first state-wide port authority to achieve such distinction. Green Marine is a voluntary initiative to improve environmental performance beyond regulatory compliance in key areas such as aquatic invasive species, greenhouse gases and air pollutants, spill prevention, dry bulk handling and storage…

The Consolidated Grain and Barge Co. (CGB)  announced the completion of its $32 million expansion at its soybean processing facility at the Port of Indiana-Mount Vernon.CGB President and CEO Kevin Adams and CGB Senior Vice President Steve O'Nan joined Port of Indiana-Mount Vernon Port Director Phil Wilzbacher to welcome the expansion that will increase servicing opportunities for Indiana's soybean farmers and increase product supply for agribusiness customers.CGB originates and markets grain and oilseeds for domestic and international markets.

Shipments reached nearly 5.7 million tons and grew by 19 percent at the Ports of Indiana during the first six months of 2017 compared to the same time period last year. The growth, led primarily by increased shipments of coal, ethanol, fertilizer, minerals and steel, marked the second highest volume during the first two quarters of any year in the organization's history. The Port of Indiana-Mount Vernon's tonnages rose nearly 38 percent over 2016 figures to 3.4 million tons. During the first half of the year…

The newly released 2016 Indiana Logistics Directory reports that Indiana ranks high nationally in its ability to move freight via truck, rail, water and air. The state is ranked in the top five states in more than 25 logistics-related categories and in the top 10 in 109. The Directory, published by the Ports of Indiana, showcases Indiana's vast transportation infrastructure and includes national logistics rankings, maps and freight statistics. According to the Directory, Indiana ranks first among all states in pass-through interstates… 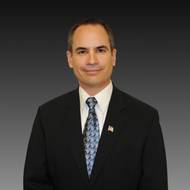 The Port of Indiana-Mount Vernon set a new annual shipping record in 2015 by handling over 6.6 million tons for the first time in its 40-year history. This was a 36-percent increase over 2014 and 30 percent higher than the previous record set in 1994. In addition to the record volume, it was also the highest annual increase in total tons handled at the port. "The credit for the record volume rightfully goes to our world-class port companies, without them we would not be enjoying the success we have today," said Port Director Phil Wilzbacher.

The Port of Indiana-Mount Vernon handled 735,000 tons of cargo in December, which was the highest ever single-month total at any of Indiana's three ports, and also produced the highest fourth-quarter shipments by any port in Ports of Indiana history. December's results were 31 percent higher than the previous single-month record set in 1993 and the port's fourth quarter shipments broke its own quarterly record established in 2013. The port finished 2014 with 4.85 million tons, up 17 percent from 2013 and the highest annual total since 1994. 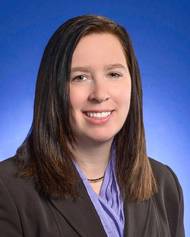 Heather Bunning has joined the Ports of Indiana as the new Public Affairs Manager, and will serve as the primary contact for media inquiries related to all three of the state's public ports as well as statewide maritime, foreign-trade zone and multimodal transportation issues. The Ports of Indiana is a statewide port authority that operates a system of three ports on the Ohio River and Lake Michigan, located in Jeffersonville, Mount Vernon and Burns Harbor/Portage. Bunning will be responsible for coordinating all media releases…

The Ports of Indiana has named Scott Stewart as port director for the Port of Indiana-Jeffersonville. A native of nearby New Albany, Ind., Stewart spent 24 years in positions of increasing responsibility with the Procter & Gamble Company before retiring in 2008 and moving back to Indiana. Upon his return, he served as a senior policy director for Governor Mitch Daniels and most recently as Director of Strategy for the Indiana Department of Transportation on the Ohio River Bridges project.

The last operational World War II tank-landing ship, the USS LST-325, was scheduled to refuel at the Port of Indiana-Mount Vernon during the weekend of April 16 on a visit to the city’s riverfront. This LST – which stands for Landing Ship, Tanks – is one of only two such ships preserved in the U.S. and the only one capable of sailing on its own. It was added to the National Register of Historic Places in 2009. “This is the last LST out of 1,051 – all built for World War II service,” said Terry Tull, a member of the  LST-325 Memorial board of directors and a crew member of six years.