U.S. miner Cloud Peak Energy said on Tuesday it will export coal from a Montana mine for 30 to 40 months to two new power plants in Japan with shipments that could start late next year. The coal from Montana's Spring Creek Mine will be carried by rail to Vancouver and then sent by ship for delivery to two 540-megawatt coal gasification plants in Fukushima Prefecture, Cloud Peak said. JERA Trading Pte Ltd, a trading company based in Singapore, will buy the coal from Cloud Peak. Sales of the coal are expected to reach 1 million metric tonnes in the final contract year, Cloud Peak said. 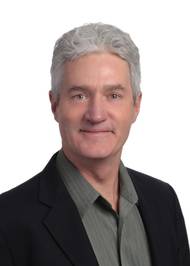 James Reed has been named maritime manager for the Pacific Northwest at WSP | Parsons Brinckerhoff, a global engineering and professional services organization. In his new position, Reed will be responsible for business development, client relations and management of projects within the firm’s Pacific Northwest maritime business sector. He will be based in the Seattle office. Reed has more than 34 years of experience as a civil engineer, project manager, construction manager and quality assurance/quality control manager for planning… 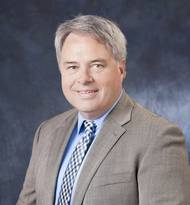 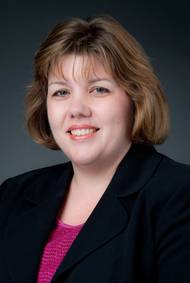 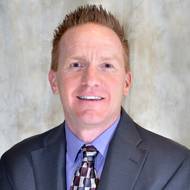 WAGO has announced the appointment of Jim Ratcliffe to the position of Regional Sales Manager for Colorado, Wyoming and Montana. Ratcliffe, who previously held positions with General Electric and Schneider Electric, brings a strong engineering and sales background to his new role with WAGO.  Additionally, Jim holds a bachelor’s degree in engineering from the University of Florida. Beyond bolstering support for WAGO customers in the area, Ratcliffe is looking forward to helping grow WAGO’s presence in the oil and gas, renewable energy, mining, metals and minerals sector. 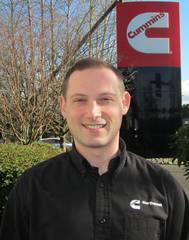 Geoff Conrad – Marine Director at Cummins Northwest informs that Mike Fourtner has joined as the newest member of the sales team with focus on developing the commercial marine markets in Oregon and Washington. Mike has an extensive marine fisheries and vessel operations background that should serve customers well in selling engines, repowers, service, and parts. We are fortunate to have Mike onboard. His years of experience will bring the “voice of the fisherman into our business” reported Geoff Conrad – Marine Director at Cummins Northwest.

On Sunday, August 11, Border Patrol agents from Havre Sector arrested a Croatian national who was a deserter from his cruise ship docked in Seattle. On Saturday, the ship’s agent notified CBP officials at the Port of Seattle that one of their crewman had failed to report back to the ship for departure. Customs and Border Protection officers from the Port of Seattle responded to the ship and notified the Havre Border Patrol Sector. Agents from the Havre Border Patrol Station were able to locate the subject on the Amtrak train the following day, and he was taken into custody without incident.

Secretary of the Navy Ray Mabus has announced the names of the next 3 joint high speed vessels, & 2 littoral combat ships. The next three joint high speed vessels (JHSV) will be named USNS Yuma, USNS Bismarck and USNS Burlington, and two littoral combat ships (LCS) will be named USS Billings and USS Tulsa. "It is my privilege as Secretary of the Navy to name these ships after five great American cities," said Mabus. "Several cities will be represented for the first time in the Navy fleet…

Lone Star Geophysical Surveys buys a 4000-node ZLand seismic system from FairfieldNodal for US & Canada projects. The company previously leased ZLand system nodes for environmentally sensitive work in Kansas, Nebraska, Colorado and Montana, and made their purchase decision based on the results they achieved there. “We have put these nodes to the test in some very challenging environments and been very impressed, both in terms of system performance and the HSE advantages they provide,” said Lone Star Geophysical Survey’s CEO and President Heath Harris.

Volatility, expensive and limited finance and challenging trading conditions permeate many shipping industry sectors & is mirrored in shipbuilding. Nevertheless, there has been enough of a steady stream of dealflow for the mid‐sized shipyards to maintain a level of activity in the market – although buyers price expectations remain challenging for shipyards to accommodate, according to the latest Clarkson Hellas Weekly Bulletin on the shipbuilding market. For the larger capacity shipyards in both China and Korea…

On many of Europes inland waterways, the limit to cargo capacity is not so much about horsepower but it is the limit imposed on the vessel by the size of the locks that it has to transit. With the largest vessels, along with their additional barges, designed to maximize available space in the locks it is necessary to get the unit into the lock and stopped up without damage to the lock or vessel as promptly as possible. On the Mains-Danube system, regulations limit vessel size to 190 by 11.45 meters.