The European Commission has approved the acquisition of OLT Offshore LNG Toscana by SNAM and the UK’s First State Investments International (FSI), under the EU merger regulation.According to the Commission, OLT is active in the management of a floating storage and regasification unit for liquefied natural gas in Italy.SNAM is the holding company of the Snam group, which is active in the development and integrated management of gas infrastructures and, in particular, in the transmission…

Mitsubishi Shipbuilding Co., Ltd. signed a contract with Mitsui O.S.K. Lines (MOL) to build two LNG-fueled ferries, the first such project in Japan. These vessels will be built at the Shimonoseki Shipyard & Machinery Works, with deliveries scheduled for the end of 2022 to early 2023. Ferry Sunflower Limited based in Oita, will operate the ferries on its Osaka-Beppu route.The ferries will be about 199.9m long and 28.0m wide, with gross tonnage of approximately 17,300 tons. They will have maximum prescribed capacity for 763 passengers…

According to a report in JIJI Press, Mitsubishi Heavy Industries  is considering selling one of its largest shipbuilding plants in Japan to reduce costs.According to the report , the Japanese conglomerate is weighing the sale of the Koyagi plant in the southwestern city of Nagasaki to Oshima Shipbuilding Co., the third biggest shipbuilder in the country.With the sale, Mitsubishi Heavy would effectively withdraw from construction of large vessels carrying resources such as liquefied natural gas.

As the marine industry evolves toward autonomous operations, one of the sticking points traditionally has been centered on maintenance and answering the question: “what happens when machinery needs fixed?”Helping to advance the technologies is the NYK Group, which recently finished a concluded a joint research agreement for developing advanced condition-based maintenance (CBM), a new maintenance and management process for ship machinery which eschews the maritime practice of time-based maintenance (TBM). 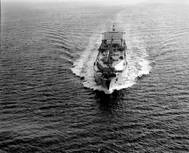 Japanese gas buyers marked the 50th anniversary since the first cargo of liquefied natural gas arrived in Japan, now the world’s biggest importer of the fuel.On November 4th, 1969, LNG was first imported to Japan. Tokyo Electric Power Company (now JERA Co., Inc.) and Tokyo Gas, through Mitsubishi Corporation acting as a buyer’s agent, started receiving LNG in 1969 from the Alaska LNG Project with Phillips Petroleum (now ConocoPhillips) as a seller.Demand for LNG and natural gas is expected to further increase globally, especially in the emerging countries.

Wind turbine manufacturer MHI Vestas Offshore Wind has signed its third contract in Taiwan for local production as it prepares to execute 900 MW of offshore wind projects."Confirming the first electrical component for local supply in the budding offshore wind industry in Taiwan, MHI Vestas has signed a conditional agreement with Mitsubishi Electric Europe B.V., with Taiwanese manufacturer, Shihlin Electric Co., included as an integral part of the production," said a notification from the company.The contract…

Johnalan Brill joins FUELTRAX as of June 2019 as Director of Data Analytics for FUELTRAX. He will assist in leveraging operational data from FUELTRAX global fleet and provide expert analysis to determine best practices and operational efficiencies to clients. Overseeing the next generation of FUELNET advancements, Brill will be taking the lead in subsequent steps to expanding FUELNET analysis offerings, to continue to save time and provide value for clients through tools such…

Johnalan Brill joins Fueltrax as of June 2019 as Director of Data Analytics.In his role Brill will leverage operational data from Fueltrax  global fleet and provide expert analysis to determine best practices and operational efficiencies to clients. Overseeing the next generation of FUELNET advancements, Brill will be taking the lead in subsequent steps to expanding FUELNET analysis offerings, to continue to save time and provide value for clients through tools such as dashboards… 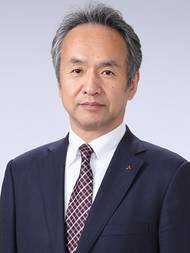 Mitsubishi Heavy Industries, Ltd. (MHI) announced executive-level personnel changes effective March 31 and April 1, 2019 and made nominations for Directors to be proposed to the 94th Ordinary General Meeting of Shareholders scheduled for June 27, 2019. MHI also announced the appointment of Seiji Izumisawa as President & Chief Executive Officer (CEO), effective April 1, 2019, and Chief Strategy Officer (CSO), a role he holds currently. He succeeds Shunichi Miyanaga, who will take on the role of Chairman of the Board after six years as MHI's executive leader.

NYK in Charter Agreement with Mitsubishi

Build It and They Will Buy: The New World of LNG Canada

The first major liquefied natural gas (LNG) project to be approved globally in five years will be built in Canada, but its underlying philosophy appears to be more closely allied to the Australian concept of "she'll be right, mate."The LNG Canada project was given the green light on Tuesday by Royal Dutch Shell, which is leading the $31 billion venture along with partners Petronas, Mitsubishi, PetroChina and Korea Gas.What makes the first export plant on Canada's west coast different…

Bangladesh Shelves LNG Projects as Others Ramp Up

Bangladesh has put aside two smaller liquefied natural gas (LNG) projects with trading houses Gunvor and Vitol to focus on two larger LNG import terminals, one of which is already in use while the second will start up in March.Bangladesh has turned to LNG to offset falling domestic gas output to feed industrial demand and electricity generation in a nation of 160 million people where a third have no power supply.It aims to import 17 million tonnes a year of LNG by 2025, which in today's terms would make it a top five importer.