Russia on Monday handed back three naval ships it captured last year to Ukraine, something Kiev wanted to happen before a four-way peace summit on eastern Ukraine next month in Paris.The handover, confirmed by the two countries' foreign ministries, occurred in the Black Sea off the coast of Crimea, which Russia annexed from Ukraine in 2014.Russia seized the ships in the same area in November last year after opening fire on them and wounding several sailors. Moscow said the ships - two small Ukrainian armoured artillery vessels and a tug boat - had illegally entered its territorial waters.

The Port of Rotterdam Authority has again put its preparatory measures for a No-Deal Brexit on hold following recommendations from the Ministry of Foreign Affairs.The largest port in Europe, located in the city of Rotterdam, Netherlands, said in a press note attributed the reason to the agreement reached yesterday by member states of the European Union and the United Kingdom on a Brexit extension until 31 January 2020."In concrete terms, this means that, effective from today, the buffer parking locations for trucks will again be dismantled.

The first export cargo from Afghanistan to India will be shipped through Iran's Chabahar port within the Next Month using the international customs transit system (TIR system).A government press release from Iran quoted  Husne Mubarak Azizi, head of foreign affairs and Ministry of Transport of Afghanistan saying that  that Afghanistan is preparing to ship the first cargo of five containers through Chabahar to India, which will take place within a month or less.The cargo is mung beans and each container will weigh about 22 tons.

The Panama Canal Authority (ACP) has entered into a Memorandum of Understanding (MOU) with major UK ports operator, Peel Ports, who own the Port of Liverpool, as the latter gears up for the formal opening of its Liverpool2 container terminal in early November. The formal agreement creates a strategic alliance aimed at facilitating international trade and generating new business by promoting trade routes between Liverpool and the west coast of South America via the Panama Canal. The agreement was signed October 24 by Jorge L.

Senior Minister of State, Prime Minister's Office, Ministry of Foreign Affairs & Ministry of Transport, Mrs Josephine Teo officially opened the inaugural Maritime Youth Festival (MYF). Organised by Maritime and Port Authority of Singapore (MPA), MYF is a biennial two-day festival that aims to raise awareness of Maritime Singapore through a weekend of fun-filled activities. Positioned as an event that is run for youth by youth, participants will be introduced to different aspects of maritime industry in a light-hearted manner through booth games and activities.

Mark Whitworth, CEO of Peel Ports Group, and Gary Hodgson, COO, were VIP guests of the Mayor of Panama during the inauguration ceremony of the newly expanded Panama Canal when the official opening took place on Sunday, June 26th. The delegation from Peel Ports, owners of the Port of Liverpool, met with key Panamanian political and business leaders as part of the event, hosted by the Ministry of Foreign Affairs and the Panama Canal Authority. Mark Whitworth commented: “The opening…

Group of Seven (G7) leaders will call for respect for the rule of law and peaceful resolution to conflicts in a joint statement to be issued Friday at the end of their two-day summit, taking a swipe against China's territorial ambitions in the South China Sea, reports Nikkei. The leaders, without singling out China, will dismiss “unilateral actions that could alter the status quo” in a declaration to be issued after their summit, the sources said. The document will not explicitly name Beijing.

AzerNews says that Turkmenistan publicized its plans on creating international transit transport corridors within the framework of the 96th meeting of the International Maritime Organization's (IMO) Maritime Safety Committee, ongoing from May 11 to 20, 2016. The heads of the railway and maritime agencies of Turkmenistan, Azerbaijan, Kazakhstan, Iran and Georgia recently held a five-sided meeting at the National Tourist Zone "Avaza" on the Caspian Sea coast. The meeting was also attended by representatives of the Ministry of Foreign Affairs of Turkmenistan.

On August 1, 2016, Ulf Hahnemann, current Vice President for Strategic Programs at Mars Inc. will join Maersk Line as Chief Human Resources Officer (CHRO) and be part of the management board of Maersk Line. Maersk Line’s current Chief Human Resources Officer, Michael Chivers, resigned in January 2016 to explore opportunities outside of the Maersk Group. He will leave by the end of May 2016. As of August 1, 2016, Maersk Line’s management board will consist of Søren Skou, Chief Executive Officer…

Pirates operating off the coast of Nigeria have taken hostage five Polish sailors, including the captain and officers, from the Polish general cargo ship Szafir. The ship was headed to the port of Onne in Nigeria from Antwerp, when the armed pirates struck, with 11 of the crew escaping harm by barricading themselves in the engine room and turning off the engines. Polish Foreign Minister Witold Waszczykowski said the men - including a captain and three officers - were kidnapped on Thursday night from the cargo ship. He said that the kidnappers had not yet established contact.

Bård Glad Pedersen has been appointed Statoil's vice president for media relations, the company said on Friday. "Glad Pedersen comes from the position as state secretary (deputy minister) in the Norwegian Ministry of Foreign Affairs. He will join Statoil after having served his potential quarantine leaving his current position," it added. Glad Pedersen was a Statoil employee before joining the Foreign Ministry in 2013.   Reporting by Terje Solsvik

The Danish shipping giant Maersk Line is still trying to obtain details of the Iranian court ruling that resulted in seizing Maersk Tigris by the Iranian authorities over an alleged commercial dispute. While the Iranian claimant in the Maersk Tigris case warns vessel could be put for auction if compensation is not paid by Maersk Line, on the other hand, says it has still no received written confirmation of court rulings or ship arrest warrant. The Maersk Tigris was seized last Tuesday by Iranian patrol boats in the Strait of Hormuz…

Japan Considering Patrols with US in South China Sea

Mitsui O.S.K. Lines, Ltd. today announced that MOL cooperated in the transport of the “Tachinepta” float (*1) Samba Carnival (*2) Components of the float, weighing about 5 tons in all, were placed into 15 containers and loaded aboard an MOL-operated containership. The vessel departed the Port of Shimizu on November 25, 2014, and arrived at Santos, Brazil on January 7. The Tachinepta was then assembled by craftspeople who traveled to the site from Goshogawara City, Aomori Prefecture, Japan.

On December 18, Member of Rosneft Board of Directors, special representative of President of the Russian Federation on international cooperation in the Arctic and Antarctic Artur Chilingarov made a report "Russia and Norway: Prospects for Cooperation in the Arctic" at the Fridtjof Nansen Institute. "Arctic development will help to melt the ice of distrust between Russia and the West," Chilingarov asserted. He cited Rosneft's joint projects as examples of successful Russian-Norwegian cooperation on the Arctic shelf.

Piracy, terrorism and criminal activities originating in Somalia can only be addressed by creating a climate of security, engagement and empowerment that will encourage home grown businesses, international investment and alternative employment for Somalia’s young people. That’s one of the key conclusions of the second high level meeting of public and private sector experts on Somalia brought together by DP World and knowledge partner the Institute for Near East and Gulf Military Analysis (INEGMA) in Dubai under the theme ‘Public-Private Partnership (PPP) Opportunities… 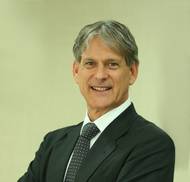