Maersk, an integrated logistics company, said it has delivered its first end-to-end shipment of freshly produced green chillies from Varanasi to Jebel Ali, United Arab Emirates (UAE), within a duration of nine days.The Danish business conglomerate worked closely with Agricultural and Processed Food Exports Development Authority (APEDA) of India, the apex organization under the Ministry of Commerce & Industry, responsible for the export promotion of agricultural products, to enable…

Washington has set its terms for a trade deal with China, offering to suspend some tariffs on Chinese goods and cut others in exchange for Beijing's buying more American farm goods, U.S. sources said on Thursday.Beijing has yet to confirm whether it is on board with the proposal, although officials will hold a press briefing Friday night local time to update progress on the talks, the State Council Information Office said. Officials from the state planner, ministry of finance, foreign ministry, agriculture ministry and ministry of commerce will attend.In the hours since U.S.

Senior Chinese and U.S. trade officials spoke by telephone on Tuesday as the Chinese side lodged solemn representation on additional tariffs on Chinese goods scheduled to start next month, China's Ministry of Commerce said in a statement.The statement was issued at around the same time that U.S. Trade Representative Robert Lighthizer's office said the United States will delay imposing a 10% tariff on certain of the products, including laptops and cell phones.The Chinese statement made no mention of this planned delay.Chinese Vice Premier Liu He spoke with Lighthizer and U.S.

Senior Chinese and U.S. trade officials spoke by telephone on Monday ahead of talks between Chinese President Xi Jinping and U.S. President Donald Trump set for later this week, as the world's two largest economies remain locked in a tariff war.Trump and Xi are expected to meet on the second day of the Friday-Saturday Group of 20 summit in Japan, the first face-to-face meeting for the leaders since trade talks broke off in May.Chinese Vice Premier Liu He held a phone conversation with U.S. Trade Representative Robert Lighthizer and U.S.

India's largest port developer Adani Ports and Special Economic Zone (APSEZ) has agreed to pick up 97% stake in Marine Infrastructure Developer (MIDPL) from Larsen & Toubro at an enterprise value of Rs 1,950 crore ($284 million). According to a press release from the company, Kattupalli Port is one of the most modern ports in India emerging as Chennai’s New Gateway for EXIM trade in Chennai/Bangalore region and provides a whole new dimension of services with speed and sophistication.

China Hammers US Goods with Tariffs

China has increased tariffs by up to 25 percent on 128 U.S. products, from frozen pork and wine to certain fruits and nuts, escalating a dispute between the world's biggest economies in response to U.S. duties on imports of aluminium and steel. The tariffs, to take effect on Monday, were announced late on Sunday by China's finance ministry and matched a list of possible tariffs on up to $3 billion in U.S. goods published by China on March 23. Soon after the announcement, an editorial…

China's commerce ministry said on Friday that it may impose additional tariffs on up to $3 billion of U.S. imports in response to U.S. tariffs on Chinese steel and aluminum products. The ministry said it was considering implementing measures in two stages: first, a 15 percent tariff on 120 products including steel pipes, dried fruit and wine, and later, a 25 percent tariff on pork and recycled aluminum. Below is a list of 128 U.S. 83  22043000  Grape juice other than that of heading item No.

The Ministry of Commerce (MOFCOM) in China approved Danish shipping giant Maersk Line’s proposed acquisition of Hamburg Süd, reported Reuters. Maersk Line, the world’s biggest container shipping company, will pay 3.7 billion euros ($4.3 billion) to buy German rival Hamburg Sud. However, China has put in place restrictions on Hamburg Süd and Maersk Line’s use of vessel-sharing agreements (VSA). The ministry, in a statement, said the company could not enter a new ship sharing alliance on Far East-South America routes in the five years after the deal.

China Prepares to Counter Any US Trade Penalties

China's government has been seeking advice from its think-tanks and policy advisers on how to counter potential trade penalties from U.S. President Donald Trump, getting ready for the worst, even as they hope for business-like negotiations. The policy advisers believe the Trump administration is most likely to impose higher tariffs on targeted sectors where China has a big surplus with the United States, such as steel and furniture, or on state-owned firms. China could respond with actions such as finding alternative suppliers of agriculture products or machinery and manufactured goods…

US-based FedEx Corp. completed its €4.4 billion ($4.9 billion) acquisition of Dutch TNT Express, , with integration of the companies to start immediately. The companies say customers will interact with each company as they always have and once the integration is complete, FedEx says they will benefit from an expanded global offering. FedEx chairman and CEO Frederick Smith said the deal combines the world’s largest air express network and an “unparalleled” European road network.

Indian Ministry of Shipping to Promote Ease of Biz

Promoting ease of doing business has been at the core of the efforts of the Ministry during the year. Focus has beenonsimplifying procedures by removing irritants that make it cumbersome to carry on business smoothly. Obsolete Rules under the Merchant Shipping Act, 1958 weeded out: The Ministry of Shipping has decided to rescind 13 Rules under the Merchant Shipping Act, 1958 (as amended), having found them to be obsolete and unnecessary. Out of the 13 Rules, 6 has been rescinded and 7 have been pre-published before rescindments.

Seven of Chinese state departments are investigating four local shipping companies over allegations that they have levied arbitrary and excessive charges for port services following complaints from foreign trade firms, reports Reuters. The National Development and Reform Commission had so far found that some shipping companies “have too many items on document charges and unreasonable telex release charges,” the notice said. The companies are Ningbo Dagang Pilotage, a subsidiary of Ningbo Port Group… 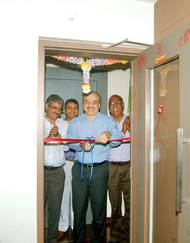 Container Freight Station Association of India (CFSAI) has set up a full-fledged Secretariat and moved to its new office at “Anchorage Building” in Dronagiri  Node on 26th August 2015. Mr. Sanjeev Behari, IRS,  Chief Commissioner of Customs, Nhava Sheva was the Chief Guest on this occasion who formally inaugurated the office. The distinguished Board members of CFSAI includes the President Shri. Adarsh Hegde and Vice President Shri. V Padmanabhan and Capt. Nishit Joshi welcomed Mr. Sanjeev Behari and Mr. Rakesh Goel, IRS, Addl Commisoner (Exports) and all members of CFSAI. At the function,  Mr. 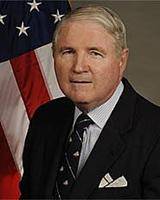 Maersk Line and Mediterranean Shipping Co (MSC), the world's two largest container shippers, won approval from U.S. maritime regulators for a planned vessel sharing pact, bringing it a step closer after a bid for a larger alliance failed. The so-called 2M alliance would see the two carriers pool 185 ships on European, transatlantic and transpacific services, which Maersk Line says would save it $350 million a year. The proposal follows the rejection in June of a larger planned venture involving Maersk, MSC and France's CMA CGM by China's Ministry of Commerce on competition grounds.

China failed to overturn a U.S. law targeting unfair trade subsidies on Monday, when the World Trade Organization's Appellate Body said it did not have enough information to uphold China's appeal against an earlier WTO ruling. China had claimed that the U.S. "Public Law 112-99", also known as the GTX legislation, which was signed by President Barack Obama in March 2012, broke world trade rules, but a WTO dispute panel ruled against it in March. The Appellate Body disagreed with…

China's increasing regulatory influence over international mergers and acquisitions has helped to create the hottest new commodity in its legal industry: anti-trust lawyers. Six years ago, China did not even have a legal system for regulating the impact of M&A on competition. Today, its Ministry of Commerce is the biggest wildcard for dealmakers trying to get a major cross-border deal past anti-trust regulators. The ministry's decision last month to reject Danish shipping group A.P.

Precisely Why China Pulled the Plug on P3 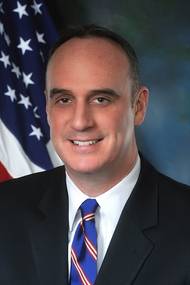 U.S. Federal Maritime Commissioner William P. The People’s Republic of China has rejected the P3 Vessel Network Sharing Alliance based on the competition concerns in the Asia-Europe shipping market. The U.S. Federal Maritime Commission had the responsibility to review the P3 Parties’ submission for their vessel network sharing alliance on the Trans-Pacific and Trans-Atlantic trade routes. The Commission did not have jurisdiction over the Asia-Europe service route; therefore, the FMC did not issue a decision with respect to that route.

A.P. Moller-Maersk said on Tuesday it had abandoned a planned ship pooling network after China's Ministry of Commerce surprisingly announced it had not approved it. Maersk shares were down 6.2 percent at 1100 GMT compared with a 0.7 percent fall in the Danish benchmark index . The idea, known as P3 and announced last June, called for the company along with Swiss firm Mediterranean Shipping Company (MSC) and France's CMA CGM to pool about 250 ships to cut costs. "This is very negative for Maersk.

Today, the Ministry of Commerce (MOFCOM) in China announced that they have not given their approval to the P3 Network. On March 24, 2014, the U.S. Federal Maritime Commission (FMC) decided to allow the P3 Network agreement to become effective in the U.S., and on June 3, 2014, the European Commission informed the P3 partners that it had decided not to open an antitrust investigation into P3 and had closed its file. MOFCOM’s decision follows a review under China's merger control rules and is different from the positions of the FMC and the European Commission.