Finnish cargo-handling machinery manufacturer Cargotec said it has reorganized the businesses under its Kalmar brand and has appointed Stefan Lampa as President of Kalmar Mobile Solutions, in a move aimed at enhancing Kalmar's growth opportunities.Kalmar, a provider of cargo handling solutions and services to ports, terminals, distribution centers and heavy industry, will be reorganized into three strategic business units: Kalmar Mobile Solutions, Kalmar Automation Solutions and Navis, effective April 1, 2019. 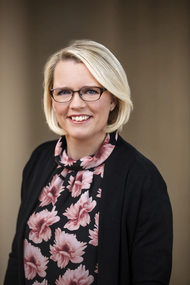 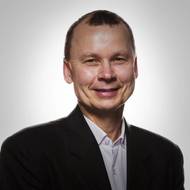 Antti Kaunonen, Doctor of Technology and MBA, has been appointed President of Kalmar, part of Cargotec, as of 1 July 2016. He will report to Mika Vehviläinen, CEO of Cargotec, and be a member of Cargotec's Executive Board. Kaunonen currently holds the position of Senior Vice President, Automation and Project Division in Kalmar. "Antti has a wide experience of global industrial business and automation. His background is a great fit with Kalmar's strategy to combine software and equipment seamlessly together and offer customers solutions that support their operational performance.

Michel van Roozendaal (M.Sc. Aerospace Engineering; MBA INSEAD, Fontainebleau; b. 1963) has been appointed President of the MacGregor business area. He will be a member of Cargotec's Executive Board and report to President and CEO Mika Vehviläinen. Michel van Roozendaal joins from Ingersoll-Rand where he has been heading the Thermo King Global Marine, Rail and Bus businesses. Prior to this he has held global general management roles with companies such as United Technologies, Danaher, JCI and Honeywell.

Leena Lie, M.Sc. (Econ.), (b. 1968) has been appointed Senior Vice President, Communications at Cargotec Corporation as of August 1, 2015. She will be a member of Cargotec's Extended Executive Board and report to President and CEO Mika Vehviläinen. Leena Lie joins Cargotec from Kemira, where she has been responsible for communications, marketing communications and corporate responsibility. Prior to this she has held various communications roles at KONE Corporation and Nokia. "In order to support Cargotec on its journey towards high performance… 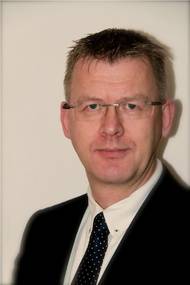 MacGregor reorganized into seven operative divisions in the beginning of 2015 to improve customer focus. Offshore Mooring and Loading Division drives the development of Systems and Equipment for Offshore Floating Units. MacGregor appoints Høye G. Høyesen (49) as Vice President, Offshore Mooring and Loading Division starting as 1st of April 2015. Mr. Høyesen joins MacGregor from APL Norway/NOV, where he has held the position of Vice President, Business Development. Before that he has worked in several key positions at APL Norway/NOV during the past 18 years. "Mr.

MacGregor is presently building its new Global Lifecycle Support organisation to develop and enhance customer service both in the merchant shipping and offshore markets. The installed base of MacGregor's product portfolio of strong MacGregor, Hatlapa, Porsgrunn, Pusnes and Triplex brands is extensive in both markets and MacGregor is strongly focusing on serving its customers well throughout the lifetime of the installations. MacGregor announces appointments of two new Vice Presidents to lead its front line operations and service competence centres globally. 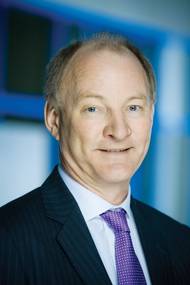 Vehviläinen to be Cargotec's New President and CEO