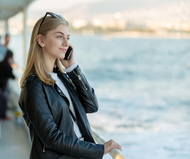 AecorLink has been granted a new patent on its company's communication platform. The patented technology will further enhance the capacity for shore-ship communication via microwave links. The salient advantage with the patent allows the networks to further improve the capability providing high-speed and stable data connections.AecorLink AB a Swedish internet service provider targeting the maritime industry. A leader in providing microwave shore to ship connectivity, the company is operating techniques stretching from Wi-Fi, LTE4G to different satellite solutions.

The Port of London Authority (PLA) has broken ground for the construction of a new radar tower in Northfleet, Kent, as part of the 18-strong radar network it operates, overseeing safe navigation on the UK’s busiest waterway. The PLA is investing £1 million in replacing the existing Northfleet radar, located on Tarmac’s riverside office building, with a new 50-meter tall tower that will house the latest, energy efficient system. Tarmac’s Northfleet site is ideally located, offering excellent line of sight along two busy reaches of the Thames… 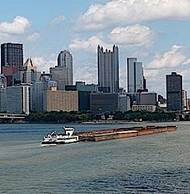 The International Marine Contractors Association (IMCA) has published “Guidance on RADius Relative Positioning System” (IMCA M 224) describing the RADius microwave radar system. The development of dynamic positioning (DP) systems has grown over the past 35 years, with reliable and robust methods of positioning essential for safe vessel operations at offshore installations. This growth has in turn stimulated the development of DP position measurement sensors which have become more sophisticated as technology has allowed. 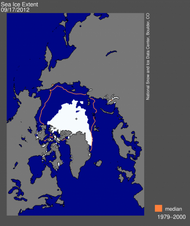 So far this year only the southern passage has opened despite record low levels of Arctic sea ice. According to the National Snow and Ice Data Center, the current extent is 760,000 square kilometers (293,000 square miles) below the previous record minimum extent in the satellite record (4.17 million square kilometers or 1.61 million square miles) which occurred on September 18, 2007. This difference is larger than the size of the state of Texas. The ice extent currently tracks nearly 50% below the 1979 to 2000 average minimum extent.

Delta Wave Communications, LLC, an Elite Stratos Channel Partner is pleased to announce that they have been selected as Stratos’ distribution and installation partner for the new StratosMax II Nomadic WiMax service. With up to 1Mbps service for marine vessels operating in the Gulf of Mexico and beyond, the service offers unprecedented broadband internet connectivity with land line voice access. StratosMAX leverages emerging WiMAX technology based on 802.16 standards to create a wide area network for long range offshore communications.

A planning boat that is light, fast and economical, yet has the usable deck area of a boat twice it’s size and the stability of a trimaran! Sounds too good to be true, well that was my initial reaction until I attended the Press launch in Italy of the “transformer” Wider 42. I call it transformer because that’s what it does. It can plane at speeds over 50 knots and when it stops, by pressing a button, in 12 secs it transforms the cockpit deck into an are twice its size. To ensure stability, two sponsons, one each side slide out from the hull to increase stability.

The recently launched Oil Spill Radar by Consilium Marine & Safety was tested together with the Norwegian Coastal Administration and the Norwegian Clean Seas Association For Operative Companies (NOFO). Within months since the successful tests last July, the Consilium Oil Spill Detection Radar is celebrating a breakthrough by responding to an increasing demand. The Oil Spill Detection Radar is being used on the Finnish Icebreaker Kontio, commissioned as stand-by Vessel for EMSA (European Maritime Safety Agency)…

Brunswick Commercial and Government Products (BCGP) introduced the 37-ft Justice ─ the largest Boston Whaler model ever built, according to the company. The 370 Justice features a center console design for unobstructed 360 degree access to all areas of the boat. Its deep-V hull is designed to yield a smooth ride, despite rough seas. Reverse chines serve to deflect spray for drier rides while also providing quicker recovery between waves and additional lateral stability. Like all BCGP Boston Whaler models…