A Finland-Singapore Maritime Innovation camp was held September 23 to 28 in Singapore, where corporate partners MacGregor and PSA Corporation asked student to find a way to reduce the stress level of stevedores while working on board.The students from Turku School of Economics at the University of Turku, National University of Singapore and Nanyang Technological University in Singapore worked on the challenge during an intensive one-week camp, with the team presentations and results announced during the closing gala.

MacGregor, part of Cargotec, said it will reorganize its offshore and merchant shipping operations as part of a plan aiming to achieve €13 million in annual cost savings. Under the plan, MacGregor’s Smart Ocean Technology division will be divided into two new divisions: Cargo Handling and Advanced Offshore Solutions. The statutory cooperation negotiations have now been finalized, resulting in restructuring of operations and reducing approximately 170 full-time equivalents globally. The measures affect MacGregor operations in Norway, Germany, China and Singapore.

MacGregor, part of Cargotec, has established a head office in Singapore, bringing to an end a period of more than three years where the company operated with a virtual head office. MacGregor president Michel van Roozendaal and vice president of finance Jani Oksanen will relocate to Singapore as of October 1, 2017. With a global customer base and large geographic span of operations, MacGregor said it will maintain its strong presence in Europe, where a majority of the company's competence centers are located. 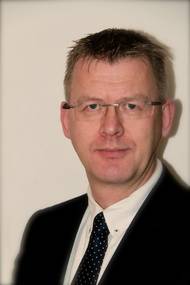 MacGregor, part of Cargotec, creates a new division 'Advanced Offshore Solutions' by merging its two Norway-based divisions and combining the strengths in offshore mooring, loading and load handling businesses. With the new joint division MacGregor aims to gain synergies and improve the operations as well as customer service. Høye G. Høyesen has been appointed to lead the new Advanced Offshore Solutions division, which will become operative on 1 January 2016. MacGregor continues to develop its offshore operations based on its strengths in engineering and strong commitment to customer service.

MacGregor develops operations in China and strengthens its organisation by appointing Zhengyu Li (Frank) as Vice President, Head of China as of 1 October 2015. Mr Li drives the development of MacGregor business in the most important market in the marine industry. He will be a member of the MacGregor Group Executive Team and based in Shanghai. Mr Li has over 25 years of international business experience, during which he has held various leadership positions in successful global companies like General Electric and Caterpillar in the Asia Pacific region.

Michel van Roozendaal (M.Sc. Aerospace Engineering; MBA INSEAD, Fontainebleau; b. 1963) has been appointed President of the MacGregor business area. He will be a member of Cargotec's Executive Board and report to President and CEO Mika Vehviläinen. Michel van Roozendaal joins from Ingersoll-Rand where he has been heading the Thermo King Global Marine, Rail and Bus businesses. Prior to this he has held global general management roles with companies such as United Technologies, Danaher, JCI and Honeywell.