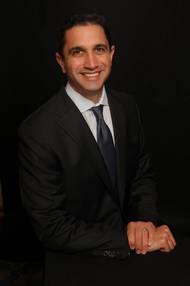 Leibowitz Takes Over as Seabourn President

Carnival's luxury cruise brand Seabourn announced Thursday that Josh Leibowitz has been named president, effective immediately. He will report to Stein Kruse, group CEO of Holland America Group and Carnival UK.Leibowitz joined Carnival Corporation in 2013 as chief strategy officer and was also named senior vice president of Cunard North America in 2016. He previously served as managing partner of the Miami office of the consulting firm McKinsey & Co.He succeeds Rick Meadows, who retired at the end of May after 35 years with Carnival Corporation…

Andreas Enger will replace Thor Jørgen Guttormsen as CEO of Höegh Autoliners effective September 8, 2020.Enger has served as an advisor to Höegh Autoliners for more than a year and became CFO in September 2019.Prior to joining Höegh Autoliners, he was a partner at Deloitte, leading its Nordic strategy practice. Earlier in his career Enger was a partner at McKinsey & Co and subsequently held senior executive positions at Norske Skog, PGS and Peterson Packaging. He holds a MSc in Engineering Cybernetics from NTNU in Norway, and an MBA from INSEAD in France.

Hapag-Lloyd has announced that Maximilian Rothkopf  is to be its new chief operating officer (COO). He will take over as new COO of Hapag-Lloyd when Anthony J. Firmin retires in late June.Maximilian Rothkopf, who holds a master's degree as well as a doctorate in business administration, has been a Partner since 2014 at McKinsey & Company, where he has been a member of the global Travel, Transport and Logistics (TTL) leadership team. He started his career in 2005 at the management consulting firm…

Delegates from the world’s leading ports have come together to examine their role in the rapidly evolving maritime logistics landscape and in particular to coordinate their contribution to the establishment of an interconnected maritime supply chain at the Port of Barcelona.The multilateral partnership of the world leading ports, ChainPORT, has just concluded its 4th Annual Meeting which was hosted last week by the Port of Barcelona.ChainPORT was initiated in 2016 by the Port…

Global hyperloop pioneer Virgin Hyperloop One elects Sultan Ahmed bin Sulayem as Chairman and Jay Walder as CEO as company leverages new round of funding to begin implementation of hyperloop from Pune to Mumbai.Sultan Ahmed bin Sulayem is the Group Chairman and CEO of DP World. Jay Walder, who is one of the world’s leading mass transportation and technology executives, has been appointed as its new CEO. Walder will also join the company’s Board of Directors.The selection of a… 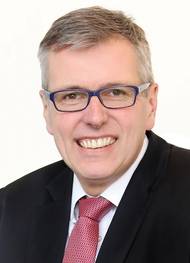 ZF Friedrichshafen AG's Supervisory Board has appointed Sabine Jaskula and Dr. Holger Klein to the company's Board of Management.Jaskula, an experienced HR manager and lawyer, will be responsible for Corporate HR and Legal functions from latest January 1, 2019. In this function, she will also be in charge of compliance. Dr. Klein has been appointed to ZF's Board of Management with effect from October 1, 2018. His responsibilities will include Car Chassis Technology and Aftermarket (service and parts business).

The container shipping industry is expected to continue to struggle with overcapacity and an inability to deliver value to shareholders, warns consultancy McKinsey & Company in its latest report. As container lines search for successful paths forward, they need to first determine what their strategy and potential role in the continuing industry consolidation will be. While mergers will continue, they do not need to be feared, just managed—and the guidelines in this report provide a starting point.

Technology will prove the game changer for the shipping industry. The shipping industry faces many challenges. The growth in fleet volumes at a time of global economic slowdown has resulted in excess supply and falling demand, which has had a major impact on profitability. It’s not only the global economic slowdown, particularly in China, that is affecting shipping. Hardly any other sector requires such complex process management as shipping, which compounds the challenges. A… 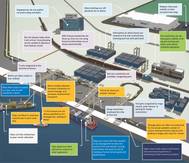 China’s One Belt, One Road: Will it Reshape Global Trade?

The future of trade in Asia could depend heavily on what becomes of China’s expansive One Belt, One Road initiative, which calls for massive investment in and development of trade routes in the region. In this episode of the McKinsey Podcast, recorded in May, McKinsey senior partners Joe Ngai and Kevin Sneader talk with Cecilia Ma Zecha about One Belt, One Road—what it really means, what it needs to become a reality, and why people should take it seriously. Cecilia Ma Zecha, an editor with McKinsey Publishing, based in Singapore: What exactly is One Belt, One Road?

International marine and engineering consultancy LOC Group has appointed Jerome Rutler to the newly created post of Group Chief Operating Officer, responsible for LOC’s global operations including marine assurance and risk, energy and shipping sectors. Rutler has worked for more than 20 years in the oil and gas, petrochemicals and marine industries for a variety of companies, EPCI (engineering, procurement, construction and installation), consultancy and technical advisory. He also has experience as a company director, with particular expertise in management, operations and strategy.

Allcargo Logistics announced the expansion of its senior leadership team through the addition of two industry veterans, Mr. Prakash Tulsiani and Mr. Martin Muller. Mr. Prakash Tulsiani (53) joins Allcargo Logistics as the Chief Operating Officer and Executive Director (Operations). He will be responsible for Allcargo’s growth across its business verticals in India. Mr. Tulsiani is not a member of the Board of Directors of Allcargo. With degrees in Law and Commerce, Mr. Tulsiani is a Chartered Accountant and a Company Secretary.

The Other Side of the Flange

Looking beyond the dollars and cents in the demise of bunker giant OW Bunker, MarPro contributor Barry Parker examines the unusual human resources aspect of the story. The old cliché in shipping and commodity businesses says that, “When the tide recedes, you can see which vessels have hulls that are battered up, or worse, actually breached.” OW Bunkering, which took on water and foundered in November 2014 – a mere seven months after a highly successful IPO in Copenhagen that valued the company at nearly $1 billion – offers a case study in bad risk management…

Veritas Petroleum Services (VPS) announced that its Supervisory Board has appointed Gerard Rohaan as Chief Executive Officer, effective May 1, 2015. Rohaan succeeds Eirik Andreassen, who has stepped down as Chief Executive Officer. The new Board of Management will consist of Rohaan and Stan Peeters respectively as CEO and CFO. Andreassen will support this transition in an advisory role, and will remain with the company until the end of 2015. Prior to joining VPS Rohaan was SVP of the Continental Europe Division with the technical service provider Stork.

In the power sector DNV GL supports the industry in delivering a secure, sustainable, available and affordable energy supply. In his new role Hans Tormod Hansen will be responsible for offering energy advisory services to the Scandinavian market, assisting power transmission and distribution companies with strategic advice, planning, implementation and energy delivery optimization – from policy to use. “Having started my career at DNV, I’m fascinated by how the company has evolved over the years,” said Hans Tormod.

Early adopters use performance monitoring and condition-based maintenance tools to cut costs, head off breakdowns, find efficiencies and ensure compliance. The only thing harder than finding a needle in a haystack, is finding the sharpest points in a haystack full of needles, which is essentially the situation today on most vessels. Awash with hundreds or thousands of data sensors and data points, it’s the rare ship master or management team that can be certain they are culling…