German international shipping and container transportation company Hapag-Lloyd AG has opened a new Quality Service Center (QSC) in Mauritius. The QSC will explicitly serve Africa, one of Hapag-Lloyd's fastest growing markets.Quality Service Centers are an important cornerstone of Hapag-Lloyd´s Strategy 2023. They gather selected functions from different Areas under one roof, enabling synergies and delivering on the Quality Promises towards the customers.Hapag-Lloyd has already established several QSCs around the world - in Atlanta (USA)…

The Government of Mauritius has organized an event at Port Louis to mark the successful completion of hydrographic survey by Indian Navy ship INS Darshak over the past one month.The aim of the survey was to publish navigational charts and electronic navigational charts of the region as part of the ongoing cooperation between the two nations.The function was attended by senior functionaries of the Government of Mauritius.Commanding Officer, INS Darshak Capt J Gurumani and Tanmay Lal…

Indian Navy Ship to Carry Out Hydrographic Survey in Mauritius

Indian Navy Ship, INS Sarvekshak, has arrived in Port Louis on a two month deployment for undertaking hydrographic surveys.It was welcomed by Hon. Purmanund Jhugroo, Minister of Housing and Lands of the Republic of Mauritius and Shri Abhay Thakur, High Commissioner of India, informed the High Commission of India, Port Louis, Mauritius.The ship will be undertaking the survey of the Le Morne area off mainland Mauritius as well as the area off the Southern coast of Rodrigues island…

The blue economy can be the engine of economic growth, the basis of socio-economic development and industrialization for many African countries, if well utilized.The maritime industry, for example, is estimated at over $1 trillion, and there are other related and emerging sectors of tourism, offshore renewable energy, aquaculture, seabed extractive industries, marine biotechnology and bio prospecting.Said Adejumobi, Southern Africa Director, UN Economic Commission for Africa (ECA) said that  the Economic Commission for Africa is fully committed to supporting the African Union…

Mauritius has become the 15th signatory to the Jeddah Amendment to the Djibouti Code of Conduct – the instrument developed and adopted by countries in the Western Indian Ocean and Gulf of Aden that has been a key factor in repressing piracy and armed robbery against ships operating in that region.The Amendment significantly broadened the scope of the Djibouti Code when it was adopted at a high-level meeting in Jeddah, Saudi Arabia in January 2017.It covers measures for suppressing a range of illicit activities…

IMO on Women in Port Management

In an initiative to bolster bilateral relations with friendly foreign countries and navies in the Indian ocean region, INS Sarvekshak, a hydrographic survey ship of Southern Naval Command, arrived at Dar-es-Salaam Tanzania on 15 November 2017 for undertaking joint  Hydrographic Survey along with the Tanzanian Navy. The joint survey will be conducted with the Naval personnel of Tanzania who have been trained in India in National Institute of Hydrography, Goa. During the survey, training of Tanzanian Naval personnel will also be undertaken on advanced hydrographic equipment and practices.

Promoting women's access to quality employment and senior management level within the maritime sector is a key priority for International Maritime Organization (IMO)'s gender and capacity-building program and was at the core of the 8th regional conference to support the Association of Women Managers in the Maritime Sector in East and Southern Africa (WOMESA), held in Mahé, Seychelles (September 26 to 29). Under the theme "A Decade of empowering Maritime Women - What does the future hold for Africa's Blue Economy?"…

The Indian Navy's sailing vessel INSV Tarini, with an all-woman crew,  visited Port Louis harbour in Mauritius as part efforts by the two countries to ramp up maritime security cooperation. Tarini, which inducted in the Indian Navy in Feb 2017, is the sister Vessel of Indian Navy's first sailing Vessel INSV Mhadei, that has numerous accomplishments to her name. INSV Tarini is 55 feet in length and built in India in line with the ‘Make in India’ initiative of the Indian Navy, fructified by M/s Aquarius Shipyard, Goa.

The Bomin Group, a global physical supplier and trader of marine fuels, has announced that it has strengthened its physical operations in the ARA region (Amsterdam-Rotterdam-Antwerp) by time-chartering two new bunker barges. The move supports Bomin’s business strategy of investing in key regions, and developing its global infrastructure and resources to drive long-term growth and sustainability. Both bunker barges are modern, state-of-the-art 3,600 DWT and 3,100 DWT vessels, with fast pumping rates to maximise speed throughout the delivery process.

The bunker market in Africa is evolving, with real opportunities for those willing to invest time and resource to overcome the obstacles. Illicit activities and poor practices are becoming less common, regulation is increasing and quality of service is improving. However, the increased regulation has in some places reduced competitiveness and as a result, is restricting market growth. This was the conclusion of the speakers and delegates at the International Bunker Industry Association (IBIA) Africa Regional Forum held in Cape Town, South Africa last week.

An International Maritime Organization (IMO)-led workshop in Maputo, Mozambique is supporting countries in south-eastern Africa in implementing the STCW (Standards of Training, Certification and Watchkeeping ) Convention, which establishes international standards for training, certification and watchkeeping for seafarers. The workshop (25-29 July) is familiarizing maritime administrations and maritime training institutes with all recent amendments to the STCW Convention and Code…

Physical supplier and trader of marine fuel oil the Bomin Group is launching a physical operation in Port Louis, Mauritius, effective from July 12, 2016. Bomin (Mauritius) Ltd. will utilize the 2008-build, double-hulled bunker barge MT Hakkasan to provide customers with products, including IFO 180cst, as well as MGO. All deliveries will be provided under a Bomin specific Bunker Delivery Note (BDN). “Port Louis is the only official port of entry and exit for sea vessels in Mauritius…

A search vessel contracted by the Egyptian government has recovered all mapped human remains under water at the crash site of EgyptAir flight MS804 in the Mediterranean, Egypt's aircraft accident investigation committee said on Sunday. The John Lethbridge, belonging to Mauritius-based Deep Ocean Search, headed to Alexandria port to hand over the remains to coroners and prosecution officials, the committee said in a statement. It will return to the crash site to make further checks for any possible remains there, the statement said. 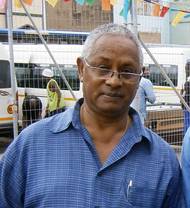 A seafarers’ charity in Mauritius has been providing pastoral support to the crew of a bulk carrier which ran aground off the country’s southern coast. Apostleship of the Sea (AoS) Port Louis chaplain Fr. Jacques-Henri David has been visiting the crew of MV Benita who are anxious and distressed following the incident. “The ship drifted towards the southern coast of Mauritius during the night of June 16 and hit Le Bouchon reef in the early morning of June 17,” said Fr. Jacques-Henri. The ship was on its way from India to Durban, South Africa, and got into trouble after an incident on board.

Sri Lanka's Minister of State for Defence Ruwan Wijewardene  visited the Goa Shipyard Limited (GSL) at the Vasco town, located around 40 kms from Panaji in India and inspected Sri Lankan ships under construction, the Press Trust of India reported. He inspected the progress of the two Advanced Offshore Patrol Vessels (AOPV) being built for Sri Lanka Navy at Goa Shipyards. Wijewardene held discussion with GSL Chairman and Managing Rear Admiral Shekhar Mital  along with the shipyard officials on the progress of the ship building process. 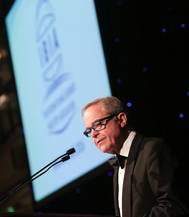