Kalmar in Service Contract with OPCSA

Kalmar, the provider of the cargo handling solutions and services to ports, has concluded an agreement to supply comprehensive preventive and corrective maintenance services to Operaciones Portuarias Canarias S.A. (OPCSA) at their Las Palmas container terminal.The Cargotec subsidiary said in a press note that the order, which comprises a Kalmar Complete Care service contract covering the terminal's ship-to-shore (STS) and rubber-tyred gantry (RTG) cranes, was booked in Cargotec's 2019 Q3 order intake with the contract coming into effect at the start of Q1 2020.Established in 1986…

Danos’ 367.5-acre integrated services complex located in Amelia, La., is now an officially recognized Foreign Trade Zone (FTZ) by U.S. Customs and Border Protection (CBP). It will be the ninth FTZ located in the state of Louisiana and one of 179 active FTZs in the country. FTZs are secure areas within the United States that are considered to be outside of U.S. Customs territory for tariff purposes. Located in or near CBP ports of entry, they are the United States' version of what are known internationally as free-trade zones.

AVEVA Group plc announces that it has agreed to acquire FabTrol Systems, Inc. from the Dowco Group of Companies the acquisition is expected to complete by Friday 26 June 2015. FabTrol is a software business, headquartered in Eugene, Oregon with operations in North America and the United Kingdom, providing fabrication management software to the steel fabrication industry. The consideration of $6.5 million has been funded through AVEVA's existing cash resources. The acquisition is expected to be earnings enhancing in FY16. 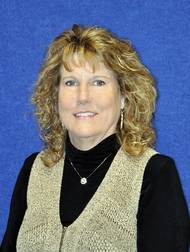 AMSEC LLC, a subsidiary of Huntington Ingalls Industries (HII), has promoted Cathy Cope to director of contracts, pricing, procurement and material management. In her new role, Cope is responsible for the management of AMSEC's contracts and procurement across all business areas. As such, she is responsible for contracts, pricing and estimating, purchasing, subcontracts administration, material management, and small business management/reporting. Cope assumed her new role, which was previously held by Karen Lisota…

Konecranes’ Agilon material management solution has won the Quality Innovation award in the Large companies series in The Quality Innovation Award of the Year competition, arranged by Laatukeskus Excellence Finland. Agilon brings industrial internet to material logistics and enables a new flexible way to manage material and information flow. Introduced in 2013, Agilon is an innovative materials inventory and management system that rapidly and automatically stores, picks, and replenishes items weighing up to 25 kg, using a robot to handle component transfers.

Fluor Offshore Solutions gains engineering, procurement and construction (EPC) support contract for Malampaya deep-water gas-to-power project. The project is being undertaken on behalf of the Philippine Government by the Service Contract 38 consortium composed of Shell Philippines Exploration B.V. (Operator), Chevron Malampaya LLC and Philippine National Oil Company—Exploration Corporation. This landmark project is among the most significant in the Philippines. Approximately 40 percent of the power for the main island of Luzon is generated by power plants using Malampaya gas. 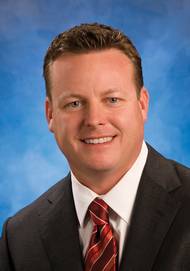 The Executive Control Board of the National Shipbuilding Research Program (NSRP) has awarded funding for eight new research projects as part of the Navy/Industry co-funded portfolio focusing on cost reduction in the U.S. shipbuilding and ship repair industry. These new projects, valued at approximately $16m including industry cost share, were among those proposed in response to an October 2009 Research Announcement. Fueled by Navy funding that is matched by cost share provided by industry teams…

J. Ray McDermott, S.A. (J. Ray) announced that its subsidiary P.T. McDermott Indonesia (PTMI) has been awarded a contract by the Kellogg Joint Venture-Gorgon on behalf of Chevron Australia Pty. Ltd, operator of the Gorgon Project. The estimated value of the contract if the work is completed per contract terms is in excess of $150m. More than 60 pre-assembled racks and units with an estimated combined weight of approximately 25,000 tonnes will be constructed at J. Ray’s Batam Island fabrication facility in Indonesia.

As part of the National Shipbuilding Research Program’s (NSRP) core mission to reduce the costs associated with Navy shipbuilding and repair, the NSRP Executive Control Board has selected 14 new research and development projects for award, totaling approximately $1.2M. These projects will be executed under the purview of the 10 NSRP communities of practice known as the Ship Production Panels. Focus and interest among panel members regularly reveal relevant project opportunities which may not be well suited for larger-scale funding via the primary NSRP solicitation process.