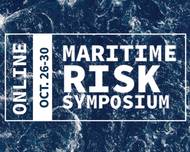 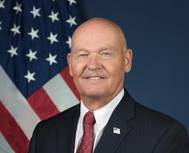 GAC Sweden has managed the safe arrival of a 143 meter long golden bridge (“Guldbron”) that will connect Stockholm’s Gamla Stan island with Södermalm on the mainland has safely completed its voyage from China. The bridge is a major feature in the City of Stockholm’s redevelopment of Slussen, the capital's second largest transportation hub.In early December last year, COSCO SHIPPING Lines (Sweden) AB appointed GAC Sweden to act as their local sub-agent to manage the delivery of the 3…

As the world grapples with best practices to contain the spread of the current coronavirus, Dr. Bashir Jamoh, the Director General of the Nigerian Maritime Administration and Safety Agency NIMASA, said the agency has developed guidance to support ships that operate in the Nigerian maritime domain, including banning all vessels without thermal screening facilities from operating in Nigerian waters.“These are trying times and we must pull through together that is why we have directed… 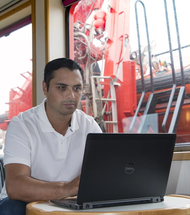 VIKING Safety Academy has addressed a fast-emerging seafarer training issue brought by coronavirus by delivering a unique e-learning tool that can keep seafarers STCW-compliant until restrictions on movement and social interactions come to an end.With many countries in lockdown, face to face seafarer training is also being suspended and some flag administrations have responded by granting automatic three-month extensions to the STCW Certificates seafarers must update every five years. 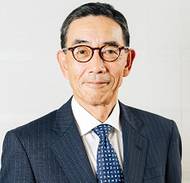 Sakashita Takes the Helm at ClassNK

Hiroaki Sakashita has been appointed as President & CEO as well as a Representative Director of classification society ClassNK, effective March 18, 2020. Current Senior Executive Vice Presidents Tetsuya Kinoshita, Junichiro Iida, and Dr. Toshiyuki Shigemi will continue in their present roles on the team, joined by Hirofumi Takano and Taira Narisawa as Executive Vice President.Koichi Fujiwara has been appointed as Chairman of the Board of Directors, leaving the post of Representative Director, President & CEO.

A regional workshop organized by International Maritime Organization (IMO) has provided senior maritime administration officials in Latin America with the latest information on current and future developments at the Organization.The workshop for the regional maritime authorities networks, ROCRAM and ROCRAM-CA was held at IMO Headquarters in London (26 November) in the margin of the 31st IMO Assembly.The 28 participants received detailed information about the activities within… 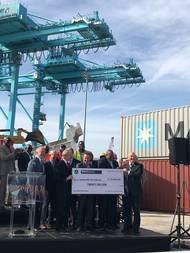 $18m for Port of Beaumont Expansion

Pirates have kidnapped nine crew members from a Norwegian shipping vessel named the MV Bonita off the coast of Benin in West Africa.MV Bonita was anchored and awaiting berth at the Cotonou port to discharge a shipment of gypsum when the pirates boarded, the shipping firm  J.J. Ugland said in a statement Sunday.The Norwegian Shipowners’ Association said that it is in close contact with Ugland Shipping with a common and clear goal to bring the 9 sailors back to safety. The vessel and remaining crew are safely anchored in Cotonou and investigations are carried out.

The U.S. Maritime Administration (MARAD) launched newly-accredited, web-based training courses on cargo preference laws and regulations. The courses were developed in collaboration with Defense Acquisition University (DAU). They are intended to enhance comprehension of and compliance with cargo preference laws by other federal agencies, supporting contractors, and program participants, such as loan and grant recipients.Cargo preference laws and regulations protect the Nation’s cargo interest by statutorily mandating the use of U.S.-flag vessels for cargo purchased…

The Directorate General of Shipping of India celebrate its 70th Foundation Day today, the 3rd September, 2019. Minister of State for Shipping Mansukh Mandaviya will launch the celebrations at an event in Mumbai.The Directorate General of Shipping, India deals with implementation of shipping policy and legislation so as to ensure the safety of life and ships at sea, prevention of marine pollution, promotion of maritime education and training in co-ordination with the International…