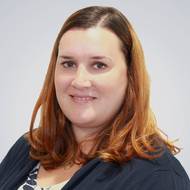 The West of England, a leading mutual marine insurer, has appointed a new Senior Claims Manager to work in its Americas team.Emily McCulloch joined the London office on the 7th August but will transfer to the New York City office before the end of the year where she will provide a localized claims service to the Club’s Members in the USA, Canada and South America.A qualified lawyer, Emily has significant experience of both P&I and Defense claims, having worked as a Syndicate Manager at another International Group Club prior to joining the West.

The West of England, a leading A-rated mutual marine insurer, has announced the appointment of a key strategic hire to support its strategy of expansion in the offshore market.Will Tobin will join the Club in July to head up its offshore business. Will has substantial experience in the offshore sector and until recently held a similar position at another International Group Club. He will augment the West of England’s existing offshore team, helping to expand the Club’s client…

Global marine insurer provider North P&I Club has further strengthened its underwriting team with the appointment of a new U.K. based underwriter combined with some operational changes to a number of senior underwriting roles.Tom McLoughlin joined the team as an Underwriter last week, bringing with him a range of marine experience from his former roles with insurance brokers Marsh in London, and a significant tanker management company in Athens. Initially McLoughlin will work across all of the regional teams as he settles into his new role with the Club.Earlier in the year…

New trading sanctions against Iran and  new fuel rules coming in 2020 for the entire maritime sector were the headlines of a seminar hosted by marine insurer North P&I Club yesterday in Dubai at the Taj Dubai.On the topic of sanctions against Iran, Mark Church, Director (FD&D), said that “practical issues will continue to impact on the ability to trade with Iran even where the trade is permissible. We encourage members to enforce their own due diligence and assess high-risk areas to avoid non-compliance.”Thus new fuel rules for maritime coming in 2020…

Global marine insurer North P&I Club said that Gagan Dhillon will take over Michael Asherson’s responsibilities for the Greek Membership and lead the claims team based in Newcastle.Gagan, a Master Mariner, first sailed in command of a tanker in 2007 before joining North in 2010 and gaining a First Class (Honours) degree in law.Michael Asherson will take up a position as partner with leading South African law firm Shepstone and Wylie in Durban and will leave the Club at the end of August.After 18 years with the Club…

North P&I Club and 24Vision announced today that they have entered into a partnership agreement, with effect from 1 July 2018, to provide P&I insurance to charterers and small ship operators. As part of 24Vision’s wider service proposition to their marine industry clients, the partnership agreement provides for North P&I Club to be the insurance carrier for 24Vision’s marine liability products. “An alliance with North P&I Club puts us in an excellent position to provide our clients with top-rated security,” says Rocco Bozzelli, Managing Director of 24Vision Insurance Solutions.

North P&I Club has appointed a new Global Director of People as part of a company-wide focus on driving forward leadership and development. Dawn Robinson has joined the global marine insurer following three years in a world-wide role at Nomad Digital and previous appointments with Sage PLC as well as Finland based Outotec. Dawn brings with her a wealth of experience in change management, leadership and development, operations and employee relations. Working with the senior operations team…

Norwegian marine insurer Skuld delivered a result of USD 20 million in the first nine months of the year, a USD 5 million increase from the same period last year. Overcapacity is still putting pressure on premium levels, says CEO. Skuld president and CEO Ståle Hansen said: "After nine months the bottom-line ended at USD 20 million, which includes provision for a mutual members' credit of USD 5 million. This is a USD 11 million improvement since the six months figures and a USD 15 million improvement compared with the same period last year.

The Saudi Arabian-led coalition of anti-Houthi forces attacking Yemen has tightened the blockade on Yemen's ports affecting shipping activity including the delivery and loading of oil and gas shipments. Ships are unlikely to be able to access ports in areas that the coalition deems to be under Houthi rebel control. Navigation in Yemen’s territorial waters has been banned and ships are not allowed into Yemen unless inspected and approval by the Saudi-led coalition forces. The Grace Acacia…

Diversified marine insurer Skuld says it seeks a highly competent Senior Claims Executive who will join its dedicated team of claims handlers in Hamburg. Strong English communication skills, both written and spoken. German is an advantage but not a requirement as long as you will agree to learn German to a reasonable conversational level within your first year with us. An international and challenging position with excellent opportunities for professional and personal development, competitive salary and good social benefits. Some business travel will be required.

Diversified marine insurer Skuld informs that fraudsters have sought to obtain payment for alleged services provided for alleged pollution matters and clean-up work. Furthermore, it is understood that the Port of Fujairah has warned (Port of Fujairah website and its Notice No. 182) against possible fake invoicing for waste disposal. In any such situation, the attempt is often combined with threats against the member / named vessel. Such threats may involve supposed legal action, threats of arrest or "black-listing".

Safety alert: Gard Loss Prevention Circular No. 02-12 – Fire Prevention in Engine Rooms. Applicability: All shipowners and operators The marine insurer Gard AS has recently issued Loss Prevention Circular No. 02-12, which contains important fire safety information relevant to all ships. A copy is available from Gard’s website at: http://www.gard.no/ikbViewer/Content/20651289/Gard%20LPC%20Fire%20prevention%20in%20engine%20rooms.pdf?utm_source=Class+News&utm_campaign=ddb94565bd-Subscription_to_Classification_News7_19_2011&utm_medium=email

The Changing Face of Piracy

The release of the Captain Phillips movie starring Tom Hanks in October 2013 and the hijacking of two Americans off the coast of Nigeria have brought more public attention to the oldest of all maritime risks: piracy. While piracy has been a concern in the maritime industry for centuries, a new hotspot has emerged off the coast of West Africa in the Gulf of Guinea. Specifically the industry is concerned about attacks occurring in the territorial waters of Benin, Nigeria, Togo and the Ivory Coast.

But long-term downward trend continues. •    Industry initiatives address passenger vessels as well as the ‘human factor’ on board. Twelve months on from the Costa Concordia incident, a new Allianz report identifies that 106 ship losses were reported worldwide in the 12 months to November 25 2012 - up from 91 ships the previous year but a 27 percent decrease on the ten year average of 146 ships per annum. Despite this long term downward trend, driven by technology, training and regulation and a proactive response from the shipping industry to safety improvement…