The SMS Group, a Southampton, UK-based ship repairers and marine engineering services provider, has partnered with the Shoreham Port Authority to provide dedicated alongside ship repair wharfage, and to increase awareness of its Adur dry dock facility.SMS works in the commercial marine, defense and superyacht sectors. The business also operates, in-house, a diving and sub-surface marine engineering division.This partnership expands on the existing relationship with Shoreham Port…

Britain’s largest independent ship repairer and marine engineering services provider Burgess Marine announced that in partnership with Portsmouth City Council it has opened a new ship repair facility within Portsmouth Commercial Port, U.K. Burgess Marine Ltd. and MMD Shipping Services Ltd, part of Portsmouth City Council, launched this new strategic partnership in style with an emergency three-day alongside docking for Wightlink Ferries. Burgess Marine and MMD have been building a relationship over the last few months for the use of Flat House Quay in Portsmouth’s Commercial Port.

Shipbuilder ASL Marine  has secured a total S$156 million worth of contracts from its shipbuilding, shiprepair & conversion, shipchartering and dredging engineering divisions. The contracts secured are mainly from repeat customers in the region as well as in the Middle East, the US and Europe, it said, adding that there are potential additional orders from a certain customer upon successful delivery of current projects. The shipbuilding and shiprepair & conversion contracts are…

Being in a position to accurately anticipate change in the shipping markets is becoming ever more crucial for maritime service providers, as owning principals demand more solutions to the problems created by over-ordering, according to Braemar Group Asia President Denis Petropoulos. Speaking at a press conference during Singapore Maritime Week, Mr Petropoulos said this need for in-depth industry knowledge and experience in understanding how to deal with market downturns means…

Crowley Maritime Corp. has opened a new government services office in downtown Norfolk, Va. to help the company better serve government agencies such as the Military Sealift Command (MSC) and the U.S. Maritime Administration (MARAD). The new location will also help Crowley improve its service for the Norfolk Naval Base and several of Crowley managed ships located there, including three ROCON ships, five BOBO class ships and seven T-AGOS/T-AGM ships. The facility will staff government and technical management employees.

Minister of Petroleum, Bijan Zangeneh said that Iran and Belgium are in talks for possible floating production of liquefied natural gas (LNG) FLNG Unit off the Kharg Island in the Persian Gulf. The issue was brought up during Zangeneh’s talks with Belgian Secretary of State for Foreign Trade, Pieter De Crem in Tehran on Monday as the two sides look to new areas of cooperation ahead of the lifting of sanctions on Iran. "If the two sides show flexibility and technical and economic negotiations bear results…

Crowley Maritime Corp. has formalized two new groups, Government Services and Global Ship Management, in a move that aims to better streamline its offerings to the growing government services sector and to continue expanding its global ship management business. The two new, standalone business segments, which were previously imbedded in other company business units, will allow Crowley and its personnel to better serve customers in these contracting segments. Leading the new business units are industry veterans Mike Golonka… 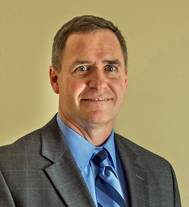 Jensen Maritime awarded for vision and innovation in design of the 'Northern Leader'  longline fishing vessel. Jensen Maritime , Crowley Maritime Corp’s Seattle-based naval architecture and marine engineering firm, has been honored with the New Wave Award, which recognizes the company’s vision and innovation for the concept and design of the Northern Leader, a 184-foot long, environmentally-friendly longline fishing vessel owned by Alaskan Leader Fisheries LLC. The Northern Leader is currently under construction at J.M.

Jensen-Designed Commercial Longliner Fishing Vessel, Northern Leader, Achieves Construction Milestone; Environmentally Friendly Vessel is Ahead of Schedule Due to Jensen’s Advanced Production Engineering Services. One of the world’s largest commercial longliner fishing vessels, designed by Seattle-based Jensen Maritime Consultants, has reached the important milestone of having the main deck completed ahead of schedule, only 10 weeks into the construction phase. This accomplishment…

RINA updates GREEN PLUS notation to cover transhipment terminals. International classification society RINA has updated its industry-leading GREEN PLUS notation to include new potential sources of pollution involving seagoing ships and ships operating at fixed locations. GREEN PLUS is awarded to new vessels that make a significant investment in design solutions, onboard equipment and operational procedures which contribute to an improvement in environmental performance beyond the minimum levels required by regulation. 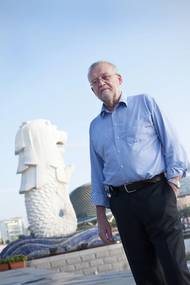 Sigma Offshore appoints internal turret moorings expert to bolster growth plans. International FPSO moorings and marine engineering services business, Sigma Offshore, has added new impetus to its growth plans by appointing an experienced industry figure to head up one of its key service areas. Geir Eik has become Vice-President Internal Turret Systems at Aberdeen-headquartered Sigma Offshore as the business looks to sustain and enhance its capabilities across its product and service range. 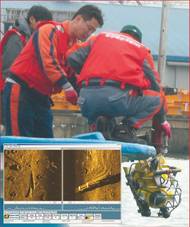 Over the past year a number of Asian companies and government agencies have acquired underwater search equipment to aid in the location of lost objects and assist in performing survey operations. In China, Guangzhou Advanced Maritime Academy has added a remote operated underwater vehicle (ROV) to their program. Reforms and opening to the outside world have paved the way for development of the country’s shipping industry. The throughput of cargo and containers at China’s ports has been the largest in the world for the past five years with an annual growth rate of 35%. 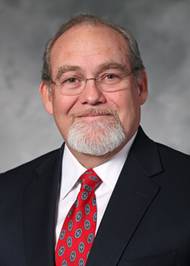 MSHIP to Team with Huntington Ingalls