Oregon's Port of Portland has set out to develop a thriving jobs center.The Port of Portland Commission unanimously approved a Master Development Agreement (MDA) with Specht Development Inc. and Colas Development Group (CDG) to manage land in Gresham for marketing and development services. As part of this MDA, the port is implementing a new framework focused on diversity, equity and inclusion (DEI) by leveraging its real estate assets to create a more equitable and prosperous region.This DEI framework will be implemented at the Gresham Vista Business Park…

NOIA President Erik Milito issued the following statement after New Jersey Governor Phil Murphy announced the creation of the nation's first purpose-built marshalling and manufacturing port dedicated to the offshore wind industry:"New Jersey is making a smart move by betting on offshore wind. A thriving and innovative American offshore wind sector is close, but we need to invest in improved ports and infrastructure to make it a reality. Expanded port and manufacturing facilities up and down the East Coast will bolster the construction bandwidth for offshore wind…

Balmoral Tanks introduced a new range of glass fused to steel (GFS) liquid storage tanks, part of the company’s portfolio of storage tanks for the water, wastewater, anaerobic digestion and processing markets.The development follows a $20m+ investment in manufacturing facilities at its South Yorkshire facility.“International markets require technology which allows their economy to thrive while being mindful of the impact on the environment,” said Allan Joyce, MD at Balmoral Tanks.

Tarmac, Forth Ports Team-up for Tilbury2

British building materials company Tarmac has partnered with London’s fastest growing port, the Port of Tilbury, to create the UK’s largest construction materials aggregates terminal at Tilbury2, the new port being constructed on the north bank of the River Thames.The work will see the creation of new aggregate processing and manufacturing facilities, including an asphalt and ready mix concrete plant, at the new port terminal, supported by the terminal’s deep sea capacity for vessels up to 100,000 metric tonnes.

German-Spanish  wind turbine manufacturing giant Siemens Gamesa Renewable Energy (SGRE) has agreed a $225m deal to buy 8.9GW of the European onshore service business of embattled Germany-based rival Senvion along with its smaller rival’s blade factory in Portugal.Senvion´s European service assets will strengthen Siemens Gamesa´s capacity and potential in an important segment. The acquisition of a Service fleet of 8.9GW from Senvion will take Siemens Gamesa to a total of nearly 69GW under maintenance…

The global shipping containers market, which amassed $9.29 billion in 2017, is estimated to reach $12.08 billion by 2023, growing at a CAGR of 4.5% from 2017 to 2023.According to a report by Allied Market Research, surge in seaborne trade, rise of transportation services, and increase in number of manufacturing facilities drive the growth in the market. However, decreasing economic growth in few nations in Europe and the Asia-Pacific region restrain the market growth.On the other hand… 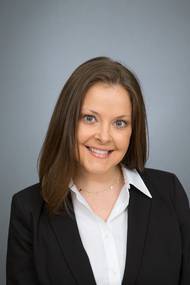 Christina Bolling has been named Vice President and Chief Administrative Officer (CAO) of DSC Dredge, LLC.She was promoted after serving five years as DSC Dredge Corporate Human Resources Director for DSC headquarters and two production facilities in Greenbush, Michigan and Poplarville, Mississippi. Bolling’s background experience of Human Resources, Leadership Development and Operations provide substantial knowledge and expertise as she reinforces each DSC department’s performance to be the best of their abilities.DSC is a global leader in the dredge manufacturing industry…

QP, Exxon to Build $10B LNG Plant in Texas

Exxon Mobil and Qatar Petroleum announced a final decision to finance a $10 billion-plus project to export liquefied natural gas (LNG) from the Texas Gulf Coast.Construction of the Golden Pass LNG export project located in Sabine Pass will begin in the first quarter of 2019 and the facility is expected to start up in 2024, said a press release.“Golden Pass will provide an increased, reliable, long-term supply of liquefied natural gas to global gas markets, stimulate local growth and create thousands of jobs…

To maintain and expand its container fleet, Hapag-Lloyd, a global container line, has purchased 3,700 Star Cool Integrated containers as part of their recent reefer investments from Maersk Container Industry (MCI). Of these, 1,000 Star Cool units will be chilled by the environmentally friendly R513A refrigerant system with a Global Warming Potential (GWP) of less than 56 percent of the commonly used R134A refrigerant. Eager to support the market adaptation of more environmentally friendly refrigerants… 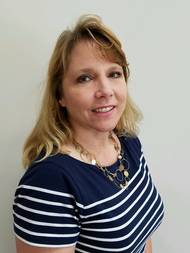 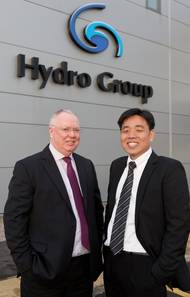 Aberdeen-headquarter subsea cable and connector specialist Hydro Group plc announced multiple Asia Pacific Business Partner agreements as the firm continues strategic growth in the region. As part of international expansion plans in 2013 the firm formed its Singapore based division, Hydro Group Asia, which has shown an annual increase of sales in the region of over £1.5 million. The five new Business Partner agreements with Uni-One in Taiwan, ISL in China, Oceanpixel in the Philippines…

Aberdeen-headquarted subsea cable and connector specialist Hydro Group plc announces multiple Asia Pacific Business Partner agreements as the firm continues strategic growth in the region. As part of international expansion plans in 2013 the firm formed its Singapore based division, Hydro Group Asia, which has shown an annual increase of sales in the region of over £1.5M. The five new Business Partner agreements with Uni-One in Taiwan, ISL in China, Oceanpixel in the Philippines…

Pentair, a global leader in creating sustainable water solutions, announced today its commitment to open two Application Centers dedicated to helping municipal, industrial and commercial companies better manage water use. The commitment is being announced in conjunction with Pentair's participation at the White House Water Summit, taking place today in honor of the United Nations' World Water Day. The Summit brings together public and private companies in an effort to catalyze ideas and actions to help build a sustainable and secure water future through innovative science and technology.

Crisis-hit yacht manufacturer Fairline Boats has been saved after the firm was bought by two Russian investors. A new company, Fairline Acquisitions, funded by two UK-based Russian investors with a background in the marine sector, is to take on the failed company’s order book and initially plans to recruit around 100 of the 380 staff who were made redundant before Christmas. It will be run by Russell Currie, who has been a Fairline dealer for 18 years where he has made sales of more than £90 million. Currie said: “I am delighted to have been appointed managing director for Fairline Yachts.

Shipping containers are defined as containers that facilitate the transport and carriage of goods without the need to unload and/or reload the cargo at intermediate points. These containers are large rectangular boxes made of a special corrosion resistant grade of steel and are characterized by high strength and durability. Containers are generally made up of aluminum and steel. The size and type built of each container comply with specifications and regulations formulated by the International Organization for Standardization (ISO).

BAE Systems has awarded a £90m contract to Morgan Sindall plc for the development of one of the UK’s largest industrial facilities at the Company’s submarine building site in Barrow-in-Furness, Cumbria, reports North West Evening Mail. The new building will sit at the heart of a £300m transformation project underway to prepare for the construction of a successor to the Vanguard class submarine. The new Central Yard Complex will offer a cutting-edge facility to fit out each section…

SCHOTTEL, a German manufacturer of marine propulsion systems, has invested a total of €45 million to open a new state-of-the-art Rudderpropeller factory, increasing the company’s production capacity by roughly 30 percent. The factory, near its headquarters in Spay, Germany, was officially opened in the summer of 2015 following a construction period of about two years. It features four production shops (up to 270 meters long and 18 meters high) and a three-storey building for administration, social and technical purposes. 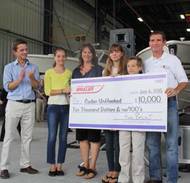 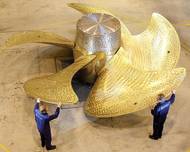 British engineering group Rolls-Royce (RR.L) said it would cut 600 jobs in its Norwegian-focused marine business in response to the lower oil price, a move it said would have a "broadly neutral" impact on 2015 profits. Rolls-Royce is in the middle of a cost-saving plan in its aero-engines business and headquarters, axing 2,600 jobs, and the streamlining of its marine business comes after a year of profit downgrades and cancelled orders. The company said that from 2016, the job cuts in marine would help generate 25 million pounds of benefits.