Responding to global COVID-19 travel restrictions, many firms are offering increased remote assistance to vessels where on-site visits are not an option.Technology company ABB said Wednesday it has increased the remote availability of technical service teams to help crews from shore at the time when many countries close borders and impose travel restrictions to curb the spread of the COVID-19 pandemic.With a network of 800 service engineers in 40 locations worldwide, ABB noted it is…

A large passenger vessel has become the industry’s first to achieve system compliance under classification society DNV GL’s framework for integrated cybersecurity.Today's vessels are increasingly fitted with integrated automation systems and digital solutions. And as vessels’ systems gorw more connected than ever before, new security threats areise, driving the need for closer and earlier collaboration on cybersecurity between all key stakeholders in the newbuilding process.ABB…

Kalmar in Service Contract with OPCSA

Kalmar, the provider of the cargo handling solutions and services to ports, has concluded an agreement to supply comprehensive preventive and corrective maintenance services to Operaciones Portuarias Canarias S.A. (OPCSA) at their Las Palmas container terminal.The Cargotec subsidiary said in a press note that the order, which comprises a Kalmar Complete Care service contract covering the terminal's ship-to-shore (STS) and rubber-tyred gantry (RTG) cranes, was booked in Cargotec's 2019 Q3 order intake with the contract coming into effect at the start of Q1 2020.Established in 1986…

Swiss-Swedish tech giant ABB  is to supply power, automation, propulsion and digital systems for the second icegoing cruise ship to be built for Lindblad Expeditions by Ulstein Verft shipyard.Destined to take exploration cruise guests sustainably and safely on voyages deep into remote polar regions, the Lindblad Expeditions Holdings, Inc. vessel will be built by the Norwegian yard Ulstein Verft to an Ulstein Design & Solutions design as a sister ship to National Geographic Endurance…

Norway's leading cargo and ferry port, the Port of Oslo has placed an order to build one of the world’s most environmental efficient working boats possible, with Grovfjord Ship Yard.The boat is especially designed for efficient collection of waste at the water surface. The contract sum is NOK 23 million. Expected delivery is December 2019.Norway's shipbuilding and maintenance services has previously built the world's first full-electric fish farming boat."Today the boat "Pelikan" keeps our harbor area clean and tidy. 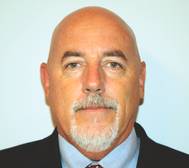 David Clark Company Incorporated (DCCI) is pleased to announce the addition of Kent Clarke as Military Business Development Manager.Kent’s initial focus will be to introduce new audiences and end users within Military and Government markets to the Series 9100 Digital and Wireless Intercom System for marine, air, and ground communication applications worldwide. Kent brings a vast background in operations, maintenance, and management to DCCI:12 years in the US Navy as an Avionics…

Mitsui O.S.K. Lines (MOL) announced that MOL, has entered into a preliminary agreement to supply a Floating Storage and Regasification Unit (FSRU), as well as Jetty Operation & Maintenance Services for the Hong Kong Offshore LNG Terminal Project on a long term contract. MOL will utilize the "MOL FSRU Challenger" built in 2017 with a storage capacity of 263,000m3 which remains the largest FSRU in the world today, to provide services to the Hong Kong Offshore LNG Terminal Project. The FSRU was constructed at Daewoo Shipbuilding & Marine Engineering Co., Ltd.

The Spanish port of Valencia could be set to break Algeciras’ virtual vessel maintenance services monopoly in the country, thanks to the availability of the eco-friendly HullWiper hull cleaner, according to the Managing Director of the company behind the diver-free system. “Until now, hull cleaning in Spain has largely been associated with Algeciras, at the southern tip of the country, due to the concentration of maintenance companies using traditional methods there,” says GAC EnvironHull’s Simon Doran. “But that could be changing.

The business portfolio internationalization and the development of river operations are two of ETE Group’s strategic focus, as referred last Friday on the 80th birthday ceremonies at Naval Rocha shipyard (in Lisbon) with the presence of the President of Portugal, Marcelo Rebelo de Sousa, the Minister for the Sea Affairs, Ana Paula Vitorino and the Minister for Environment, Matos Fernandes. According to Luis Nagy, the CEO, “at ETE Group we are  starting the ninth decade with a strong focus on the internationalization of our operations… 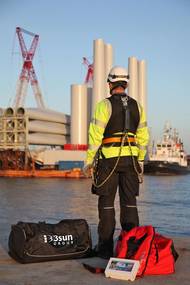 3sun Group, a specialist provider of products and services to the global energy industry, today opens a new base in Hull which aims to provide up to 50 jobs locally. The expansion strengthens the Group’s strategy to become a leading supplier of installation, inspection and maintenance services for the offshore wind industry in the UK and Europe. 3sun Group will support local energy firms such as Siemens who have recently invested in the region as part of their commitments following a number of up and coming offshore wind contracts off the UK coast.

Wood Group has secured a two-year contract extension with TAQA in the North Sea. Wood Group PSN, will continue to provide engineering, construction and maintenance services to five offshore assets - Cormorant Alpha, North Cormorant, Eider, Tern and Harding – extending an agreement in place since 2008. The value of the deal extension has not been disclosed. The two-year contract, effective immediately, also includes options for three, one year extensions. James Crawford, managing…

Global Marine Port and Service Industry to Grow at a CAGR of 4.7%

Liquefied Natural Gas Limited  is entering into two additional  key  supplier  alliance  agreements  (SAA)  with  Siemens  Energy  Inc. and EthosEnergy  Group, respectively. These  agreements  call  for  LNGL  to  work collaboratively with both Siemens and EthosEnergy on current and future Company projects. The use of global alliance agreements with key suppliers is central to LNGL’s strategy to produce standardized, repeatable designs and processes across all its projects and operations.

ASRY in Maritime Deal with Relay

UK-based engineering firm signs service agreement to provide direct services to vessels in ASRY, expanding the list of the yard’s onsite specialist contractors. ASRY, the leading ship and rig repair yard in the Arabian Gulf, has signed a specialized Services Agreement with Relay Engineering Limited, a specialist engineering company based in the UK, to offer its expertise in electrical, mechanical and constructive engineering directly to ASRY’s customers from a dedicated service point in the yard.

Zamakona Yards has signed an agency agreement with the Stewart Group, owned by RS Platou&Clarksons, the shipyard announced.   The agreement will see the Stewart Group will offer its customers Zamakona Yards repair and maintenance services both afloat and in our shipyards.   The Stewart Group was founded in 1922 by Samuel Stewart and was purchased in 2008 by the Platou Group. Subsequently the Platou/Stewarts group has been purchased by Clarksons in 2015. It operates globally with major offices in Aberdeen, London, Accra, Cape Town, Singapore and Houston.