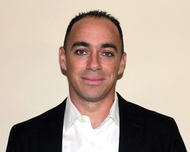 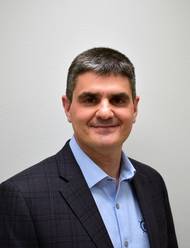 Capt. David Garlinghouse has made Navy history by becoming the first Navy Reserve security limited duty officer (LDO) to achieve the rank of captain. Vice Adm. Dixon Smith, commander, Navy Installations Command (NIC), presided over the promotion ceremony, held Aug. 2 at Washington Navy Yard. "It's hard to even describe the feeling," said Garlinghouse. "When you join the Navy as a seaman recruit, you never really think you are going to make captain. Garlinghouse has been assigned to the NIC headquarters Reserve unit since December 2013 and has been on active duty at NIC since April 2016.

Gov. John Bel Edwards appointed Tara C. Hernandez to the Board of Commissioners of the Port of New Orleans. Hernandez, who was sworn in during today’s monthly Board meeting, will serve a five-year term, succeeding Gregory R. Rusovich, one of four Orleans Parish representatives on the seven-member regional Board. Hernandez is President of New Orleans-based JCH Development, a boutique urban real estate development firm that specializes in the conversion of underutilized real estate into residential, commercial and mixed-use redevelopment projects. 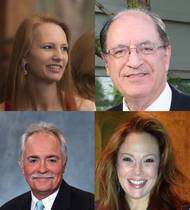 Continental Underwriters , Ltd., a subsidiary of Fidelis Group Holdings, LLC, a leading international provider for all classes of marine insurance coverages, announces that Ed Arbour III, has been appointed the Company's Director of Marketing. In this role, Arbour will join Teddy Boone and Elder Brown III in the execution of strategic marketing initiatives. Arbour has more than 35 years in insurance finance, marketing and production involving commercial property, casualty and marine insurance management. "Ed Arbour is a well-known and respected industry professional," said H.

Huntington Ingalls Industries (NYSE:HII) announced today that nine employees from its Newport News Shipbuilding and Ingalls Shipbuilding divisions were recognized for achievements in the fields of science, technology, engineering and math (STEM) during the 27th annual Black Engineer of the Year Award STEM Global Competitiveness Conference. This year's conference is being held at the Washington Marriott in Wardman Park through Saturday. Theodore A. Bush is an electrical engineer at Ingalls Shipbuilding. 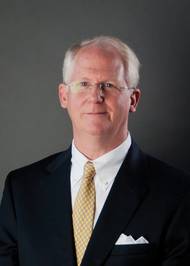 Chairman of the Board of Directors, Fidelis Group Holdings LLC and Continental Underwriters, Ltd. For those in the marine insurance and underwriting communities, H. Elder Brown, Jr. needs no introduction. That’s because over the course of the past 27 years, Brown has taken Continental Underwriters Ltd. (CUL) from a small family business to one of the largest brown water marine underwriters in the United States. More recently, Brown returned CUL to private ownership by purchasing CUL back from Houston Casualty Company in 2009. 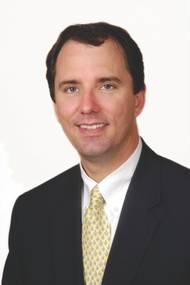 Do they save you time, money, and aggravation? Over the last decade, the legal community has embraced alternative dispute resolution modalities, such as mediation and arbitration, as tools to resolve disputes between litigants. Both of these options can be very effective in quickly resolving claims. That said, it is prudent to consider other methods before entering into any such agreement. Mediation and arbitration can be very positive for the company, but blindly agreeing to arbitrate a claim may cost your company hundreds of thousands of dollars in costs…

Jones Walker is pleased to announce that Glenn G. Goodier, a partner in the firm's Admiralty & Maritime practice was honored by the New Orleans Bar Association as the 2011 recipient of the Distinguished Maritime Lawyer award. The awards program was held on October 24, 2011, at the JW Marriott, New Orleans. The Honorable Joy Clement was one of those honoring Mr. Goodier at the luncheon. Mr. Goodier obtained his juris doctor from Loyola University New Orleans College of Law, and his Bachelor of Business Administration from Loyola University New Orleans.