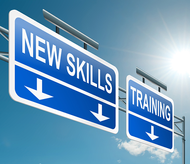 To assist maritime and supply-chain logistics industries to better compete for job applicants, the American Association of Port Authorities (AAPA) will co-host its first-ever Workforce Development Summit in Long Beach, Calif., June 25-27, in conjunction with the Port of Long Beach, Long Beach City College and TransPORTS, the official national industry intermediary chosen by the U.S. Department of Labor to expand registered apprenticeship in ports and the multi-modal transportation…

On Wednesday, officials launched the Port of Long Beach Academy of Global Logistics at Cabrillo High School, opening a new pathway to careers in international trade for young students in the city. The four-year academy, conducted in partnership with the Long Beach Unified School District, was announced in May. The “linked learning” school brings together college prep academics, demanding technical education and work-based training opportunities that prepare students for success in college, their careers and life. 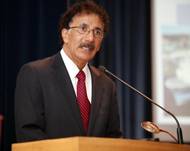 The Port of Long Beach announced Tuesday, May 13, the award of education scholarships totaling $43,500 to 28 local high school and college students. At the same time, the Port introduced an expanded Education Outreach Plan at the “Celebrating Education Reception” held at the Museum of Latin American Art. The Education Outreach Plan, which was approved by the Board of Harbor Commissioners on Monday, May 12, will dedicate $150,000 in seed money for three key initiatives: a new online education portal, a maritime career exploration fair in the fall and a teacher externship program in summer 2015. 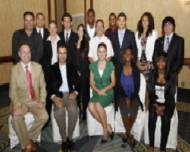 The Port of Long Beach on Friday, May 13, awarded $53,500 in scholarships to six local high school students and 14 college students to help them pursue careers in international trade and goods movement. With the latest awards, the Port has presented $388,150 in scholarships to 243 students since 1993. The goal of the Port of Long Beach Scholarship Program is to help students prepare for future careers and leadership positions in the international business community. “These students have accomplished much already and we hope that with our assistance…