ALMACO Group recently delievered 36 new luxurious Seabreeze Penthouses and two new spacious Seabreeze Penthouse Suites to Crystal Cruises’ ocean-going vessel Crystal Serenity. The project, which was part of an extensive redesign of the ship, started during the drydock at Lloyd Werft shipyard in Bremehaven, Germany, in mid-October and the suites were delivered on November 10, 2018, in Lisbon, Portugal, from where the ship sailed towards Fort Lauderdale, Fla.ALMACO’s scope of work…

Pipe-laying equipment from the Dutch company Huisman Equipment has been ordered by Lloyd Werft Bremerhaven for CEONA's new ship. Work has started at Lloyd Werft Bremerhaven AG on the multi-functional offshore construction vessel and pipelaying platform Ceona Amazon for London-based shipping company Ceona. The 33,000 gt DP2-equiipped newbuilding, 199.4 m long, 32.2 m wide and drawing 7.5 m, will be part of a new generation of vessels in the Ceona fleet, and she is due to enter service in late 2014.

Lindblad Expedition's Polar excursion ship 'National Geographic Explorer' is in the German yard for refit & DNV class surveys. "This contract is just right for us", said a satisfied Rüdiger Pallentin, Board Member of Lloyd Werft. For completion by May 15, 2013, in the yard’s Kaiserdock 1 is a ship requiring basic technical work mainly extensive repairs to the thruster, rudder and shaft plant. For Project Manager Carl Ratjen and his team it is not only a question of the workload itself but also of the demanding time schedule set for the job. 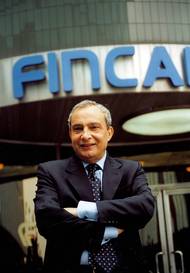 In the cruise ship sector, the Fincantieri name is no stranger, having since the early 1900s built some of the most appreciated liners, including the legendary transatlantic Rex, built in Genoa, winner of the Blue Riband in 1933. Nowadays, cruise remains its core and Fincantieri is famous for its gigantic cruise ships; in 2013 the company delivering three. But it has diversified in recent years to ensure its future. Recent studies calculate that the European shipbuilding industry can count approximately on the 7% of new global orders… 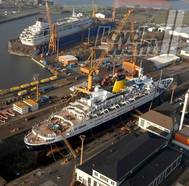 Cruise Ships Smarten Up in Bremerhaven

Three big cruise ships visit Lloyd Werft Bremerhaven AG in the coming days and weeks to be spruced up for the 2013 cruise season. The ships are the MS "Braemar" and the MS "Balmoral", belonging to new customer Fred Olsen Cruise Lines, and Saga Shipping Corporation’s MS "Saga Ruby", better known previously to the yard as Cunard’s "Caronia". In the meantime Cunard’s 294 m long, 90,049 gt cruise ship "Queen Victoria" has returned to passenger service. That came after the original contract was extended to include the additional installation of a new type of exhaust gas cleaning plant or scrubber.

Lloyd Werft will in the future be represented in the U.S., Canada, Mexico, Bermuda, the Bahamas and Costa Rica by Vogler Marine Agencies LLC. Lloyd Werft Bremerhaven will have a stronger presence from now on in one of its most important core markets. Vogler Marine Agencies LLC, which has been one of the most successful international agencies since 1995, will represent all of the yard’s production sectors, not only in the U.S., but also in Canada, Mexico, the Bahamas, Bermuda and Costa Rica with immediate effect.

Cruise ship building will again be a prominent at SMM 2010, the 24th international shipbuilding fair at Hamburg Fair site from 7 to 10 September 2010. The big exhibitors will include the stands of Fincantieri, Meyer Werft and STX Europe. These shipbuilding companies in the cruise vessel segment are coming to the SMM 2010 with well filled order books. SMM 2010, 24th shipbuilding, machinery & marine technology international trade fair hamburg, showcases some 2,000 exhibitors from 60 nations.

Shipping company owner Peter Harren said declared the building of four specialized heavy lift vessels at Lloyd Werft in Bremerhaven “a grand achievement.” At the same time, Harren backed up the hope that Rüdiger Pallentin, Managing Director of the Lloyd Werft shipyard had expressed when the last of this construction series was delivered, underlining: “I am fairly certain that there will be no more than a brief pause in our cooperation.” At the Danish/German joint venture K/S Combi Lift…