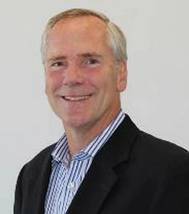 Survitec appointed Ron Krisanda as Executive Chairman for its worldwide life-saving equipment business. In this newly created role, he will lead both the Survitec Board of Directors and the Executive Management Team.Krisanda's business experience includes roles as Chairman, President, CEO and COO across various global manufacturing and service businesses. Most recently, he was CEO of Quality Metalcraft - Experi-Metal, Inc. He has been a member of its Board of Directors since 2015 and will continue in this role.

The globally exclusive HydroPen distributor and leading safety solutions expert, VIKING Life-Saving Equipment, has announced the signing of a fleetwide contract with a major global container shipping operator to integrate the HydroPen System for container firefighting. Beyond the revolutionary system developed by Rosenby Engineering, the scope of supply also includes MED approved mobile water monitors, providing a further boost to the operators’ onboard fire safety setup.Closing the container safety gapWith the deal…

After two years of slightly declining revenue, VIKING Life-Saving Equipment A/S is seeing growth once more, said the global market leader in maritime and offshore safety.In 2018, VIKING acquired the Norwegian manufacturer of lifeboats Norsafe AS. Adjusting for the costs of integrating this business and the impact on revenue in the last quarter of the year, the results show growth in both revenue and earnings.“We were able to deliver growth in activities and earnings in the original VIKING business… 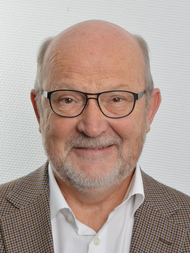 The Inflatable Safety & Survival Equipment Technical Association (ISSETA) has elected the Danish self-proclaimed “liferaft man”, Erik Søndergaard, Secretary.Søndergaard has held various leading management positions for both Survitec and VIKING Life-Saving Equipment and comes with extensive knowledge about the maritime industry. He retired a few years ago and looks forward to again being a part of the industry he loves so much.Since 2000, Ian Brindle has served as Secretary of ISSETA.

Kudos for Norsafe from Australian Navy

Norsafe, global leader in marine life-saving equipment, has received a glowing recommendation from the Australian Navy for the quality of its lifeboat servicing on one of the Navy’s replenishment vessels HMAS Sirius. The work on the HMAS Sirius involved lifeboat overhaul and upgrade plus Non-destructive testing (NDT) inspection and overhaul of the winches and davits. Norsafe Australia received an e-mail from Chief Petty Officer Ben Reid which said, “I would like to express my…

DNV GL has issued a report on fire incidents in Ro-Ro spaces to address growing safety concerns in this segment and provide guidance to shipowners. DNV GL’s “Fires on Ro-Ro decks” has examined fires within Ro-Ro spaces on Ro-Pax vessels, vehicle carriers and general Ro-Ro cargo vessels and has identified 35 such fires between 2005 and 2016. A previous DNV GL paper on Ro-Ro fires, published in 2005, had counted 25 fires in Ro-Ro spaces between 1990 and 2003. “We would like to contribute with facts, as well as with our experience.

Norsafe has become the first lifeboat manufacturer to provide STCW and Norwegian Oil and Gas (NOROG) compliant training courses for seafarers. This means that the company is the only lifeboat manufacturer that offers production, servicing and certified training in the operation and maintenance of lifeboats and lifeboat crew. Gaining STCW approval is very timely for Norsafe as the Manila 2010 Amendments to the STCW-78 Convention stipulates that seafarers, who are qualified in the following areas…

One of the most dangerous jobs in America is commercial fishing, and Dungeness crab fishing is the most deadly of all West Coast commercial fisheries. Aiming to help reduce the number of deaths, injuries and accidents, U.S. Coast Guard fishing vessel safety experts will visit Northern California fishing ports in early November ahead of California's commercial Dungeness crab season. The season is scheduled to begin at midnight November 14 for the central coast (Avila-Morro Bay to the mouth of the Russian River) and December 1 for the northern coast (Russian River to the Oregon border).

Search and rescue (SAR) authorities and organizations in developing nations are under resourced and overwhelmed because of the size of the rivers, lakes and coastlines they have to monitor. This is one of the main conclusions from a report on ferry accidents commissioned by the International Maritime Rescue Federation (IMRF) – the UK based charity – presented at the World Maritime Rescue Congress (WMRC) in Bremerhaven yesterday and coinciding with the ferry disaster on the Yangtze River in China, one of the countries featured in the study.

Marine safety equipment leader VIKING Life-Saving Equipment will appear in force at Nor-Shipping 2015, displaying both innovative products and services that are proving popular with shipowners around the world. Few innovations in the safety equipment servicing arena have caught on as strongly as VIKING’s Shipowner Agreements. Based on the concept of fixed prices and centralized, single-source servicing for multi-brand safety equipment, these agreements have been rapidly adopted by forward-thinking shipowners across the globe.

A U.S. Coast Guard (USCG) aircrew dropped medical supplies to a Colombian fishing vessel 900 miles northwest of Galapagos Island, Sunday, the USCG informs. At approximately 10 p.m., Saturday, Coast Guard 11th District watchstanders received a call from personnel aboard the fishing vessel Sea Gem, a Colombian-flagged purse seiner, requesting medical supplies for two injured crewmembers aboard. The operator of the vessel reported they were conducting routine fishing operations in air and on water when their helicopter’s cabin caught on fire. 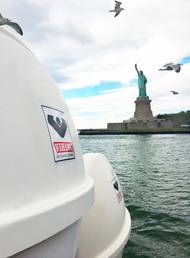 For the 2014 financial year, VIKING Life-Saving Equipment A/S has again managed to lift both its top and bottom line to record levels. Turnover grew 7 percent to DKK 1.728 billion, and pre-tax profits reached DKK 183.7 million – an increase of 30 percent. “The market continues to embrace the new products we’ve introduced in recent years, and our growth is broadly distributed across geographies” says VIKING’s CEO, Henrik Uhd Christensen. “But we’re operating in a global market that is still under pressure in passenger and cargo shipping…

“When it comes to passenger suits for helicopter transfer, there are a number of commonly used materials and features that are well-suited to the task,” says Jens Peter Kruse, Vice President, PPE at leading maritime and fire safety equipment manufacturer and service provider VIKING Life-Saving Equipment. Jens Peter is referring to VIKING’s latest addition to what is already the widest range of ETSO- approved suits on the market: the PS5040 suit, the newest in advanced PPE clothing for transferring personnel to and from offshore platforms.

The New Fitzwright Liferaft is now available in Canada. FitzWright Survival Inc., has been recognized for over 30 years as one a high quality manufacturer of Life-Saving Equipment in Canada. FitzWright is proud to announce that it has expanded its product offering under the FitzWright Brand to bring a far greater variety of products to the market. The showcase of this new Life-Saving Equipment Program launch is FitzWright’s NEW Transport Canada and SOLAS Approved Liferafts. The FitzWright Liferafts have been designed and built to not only meet the challenging approval requirements…

Northeast charities and golf clubs benefit from EnQuest’s $120,000 donations. Fifteen golf clubs across Aberdeen City and Shire have been gifted life-saving equipment worth a total of more than $24,000 by leading North Sea oil producer, EnQuest, in partnership with safety training and offshore services specialist, Falck Safety Services. Automated external defibrillators (AEDs) were donated to each of the clubs following EnQuest’s annual charity golf day in June which raised more than $120…

VIKING Steps Up Pace of Innovation at SMM

This year’s SMM in Hamburg will see VIKING release more innovations than at any other point in its 50-year history, including new developments in PPE clothing, safety equipment outsourcing, onboard training solutions, and evacuation systems, as well as a catalogue that almost doubles the number of maritime products. Esbjerg, Denmark, September 2014 – Riding high on market successes, marine safety equipment manufacturer VIKING Life-Saving Equipment’s product developers have…

The Polar Code has been under development at the IMO for a considerable length of time but will reach fruition during 2014 after which it will be offered to the various nations to ratify. The Code seeks to provide a common reference for those ship owners, designers and – more importantly, perhaps – the ship users who will be operating inside the Arctic or Antarctic regions. The South Polar Region is already covered for a host of aspects by the Antarctic Treaty which has now been in force for many years.