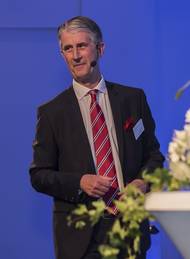 In a move designed to support owners in difficult trading conditions, for the second year running The Swedish Club has announced a zero percent general increase for the up-coming P&I renewals 2017-2018. Speaking at the Club’s Board meeting in Bangkok, Lars Rhodin, Managing Director of The Swedish Club, said that entered tonnage on the P&I side of the business was sustaining controlled growth, a continued appreciation from the Club’s members for the zero general increase previously declared for 2016/2017. 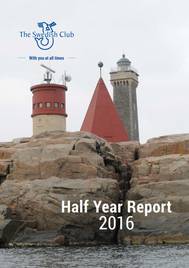 The Swedish Club demonstrated a solid performance in the first six months of the accounting year with the announcement of its half-year results today. With balanced underwriting, the Club delivered an operating surplus of $11.2 million, resulting in a combined ratio of 100 % - an outcome of stable claims frequency and severity. This fortified the Club’s average over a seven year period to below 100 %. Investment returns encountered substantial volatility during the period, particularly in the first quarter of the year and in connection with the Brexit outcome, but delivered a return of 3.0 %.

Can You Handle a PR Crisis? Asks The Swedish Club

If your ship sinks, can you answer the questions the public wants answered? Are you and your team prepared should the unthinkable happen? Could a perfect media storm happen on your watch? These were the questions posed to an audience of shipowners, brokers and other key members of the shipping community by Lars Rhodin, Managing Director of The Swedish Club at its 144th AGM, held in Gothenburg on June 16th. The theme of this year’s Club AGM – ‘What can be done when the damage is done?

The Swedish Club reported to its board today that it has achieved a consistent 2015 underwriting performance with financial stability and cost-efficient quality services for its members. It delivered a balanced underwriting result, despite higher claims activity and increased volatility, and demonstrated a resilience that is underpinned by diversification in its product lines, based on prudent management, the Club announced. The year began with a series of major casualties, including total losses which were far beyond what could be expected in terms of probability.

The Swedish Club announced the appointment of a new Chief Financial Officer, Mikael Kromli, who will take up the position on June 15, 2015 and will be based in Gothenburg. Kromli, a Swedish national, brings with him experience in the corporate finance field, especially in the areas of investor relations, treasury and risk management in the insurance sector. A past CFO in Sweden’s Volvo Group and at TitanX, Kromli has also worked as CFO at Nobel Biocare, at the time a listed company on the Stockholm Stock Exchange.

The Swedish Club reported a solid operating result to its board today, continuing a record of building on steady growth. 2014 was seen as a stable year, where the underwriting result outperformed the fi­nancial performance and the insurance products across the board returned a staunch to high surplus. Renewals were in line with that market environ­ment showing a modest increase in both tonnage and new members. Importantly, the Club was able to demonstrate almost 100% member retention - affirming the high levels of customer satisfaction it has reported throughout the year.